FILE PHOTO: A pharmacy employee looks for medication as she works to fill a prescription while working at a pharmacy in New York December 23, 2009. REUTERS/Lucas Jackson (UNITED STATES

Democrats have been critical of efforts by the Trump administration to bring down drug prices after Trump, a Republican, promised to do so during his 2016 campaign and since being elected. They have said administration proposals let big drugmakers off the hook and did not do enough to help Americans.

“I say to the president: No more talk, no more tweet. No more commotion, emotion and motion and no results,” Democratic Representative Elijah Cummings said at a news conference on Thursday. Cummings became chairman of the House Oversight Committee after Democrats regained control of the chamber this month.

“Americans want government to help them. And this is something you can do to help all Americans,” Cummings said, addressing Trump.

The proposed legislation, which has several co-sponsors among Democrats in the House of Representatives and in the Republican-led Senate, is comprised of three bills that aim to curb drug costs.

The U.S. Department of Health and Human Services last year rolled out a plan to lower drug prices and has introduced several modest proposals to curb medicine costs, but Trump has expressed frustration over continued price hikes by drugmakers.

In response to increased pressure, however, most drugmakers ended their practice of annual double-digit percentage increases of list prices, keeping most under 10 percent.

The Sanders and Cummings bill would peg U.S. prescription drug prices to the median price from five countries – Canada, Britain, France, Germany and Japan – where drug costs are typically far lower because of government price controls.

That is similar to a proposal the Trump administration said it plans to put forth in the coming months that would create an “international pricing index” to help the cost of prescription drugs to Medicare more closely align with other countries. The government health insurance program covers more than 40 million older and disabled Americans.

The bill would also allow the U.S. Secretary for Health and Human Services (HHS) to negotiate prices in Medicare Part D, a program that helps Medicare beneficiaries pay for self-administered medicines like those purchased at drugstores.

The proposal would also end a ban that keeps Americans from buying medicines at lower prices from Canada and other countries.

Drugmakers opposed Sanders’ and Cummings’ legislation, arguing that it was not the right way to address prescription drug affordability. Pharmaceutical companies have long argued that price controls in the United States would stifle innovation and that importing drugs from other countries is unsafe.

“The proposals from Senator Sanders would wreak havoc on the U.S. health care system,” the Pharmaceutical Research and Manufacturers of America (PhRMA), the industry’s top U.S. lobbying group, said in a statement.

“They would interfere with patient access to medicine, while also undermining the U.S. intellectual property system, replicating the flawed policies of foreign governments and circumventing the U.S. Food and Drug Administration’s robust safety standards,” the group said.

They also say that rebates and discounts they must pay to insurers and pharmacy benefit managers (PBMs) to ensure patient access to their products – and that are not passed on to consumers – forces them to keep list prices high. Trump administration proposals have singled out so-called middlemen like PBMs as a big part of the problem. 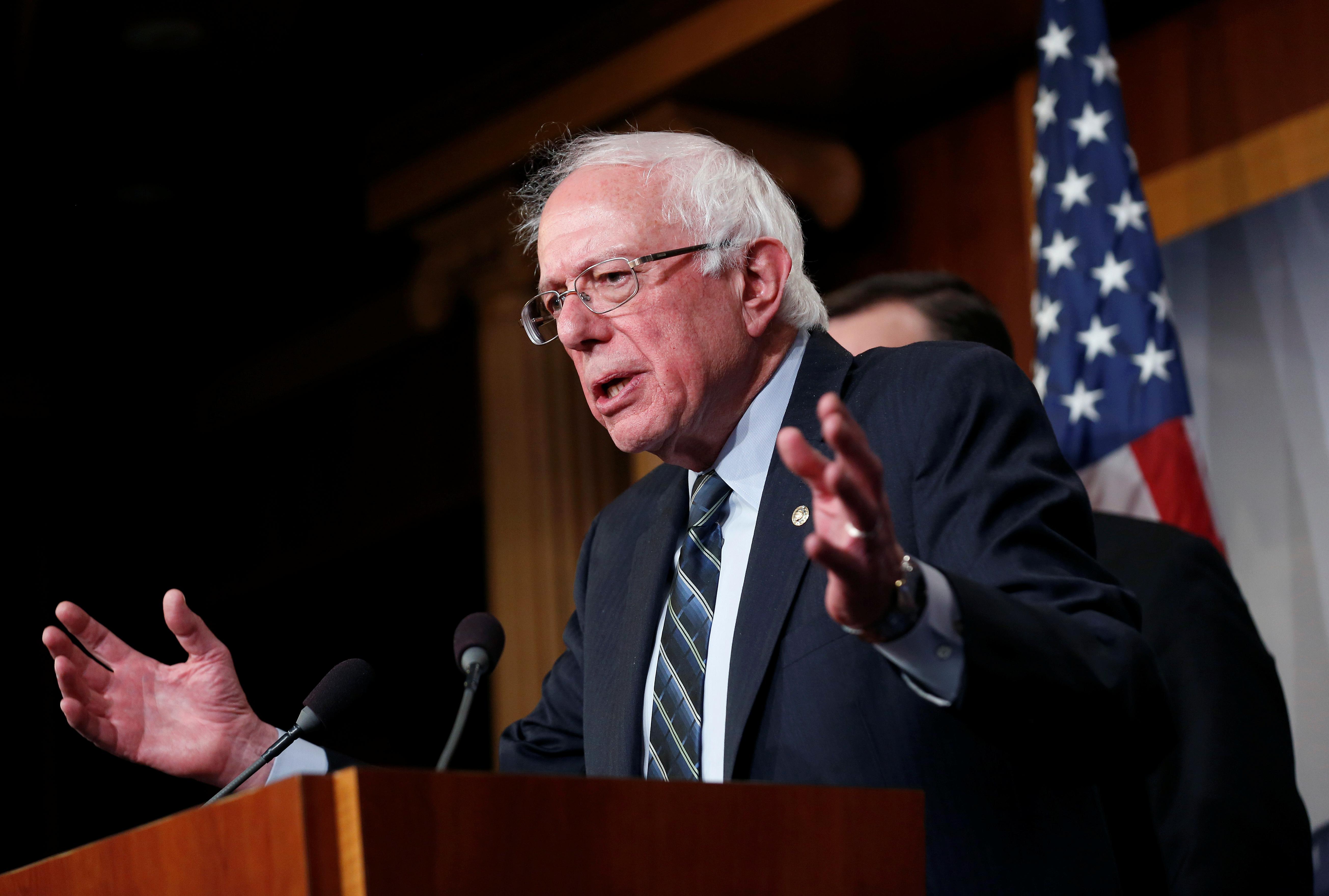 “While Americans cannot afford the prescription drugs they desperately need, the pharmaceutical industry year after year makes huge profits and pays an outrageous level of compensation to their CEOs,” Sanders, an Independent who caucuses with Democrats, said Thursday at a news conference.

“(Trump) and I will not stop our work until list prices go down,” Azar wrote on Twitter on Wednesday.