The focus on gamer-friendly features appears to be a shift away from Samsung’s previous positioning of the Note as a productivity-boosting device, and is an attempt to lure younger customers as the company’s smartphone sales falter.

Sprint Corp (S.N) will introduce the smartphone on August 24 and offer a 50 percent discount as part of a promotional scheme.

Samsung also launched the Galaxy Home speaker, a device that will use its Bixby voice assistant and compete with similar products from Amazon.com Inc (AMZN.O), Apple Inc (AAPL.O) and Alphabet Inc’s (GOOGL.O) Google.

The company last month posted its slowest quarterly profit growth in more than a year as rivals such as China’s Huawei Technologies [HWT.UL] nipped at its heels, challenging the market leader with cheaper, feature-packed models.

An industry source said the new Note would be priced similarly to its predecessor Note 8, which sold at around $950. The Note 8 sported dual rear cameras and the biggest screen to date on a Samsung smartphone.

The new Note will support up to 1 terabyte of memory – it will have a 512 GB version that will support an additional 512 GB memory card – the source said, making Samsung the first major smartphone maker to sell a 1TB phone.

Samsung launched the Note 9 at 11 a.m. in New York on Thursday, or Friday midnight in Seoul. The new Note is set to hit stores on Aug. 24, Samsung said.

The launch comes about three weeks earlier than its predecessor’s release date, a move prompted by increased competition in the second half of the year as rivals release new smartphone models. 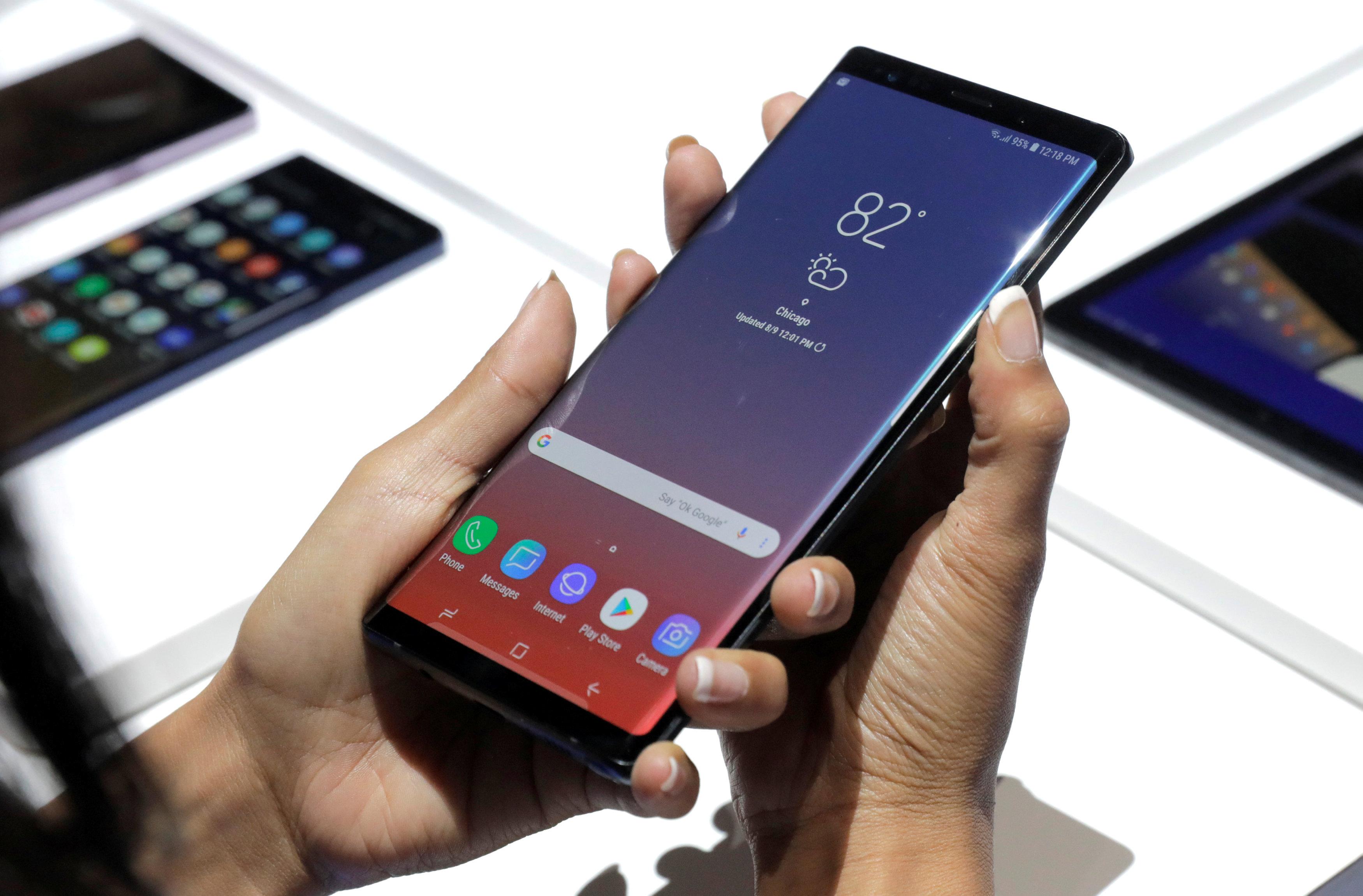 During the event, the company also unveiled its Samsung Galaxy watch with a wireless pad and charger duo for its watch and Note 9.

Samsung said the Note 9 will be the first Android phone to support Fortnite, a hugely popular video-and-smartphone survival game that was only playable on computers, consoles and Apple products until now. Lovers of the game will get an exclusive Note 9 character skin or alternative appearance for characters.

The phablet – a cross between a smartphone and a tablet – would also be able to cool down quickly during game sessions that typically heat up phones a lot.

Its S Pen stylus is Bluetooth-enabled and designed to act as a remote for controlling YouTube video playback.

For its smart speakers, Samsung has partnered with Spotify Technology SA (SPOT.N) for music streaming. Spotify shares rose nearly 5 percent to $186.96 after the announcement.

“We expect the Note 9 to sell more than its previous model and we will mobilize all our sales and marketing resources to ensure the successful launch,” KyeongTae Lee, Samsung’s vice-president of mobile communication, told investors on the company’s earnings conference call last week.

Samsung does not break out shipments of its smartphone models, but analysts reckon it has shipped around 10 million Note 8 models so far.

The company hopes to break through its sales slump with the new Note, after it reported last month that its flagship Galaxy S9 phone missed sales targets. Profit in the mobile division fell by a third in the April-June quarter.

Chinese rival Huawei predicted last week it would become the world’s top smartphone seller by volume – displacing Samsung – in the final quarter of next year.

Meanwhile, Apple Inc (AAPL.O) managed to sell more of its $1,000 iPhone Xs in the June quarter and regain some favor in China.

(The story is refiled to remove extraneous text in paragraph three.)