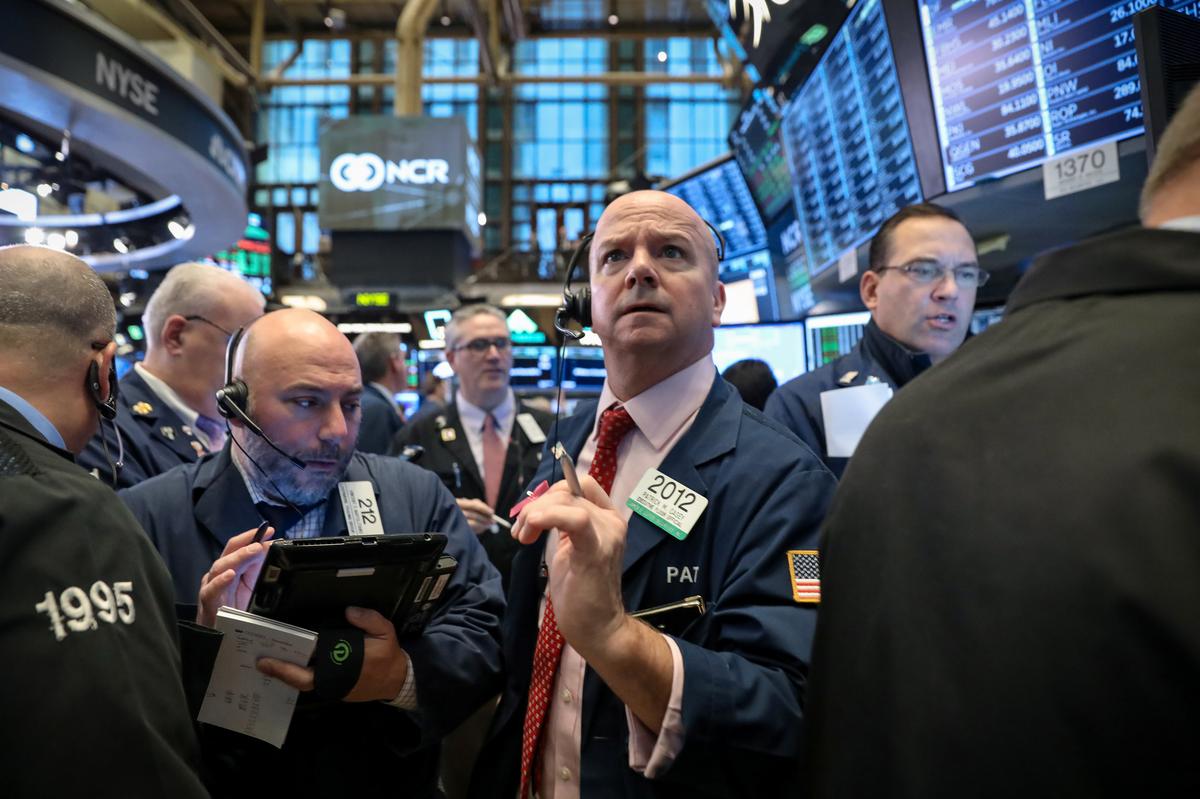 NEW YORK (Reuters) – The S&P 500 and Dow Industrials rose on Friday after President Donald Trump said the United States may not have to impose further tariffs on Chinese goods, but falling shares of Nvidia Corp (NVDA.O) dragged down the Nasdaq.

All three indexes had been lower in early trade as an underwhelming outlook from Nvidia weighed on the tech sector.

“The market is paying attention very closely to anything surrounding trade,” said Veronica Willis, investment strategy analyst at Wells Fargo Investment Institute in St. Louis. “(A trade deal) would boost expectations for global growth, which would ultimately be good for stocks.”

But lagging Nvidia shares kept the Nasdaq in negative territory.

Nvidia’s shares tumbled 18.8 percent after the chipmaker pointed to the decline in cryptocurrency mining as the cause of its declining sales. The chipmaker’s shares also weighed on the Philadelphia SE Semiconductor index .SOX, which declined 1.2 percent.

Facebook shares also dropped 3.0 percent upon renewed concerns that the company could face regulatory scrutiny following a New York Times report on Wednesday about the company’s attempts to deflect criticism of its handling of Russian propaganda.

S&P 500 energy .SPNY stocks rose 1.1 percent as oil prices recovered from sharp losses this week on expectations that OPEC and its allies would agree to cut output next month.

S&P 500 utility stocks also jumped, advancing 1.3 percent, as PG&E Corp (PCG.N) shares surged 37.5 percent. Statements from the California Public Utilities Commission raised hopes that the embattled company could be spared from bankruptcy if it were found liable for the state’s deadliest-ever wildfire.

Advancing issues outnumbered declining ones on the NYSE by a 1.20-to-1 ratio; on Nasdaq, a 1.03-to-1 ratio favored advancers.

Volume on U.S. exchanges was 8.18 billion shares, compared to the 8.61 billion average over the last 20 trading days.