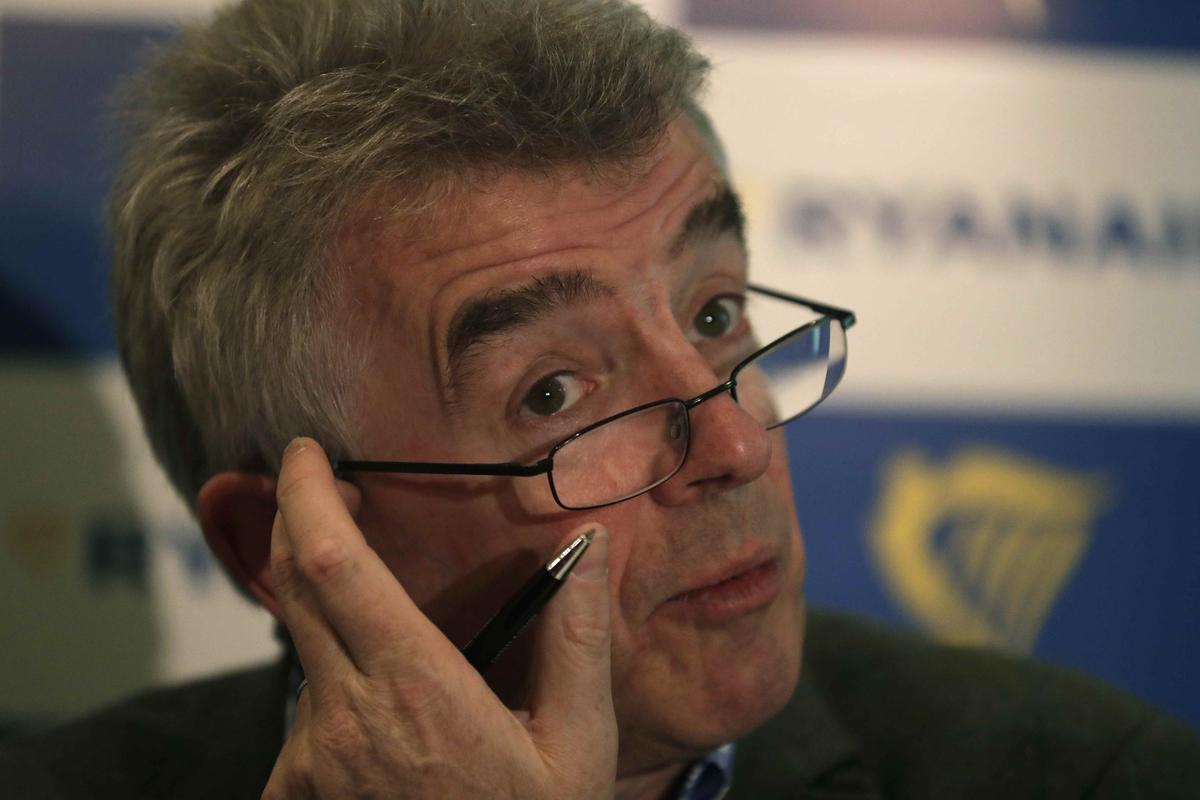 DUBLIN (Reuters) – A pilot group that helped spearhead a staff revolt at Ryanair (RYA.I) last year has called on Chief Executive Michael O‘Leary to resign in the latest sign of strains in staff relations at Europe’s largest low-cost airline.

The European Employee Representative Council (EERC), an unofficial pan-European body set up by Ryanair pilots to mobilize for better conditions last year, said it believed large numbers of pilots were leaving the airline and that O‘Leary had failed to resolve the problem.

Several pilot unions have said that the EERC represents a significant number of the airline’s more than 4,000 pilots, but Ryanair management has dismissed it as a front for “competitor pilot unions.”

In a letter to O‘Leary seen by Reuters, the EERC said that the number of pilots leaving the airline had not decreased since a shortage of standby pilots last year led the airline to cancel 20,000 flight and trim its growth plans.

“By our assessment, it looks like further cancellations are inevitable due to the continuing resignations of pilots,” the letter said.

A senior Ryanair executive earlier this month said the airline had more than enough pilots to operate its schedule.

The letter said pilots had noticed in recent weeks an increase in the number of requests to work on days off, something pilots say happened in the lead-up to the cancellations.

At the same time, the letter repeated an offer to help convince pilots to work extra hours and it described O‘Leary’s predictions of strike action in the coming weeks as “alarmist.”

The airline averted widespread strikes ahead of Christmas by announcing plans to recognize pilots’ unions for the first time in its 32-year history.

But talks with pilot unions to formalize union recognition and improved terms have stalled in recent weeks. While Ryanair says talks are ongoing in seven countries, only British union BALPA has signed a recognition agreement.

“We suggest you leave now, and we call on the board and investors to engage a new CEO to return this airline to its rightful place,” the EERC letter said.

Ryanair said in a statement that the EERC and its communications had “no legal standing or validity.”

It said that 80 percent of Ryanair pilots had already accepted a 20 percent pay increase that the EERC has opposed on the grounds that accepting it could prejudice future talks between management and trade unions.