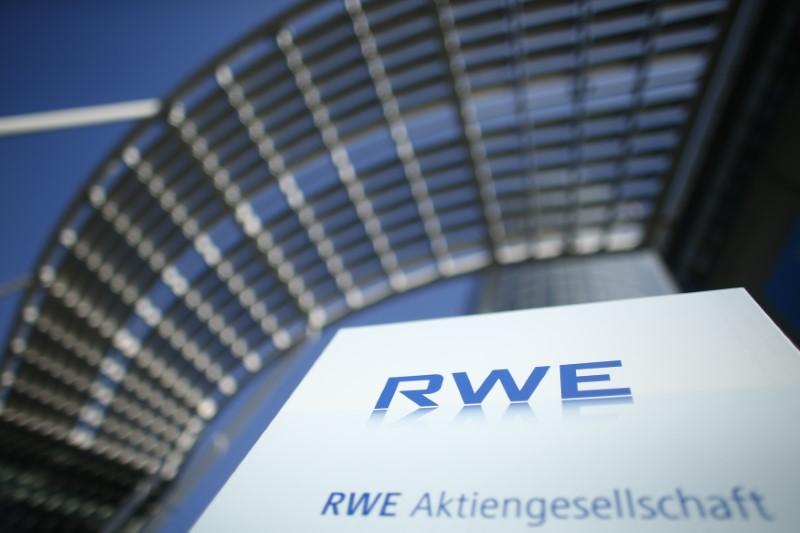 ESSEN/DUESSELDORF (Reuters) – Germany’s top utilities on Sunday announced plans to break up Innogy (IGY.DE), whose assets will be divided among parent RWE RWED.DE and rival E.ON EONGN.DE in the sector’s biggest overhaul since a landmark move to exit nuclear power.

The deal, which includes E.ON making a 5.2 billion euro ($6.4 billion) takeover offer to Innogy’s minority shareholders, spells the end of the network, renewables and retail energy group, carved out from RWE two years ago, as a standalone unit.

Chancellor Angela Merkel’s decision to abandon nuclear power after Japan’s Fukushima nuclear disaster in 2011 has forced the sector to radically restructure in order to survive and already caused major plant shutdowns and billions of euros of losses.

Peter Altmaier, the next economy minister and a close ally of Merkel, said the deal was a consequence of that shift, known as the “Energiewende” in German. The companies had to adapt, he told the Rheinische Post newspaper.

Through the deal, which includes a share issue and asset swaps, E.ON will acquire Innogy’s prized regulated energy networks and customer operations, while RWE will take on the renewables businesses of both E.ON and Innogy.

That would position RWE, which relies heavily on coal and gas-fired power plants, as a champion of the shift away from fossil fuels towards a more sustainable mix of energy sources. RWE kept 76.8 percent of Innogy after the 2016 carve-out.

A source involved in the deal said it would be slightly more beneficial to E.ON, which would become a bigger regulated business by adding more networks, while RWE would end up owning interests in the riskier and more competitive renewables sector.

The source said that E.ON had been in a better bargaining position after RWE shopped Innogy to other European rivals, including France’s Engie (ENGIE.PA), Italy’s Enel (ENEI.MI) and Spain’s Iberdrola (IBE.MC), without striking a deal.

“This looks like an advantageous step for E.ON at first glance,” said Thomas Deser, fund manager at Union Investment, which holds shares in E.ON, RWE and Innogy.

“Through the renewable pipeline, RWE, too, should be able to offset its dwindling nuclear and lignite business as well as attract partners for the expansion of its wind business.”

The all-German transaction comes less than two years after E.ON and RWE both split up their businesses to separate legacy fossil fuel power plants from more promising networks and renewable assets.

E.ON in January agreed to sell a remaining 46.65 percent stake in its power plant and trading unit Uniper (UN01.DE), which it spun off in 2016, to Finland’s Fortum (FORTUM.HE), a deal expected to close later this year.

The RWE-E.ON swap will also hand RWE – Germany’s biggest electricity producer – a 16.67 percent stake in E.ON by way of a 20 percent capital increase. RWE will pay another 1.5 billion euros to E.ON to close a valuation gap that results from the complex structure of the asset swaps.

The transactions, which still require approval from the company’s boards, face scrutiny by European Union regulators as well as from Germany’s Federal Cartel Office, which did not respond to an emailed request for comment.

Innogy has been in turmoil since Chief Executive Peter Terium resigned in December in the wake of a profit warning and Chief Financial Officer Bernhard Guenther fell victim to a recent acid attack.

Innogy has been the target of persistent takeover talk, with sources saying recently that RWE had talked to Engie and Italy’s Enel about a possible asset-swap deal. Other firms linked to Innogy included Iberdrola and Australian bank Macquarie (MQG.AX), an acquisitive infrastructure investor.

Innogy reports its annual results on Monday, while RWE does so on Tuesday and E.ON on Wednesday. The supervisory boards of both RWE and E.ON were due to meet on Sunday to review the deal, according to people familiar with the matter.

RWE’s municipal shareholders, VkA, which jointly hold about 23 percent in the group, were caught off-guard by the announcement and said the plans would have to be thoroughly examined.

If approved, the deal could result in synergies of about 500 million euros, analysts at Bernstein estimate, pointing to double-staffing on the customer support side.

Labour sources welcomed the plans, saying that each company individually was unable to fund the networks, renewables and customer business in an adequate ways, but added talks about job protection would be a key demand.

Under the proposed transaction, E.ON would make a voluntary cash offer to buy RWE’s Innogy stake valued at 40.00 euros per share, E.ON said in a filing issued early on Sunday. Innogy shares closed at 34.53 euros on Friday.

This price includes an offer of 36.76 euros per share plus assumed dividends of Innogy for the fiscal years 2017 and 2018 in the total aggregate amount of 3.24 euros per share, E.ON said. RWE will not participate in the offer.

E.ON also agreed to transfer most of its renewables business to RWE, including minority interests currently held by E.ON’s subsidiary PreussenElektra in the RWE-operated nuclear power plants Emsland and Gundremmingen.