Shares in Europe’s biggest bank dipped in London as investors and analysts await clearer signs of progress in the new HSBC management’s strategy of shifting into growth mode after years of shrinking its global empire.

HSBC reported on Monday a pretax profit of $10.7 billion in the six months through June, up 4.6 percent from the year-ago period.

As the bank spent on hiring more frontline staff and expanding digital capabilities, its costs climbed 6 percent to $17.5 billion.

“HSBC is struggling to convince that its current restructuring to pivot the group toward Asia is delivering the hoped for pick-up in growth,” said Steve Clayton, manager of the Hargreaves Lansdown UK Income Shares fund.

HSBC Chief Executive John Flint, who started in the job in February, set out a three-year plan in June to invest $15-17 billion in areas such as technology and in China.

“We are taking firm steps to deliver the strategy we outlined in June. We are investing to win new customers, increase our market share, and lay the foundations for consistent growth in profits and returns,” Flint said in a statement.

Flint is part of a new management duo at the top of HSBC after Mark Tucker joined as chairman last October.

The main points of the bank’s refreshed strategy came as little surprise to HSBC investors, with the focus squarely on further expansion in China and its prosperous southern Pearl River Delta region in particular.

The bank is also seeking to expand further in the British mortgage market as one of eight new strategic targets. 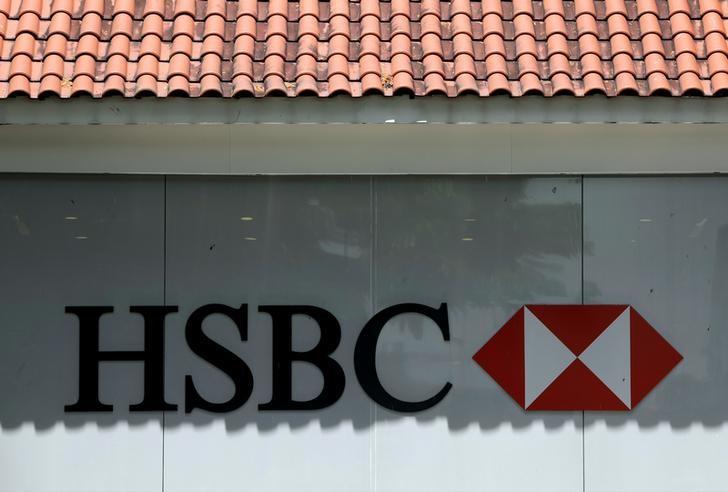 Pretax profits for the first half from Asia jumped 23 percent to $9.4 billion, representing 88 per cent of the group total.

The bank has not seen any impact yet either on its own performance or that of its customers from rising U.S.-China trade tensions, Flint said, but is concerned about how tit-for-tat tariffs could affect investor confidence.

“I’d be concerned the general rhetoric has a bad impact on investor sentiment and investors go risk-off,” Flint told Reuters.

HSBC’s retail banking and wealth management, and commercial banking divisions performed most strongly in the first half, Flint said, adding both continued to gain from a positive interest rate environment.

The bank’s strong performance in its core Asian markets was marred by tumbling profits elsewhere.

HSBC said it has set aside $765 million to resolve a civil claim by the U.S. Justice Department over allegations the bank missold toxic mortgage-backed securities in the run-up to the 2007-8 financial crisis.

The settlements wiped out almost all of the bank’s profits for the first half of the year in North America, where it is trying to turn around a U.S. business that has for years underperformed.

Part of that plan includes a push into the U.S. credit card and personal loans market, where it faces a battle against heavily entrenched domestic competition.

Flint told Reuters it is too soon to see any results from that new strategy.

HSBC’s shares are unlikely to climb significantly until the bank can show its revenues rising above increased costs, analysts and trader said, describing a trend known as ‘positive jaws’ in city parlance.

“Our business plans do see us get to positive jaws at the end of the year,” Flint told analysts on a conference call, citing the benefits of rising interest rates on the bank’s profits as one contributor to that outlook.