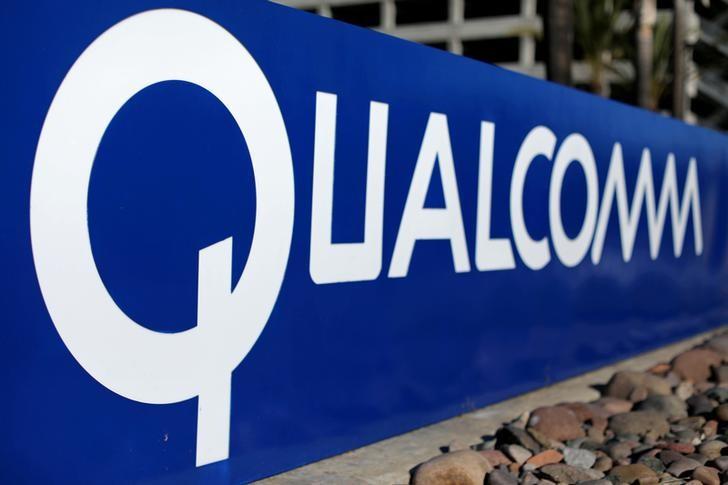 (Reuters) – Qualcomm Inc (QCOM.O) on Friday called a meeting with Broadcom Ltd (AVGO.O) to discuss the latter’s $121 billion bid constructive and opened the door to more talks, but continued to reject the proposed deal between the semiconductor companies.

Qualcomm’s response raises the stakes in a battle over what would be the technology sector’s largest-ever acquisition. The two companies have less than three weeks to negotiate a potential deal until Qualcomm shareholders are asked to vote on a challenge by Broadcom to Qualcomm’s board of directors.

Qualcomm has been seeking to walk a fine line between resisting Broadcom’s acquisition approach, which it says undervalues it and is fraught with regulatory risks, and demonstrating to its shareholders and proxy advisory firms that it is willing to engage to secure a better deal if possible.

“While the current Broadcom proposal is unacceptable, our board is intensely focused on maximizing value for Qualcomm stockholders, whether through executing on its growth strategy or by selling the company,” Qualcomm Chairman Paul Jacobs wrote to Broadcom CEO Hock Tan on Friday in a letter released by Qualcomm.

Broadcom offered no immediate comment. Qualcomm shares were up 0.4 percent at $65.60, significantly below Broadcom’s latest $82 per share cash-and-stock offer. Broadcom shares were down 0.8 percent at $249.89.

Qualcomm’s meeting with Broadcom on Feb. 14 was the first time the two companies met to discuss a potential combination since Broadcom unveiled its unsolicited bid last November.

As part of the takeover battle, Broadcom is asking Qualcomm shareholders to back its effort to replace a majority of Qualcomm’s board of directors in a vote scheduled for March 6. It has called its latest bid its best and final offer.

“While it sounds like the parties remain very far apart on the specifics (price, risk mitigation, etc), actual negotiations (with an understanding of opening positions) do appear to have kicked off, and Qualcomm is at least contemplating the bare possibility that they might get sold,” analyst Stacy Rasgon at Bernstein said.

In the meeting this week, Singapore-based Broadcom was willing to make certain divestitures to satisfy antitrust regulators, but was still resistant to “other commitments that could be expected” to be required by government regulatory bodies, Qualcomm said.

Broadcom has already said it is willing to sell two Qualcomm businesses to resolve any antitrust problems. These are its Wi-Fi networking processors and RF Front End chips for mobile phones.

In the meeting, Broadcom agreed to divest if needed its own Wi-Fi business, instead of Qualcomm‘s, a source familiar with the confidential details of the meeting said.

Broadcom also wanted Qualcomm to include in the merger agreement that Qualcomm will refrain from lawsuits related to licensing while the deal is being reviewed by regulators, according to the source. Qualcomm did not agree to that.

Qualcomm reiterated that Broadcom’s promised breakup fee of $8 billion in the event regulators thwart the deal did not come close to compensating for risks related to the deal.

The takeover battle is at the heart of a race to consolidate the wireless technology equipment sector, as smartphone makers such as Apple Inc (AAPL.O) and Samsung Electronics Co Ltd (005930.KS) use their market dominance to negotiate down chip prices.

Broadcom is mainly a manufacturer whose connectivity chips are used in products ranging from mobile phones to servers. San Diego-based Qualcomm primarily outsources the manufacturing of its chips which are used for the delivery of broadband and data, a business that would significantly benefit from the rollout of 5G wireless technology.

Qualcomm is currently seeking to complete a $38 billion deal to acquire NXP Semiconductors NV (NXPI.O). NXP shares are trading at around $119, significantly above Qualcomm’s $110 per share offer, as some NXP shareholders, led by activist hedge fund Elliott Management Corp, have called on Qualcomm to raise its price.

Broadcom has said its acquisition offer is contingent on either Qualcomm buying NXP at currently disclosed terms of $110 per share in cash or the deal being terminated.

China’s MOFCOM is the only regulator around the world that has yet to approve the Qualcomm-NXP deal. With the start of the Chinese New Year public holiday this week, Qualcomm could potentially delay its decision on raising its offer for NXP until after the March 6 Qualcomm shareholder meeting.

Reporting by Greg Roumeliotis in New York and Diane Bartz in Washington; Additional reporting by Supantha Mukherjee and Sonam Raim in New York; Editing by Savio D’Souza and Andrea Ricci