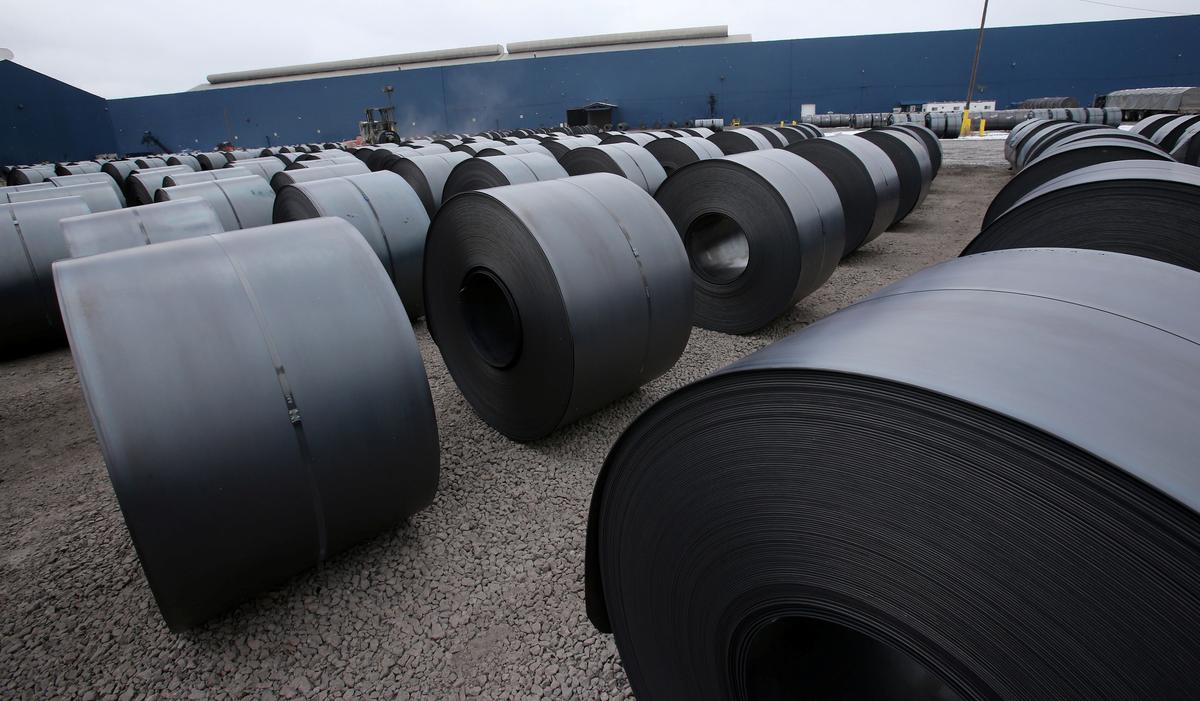 WASHINGTON (Reuters) – Steel and aluminum users that depend on imported products not available from U.S. producers may have to wait up to 90 days for an exclusion from the Trump administration’s new metals tariffs, according to a Commerce Department document.

The draft Federal Register notice, which is expected to be published later on Friday evening and was seen by Reuters, outlines procedures for companies to seek such exclusions.

The review period for such requests “normally will not exceed 90 days, including adjudication of objections submitted on exclusion requests,” it said.

The exclusion rules have been anxiously awaited by manufacturing companies since President Donald Trump announced the tariffs on March 7 to protect domestic steel and aluminum producers on national security grounds. U.S. allies, however, remain in the dark about country-specific exemptions.

A Commerce Department spokesman did not immediately respond to a request for additional details.

But steel- and aluminum-consuming industries that must import products, such as the high-strength steel rod used to make tire belts that is currently unavailable from U.S. steelmakers, may end up paying tariffs for a considerable period before being granted an exclusion.

The U.S. Customs and Border Patrol is expected to begin collecting the tariffs of 25 percent on steel and 10 percent on aluminum at 12:01 a.m. (0401 GMT) on March 23, as determined in Trump’s proclamations.

A cargo ship seen at sunset docked at the Port of Oakland with San Francisco and the San Francisco Bay Bridge in the background, California, U.S. on August 11, 2017. REUTERS/Alexandria Sage

The Commerce Department notice said it estimated that about 4,500 individual requests would be filed for exclusions from steel and aluminum tariffs and about 1,500 of these would draw objections from interested parties.

The agency, led by Commerce Secretary Wilbur Ross, an architect of the tariffs and a former steel industry investor, also said it would waive the normal 60-day comment period for the exclusions regulations because this would cause delays that would be “impracticable or contrary to the public interest.”

A spokeswoman for the U.S. Trade Representative’s office declined on Friday to provide any details regarding the process U.S. allies to request country exemptions from the tariffs.

Britain’s trade minister, Liam Fox, told Reuters in New York that he was optimistic about a positive resolution to a tariff exemption, despite the closest U.S. security ally’s dissatisfaction with the plan.

The European Union is seeking an exemption for all 28 of its member countries. And a Japanese embassy spokesman said Foreign Minister Taro Kono asked USTR officials for an exemption in meetings this week.

The steel tariffs also come as U.S. Trade Representative Robert Lighthizer is finalizing a package of trade sanctions on China over its intellectual property practices as part of a separate investigation.

Reuters reported this week that Trump was considering tariffs of up to $60 billion on imports of Chinese information technology, telecoms and consumer products, a move that U.S. business groups say risks a damaging trade war with Beijing.

Lighthizer is due to testify before trade committees in Congress next Wednesday and Thursday to explain the Trump administration’s trade agenda.