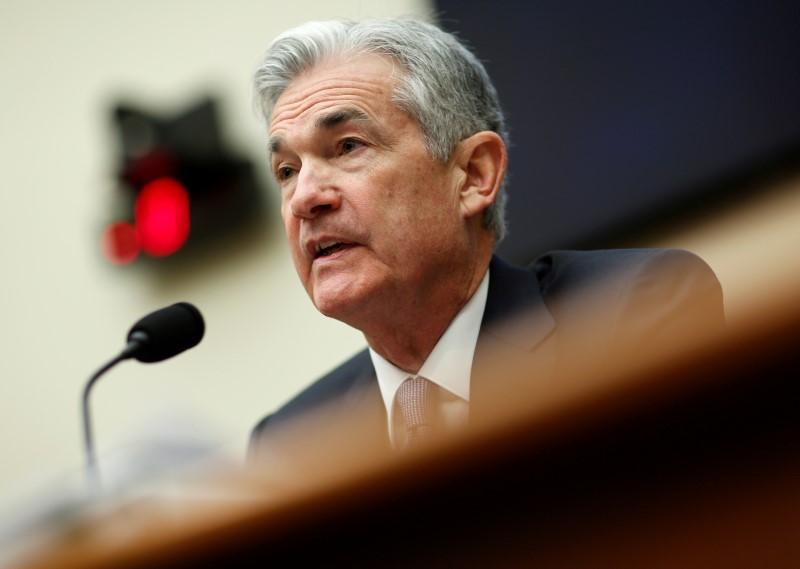 WASHINGTON (Reuters) – The Federal Reserve is expected to raise interest rates at its first policy meeting under Chairman Jerome Powell and may signal more hikes are coming in response to tax cuts and government spending that could further stoke a robust U.S. economy.

The U.S. central bank projected late last year that it would lift rates three times in 2018, but some investors believe the fiscal stimulus and recent hints of inflation pressures will push policymakers to add an additional increase to the mix.

The Fed is scheduled to issue its latest policy statement at 2 p.m. EDT (1800 GMT). Powell is due to hold a press conference half an hour later.

Fed officials have speculated in recent weeks that the stimulus could drive more Americans into an already tight labor market and lift inflation to the central bank’s 2 percent target, or much above that level if the economy gets too hot.

Yet analysts are split over whether the Fed, which is wary of an early misstep under its new leadership, will raise policy tightening expectations until more price pressures are clearly evident, especially given outside risks to the economy such as a possible global trade war.

“A prudent institution would probably give more weight to the facts, at least for the moment,” Roberto Perli, a former Fed economist who is now a partner at Cornerstone Macro, wrote in a note predicting the Fed would stick with three projected rate increases for this year.

The Fed’s drive to stimulate the world’s largest economy in the wake of the 2007-2009 financial crisis and recession is drawing to a close. It raised its benchmark overnight lending rate three times last year, to a range of 1.25 to 1.50 percent, as joblessness fell and economic growth accelerated. It is expected to raise rates by another 25 basis points on Wednesday.

With futures markets anticipating another increase in June, Powell’s Fed could leave its rate outlook unchanged until then to see how the economy absorbs the $1.8 trillion in stimulus expected from the Trump administration tax cuts and planned spending. (Graphic of Fed forecasts: tmsnrt.rs/2gsUVwB)

While recent home sales and retail spending data have been on the weak side, the overall economic picture has brightened this year. Inflation has strengthened after remaining below the Fed’s target for more than five years, and there have been more hints of wage gains.

The central bank is expected on Wednesday to boost its economic growth forecasts for the next few years, and could project that the unemployment rate will fall well below the current 4.1 percent, which is seen as a low but stable level.

The blockbuster U.S. jobs report for February could further convince Powell and his colleagues that the Fed’s stated “gradual” rate hike path could carry on longer than previously thought. A sign of this would be a rise in the Fed’s longer-term, or neutral, expected policy rate, currently at 2.8 percent.

Powell, who took over from former Fed chief Janet Yellen in early February, triggered a brief global market selloff when he told U.S. lawmakers late last month that he had grown more confident in the economic outlook. Yet worries over a new hawkish central bank are likely overblown given Powell’s cautious, consensus-building approach.

Seven of the 15 Fed policymakers who will update their forecasts on Wednesday have recently indicated the fiscal stimulus could boost their expectations for the economy, rate hikes, or for both, according to an analysis of public statements.

New York Fed President William Dudley, one of the most influential policymakers, said four rate increases this year would still be considered “gradual,” noting that fiscal policy is turning “quite stimulative.”

The comments suggested a shift “towards a potentially faster pace of tightening … particularly with tax cuts now implemented and with an additional fiscal boost from federal spending arriving this year,” Jan Hatzius, chief U.S. economist at Goldman Sachs, wrote in a note predicting that the Fed would signal on Wednesday that rates will rise four times this year.