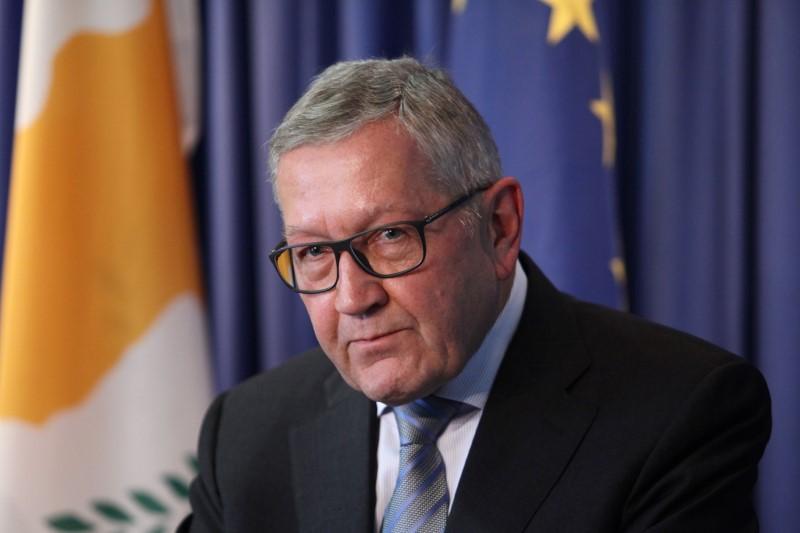 ATHENS (Reuters) – Greece will probably not need a precautionary credit line after its bailout ends in August if the country sticks to reforms, the head of Europe’s rescue fund said in an interview released on Saturday.

Greece has received 260 billion euros in financial aid from euro zone countries and the IMF since 2010, and its third bailout expires in August. The country regained market access last year but some European Union policymakers and Greek central bankers believe Athens cannot go it alone without a standby line of credit after its financial support ends.

But a precautionary credit line would come with conditions attached, something the government is keen to avoid after eight years of austerity that has worn down Greeks and hurt its popularity in polls.

In an interview with Proto Thema newspaper, the head of the European Stability Mechanism (ESM), Klaus Regling, said having a precautionary arrangement available is good because it gives more assurances to markets, investors and the Greek population.

“But it very much depends whether it’s really needed,” he said. “If everything remains quiet, reforms continue and Greece continues to develop its market access, then based on what we know today it’s probably not needed.”

The ESM and the European Financial Stability Facility are Greece’s largest creditors, together holding more than half of its 332 billion euro public debt, a sum equal to nearly 180 percent of economic output.

A Greek national flag flutters on the roof of a building in Athens, Greece February 8, 2018. REUTERS/Costas Baltas

They have promised Greece short, medium and longer term debt relief measures. The ESM offered the first set last year, effectively lowering the risk that a rise in interest rates would mean higher debt servicing costs for Greece in the future.

In the coming months, euro zone finance ministers will look into whether Greece needs more relief to make sure that its debt load is sustainable.

Regling said the decision on the medium-term relief will be taken before August and could possibly include the ESM buying out IMF’s loans which are more expensive.

The International Monetary Fund, which participated financially in Greece’s first and second bailout programs, says debt relief is necessary for the country to emerge from crisis.

To accommodate the IMF and convince it to participate in the third bailout, euro zone governments said last year that in 2018 they would consider extending the maturities and grace periods of their loans to Greece by a range from zero to 15 years. The average maturity now is 30 years.

Asked whether the IMF would come on board and agree on a common debt sustainability analysis for Greece with the ESM, Regling said: “I hope so, we are working hard on that.”