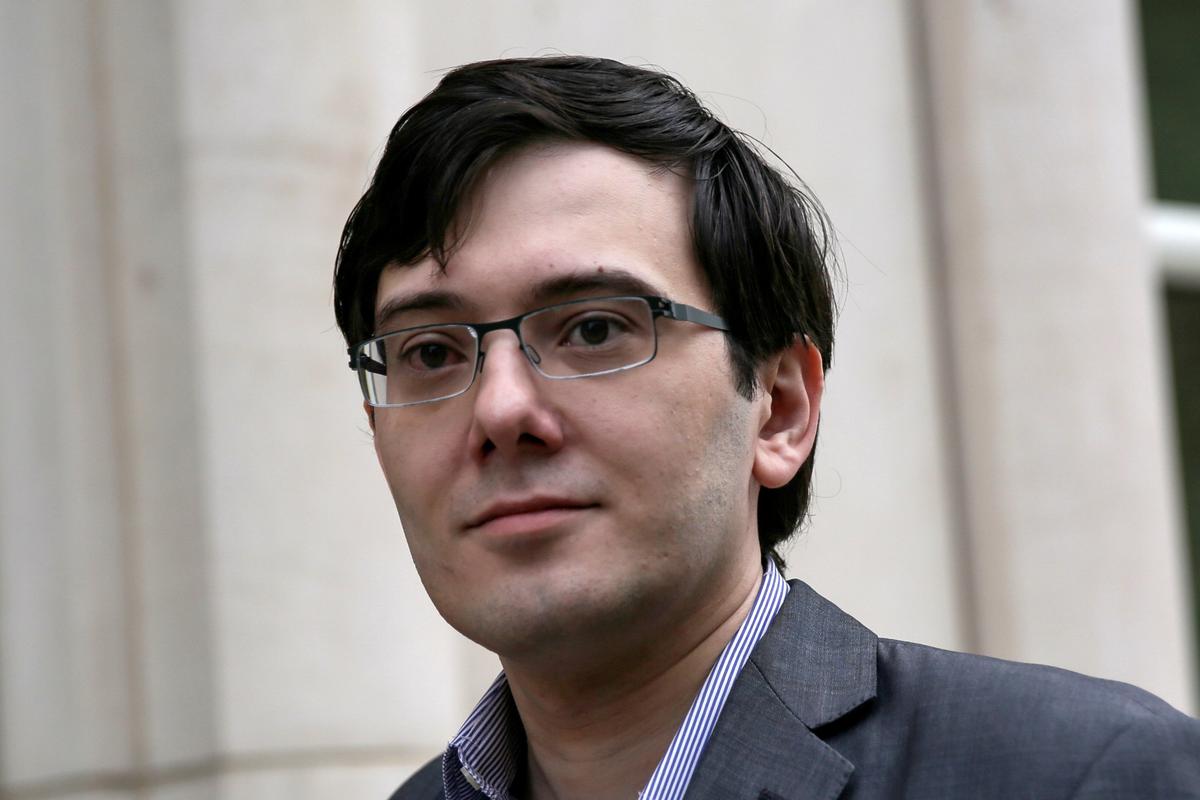 NEW YORK (Reuters) – Martin Shkreli, the former drug company executive who made headlines by jacking up the price of a lifesaving drug before he was found guilty of defrauding investors, is scheduled to be sentenced on Friday.

Shkreli, 34, is expected to appear before U.S. District Judge Kiyo Matsumoto in federal court in Brooklyn, New York. His lawyers have asked the judge to impose a sentence of 12 to 18 months, while prosecutors have sought at least 15 years.

The Brooklyn-born entrepreneur first became famous as the “Pharma Bro” in September 2015 after founding Turing Pharmaceuticals, buying the anti-parasitic drug Daraprim and raising its price by 5,000 percent, to $750 per pill. Shkreli was indicted for the unrelated securities fraud charges months later, in December 2015.

A jury last August found Shkreli guilty of defrauding investors in two hedge funds he ran, MSMB Capital and MSMB Healthcare, by sending them fake account statements and concealing huge losses. He was also convicted of scheming to prop up the stock price of Retrophin Inc(RTRX.O), a drug company he founded in 2011.

Shkreli has been in jail since September, when Matsumoto revoked his bail after he offered his social media followers $5,000 if they could bring him a hair from former U.S. presidential candidate Hillary Clinton.

Shkreli’s lawyers have argued for a lenient sentence in court filings partly on the grounds that his investors eventually made money after Shkreli paid them in stock and cash from Retrophin.

In a letter to the judge last week, Shkreli said he accepted that he had made “serious mistakes,” but still considered himself “a good person with much potential.”

Prosecutors, on the other hand, have argued that Shkreli should not get any credit for what they described as stealing from Retrophin to pay off the investors.

They have also said that Shkreli has not made “any showing of genuine remorse” and that he “continued to privately express disdain for his conviction” in his communications from jail.

Before he was jailed, Shkreli often seemed to revel in his public reputation, attacking critics and federal prosecutors on social media and in statements to reporters even during his trial.