VIENNA (Reuters) – OPEC agreed on Friday on a modest increase in oil production from next month after its leader Saudi Arabia persuaded arch-rival Iran to cooperate, following calls from major consumers to curb rising fuel costs.

But the agreement failed to announce a clear target for the output increase, leaving traders guessing how much more OPEC will actually pump. Oil prices LCOc1 rose by $1.85 to $74.90 a barrel.

U.S. President Donald Trump was among those wondering how much more oil OPEC will deliver. “Hope OPEC will increase output substantially. Need to keep prices down!” Trump wrote on Twitter after OPEC announced its decision.

The United States, China and India had urged oil producers to release more supply to prevent an oil deficit that could undermine global economic growth.

The Organization of the Petroleum Exporting Countries said in a statement that it would raise supply by returning to 100 percent compliance with previously agreed output cuts, but gave no concrete figures.

Saudi Arabia said the move would translate into a nominal output rise of around 1 million barrels per day (bpd), or 1 percent of global supply. Iraq said the real increase would be around 770,000 bpd because several countries that had suffered production declines would struggle to reach full quotas.

By avoiding setting individual country targets, the deal appears to give Saudi Arabia the leeway to produce more than its official OPEC target and fill the gap left by those like Venezuela who cannot pump enough to meet their official allocation.

Iran, OPEC’s third-largest producer, had demanded OPEC reject calls from Trump for an increase in oil supply, arguing that he had contributed to a recent rise in prices by imposing sanctions on Iran and fellow member Venezuela.

Trump slapped fresh sanctions on Tehran in May and market watchers expect Iran’s output to drop by a third by the end of 2018. That means the country has little to gain from a deal to raise OPEC output, unlike top oil exporter Saudi Arabia.

OPEC and its allies have since last year been participating in a pact to cut output by 1.8 million bpd. The measure had helped rebalance the market in the past 18 months and lifted oil LCOc1 to around $75 per barrel from as low as $27 in 2016.

But unexpected outages in Venezuela, Libya and Angola have effectively brought supply cuts to around 2.8 million bpd in recent months.

The output boost agreed on Friday had been largely priced into the market and was seen as modest.

“It will be enough for now but not enough for the fourth quarter to address a decline in Iranian and Venezuelan exports,” said Gary Ross, head of global oil analytics at S&P Global.

“There isn’t a lot of spare capacity in the world. If we lose a million bpd of output from Venezuela and Iran in the fourth quarter, where will all these barrels come from? We are in for higher prices for longer,” he said.

Falih has warned the world could face a supply deficit of up to 1.8 million bpd in the second half of 2018 and that OPEC’s responsibility was to address consumers’ worries.

“We want to prevent the shortage and the squeeze that we saw in 2007-2008,” Falih said, referring to a time when oil rallied close to $150 per barrel.

OPEC’s deal to release more supply centres on returning to 100 percent compliance with existing, agreed cuts. Current compliance is around 40-50 percent above target because of production outages in Venezuela, Libya and Angola.

“As a group we can meet the 100 percent compliance. As individual countries, it is challenging,” said United Arab Emirates Energy Minister Suhail bin Mohammed al-Mazroui.

Zanganeh has said that if OPEC returned to regular compliance, the group would raise output by around 460,000 bpd.

Iran has objected to having members with additional capacity such as Saudi Arabia fill Venezuelan output gaps. 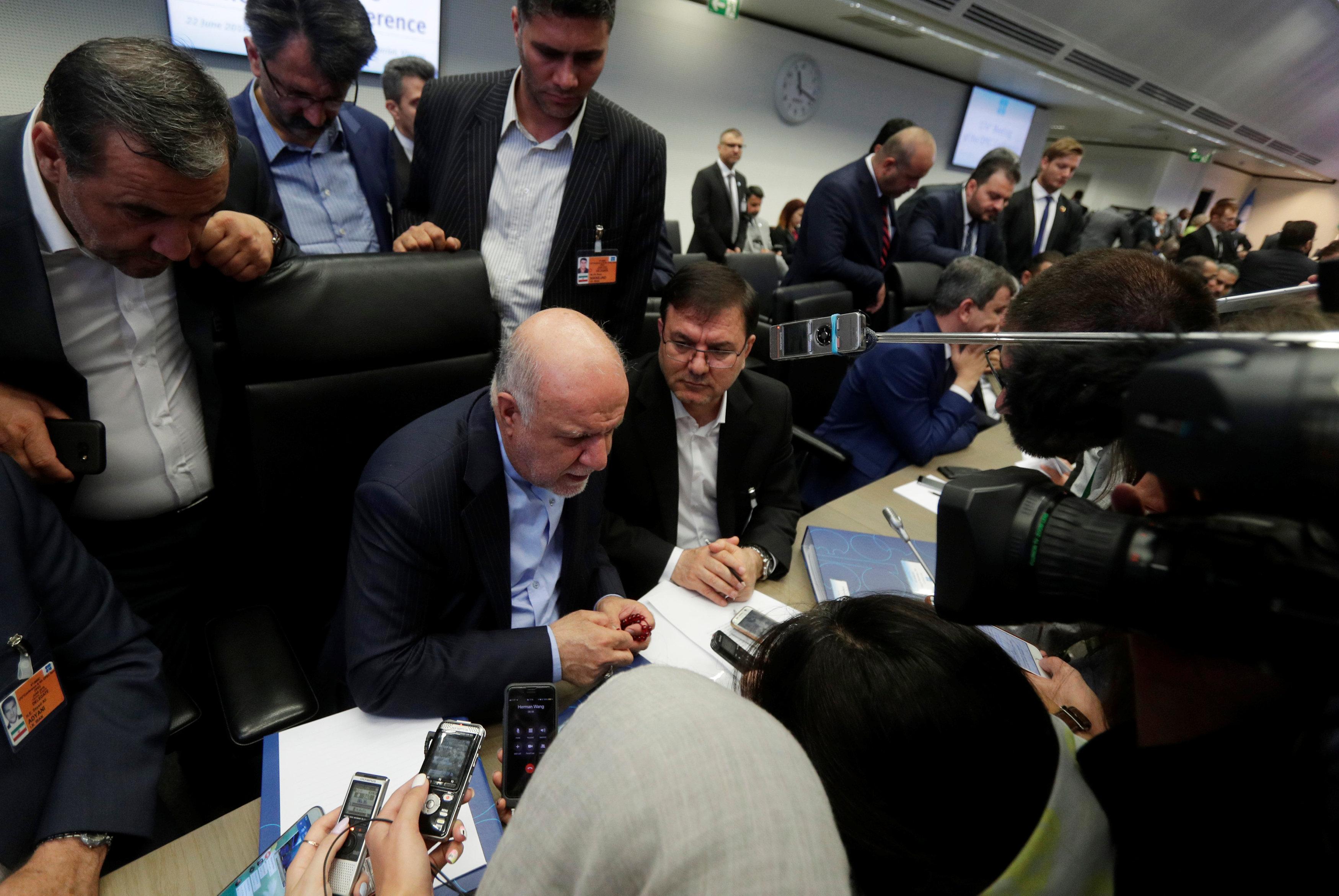 “Both Saudi and Iran can show that they won,” an OPEC delegate said.

“Zanganeh can go back to his country and say ‘I won’, because we are keeping the original agreement unchanged. Falih can go back and say ‘we will be able to raise production to meet market needs’.”

OPEC and non-OPEC producers will meet on Saturday to iron out details of the pact and then again in September to review the deal. The next formal OPEC meeting was set for Dec. 3.