Orders have slowed to a trickle at Nagumo Seisakusho Co, which supplies big auto-parts makers such as Denso Corp and Aisin Seiki Co, and the company may keep salaries flat or even reduce them in the coming fiscal year.

Manufacturers across Japan depend heavily on customers in China, the world’s second-biggest economy, to buy their products, especially the parts and equipment that reach China’s factory floor and fuel its domestic and export growth.

Automotive chipmaker Renesas Electronics Corp last week said it would suspend production at some plants for up to two months as it braces for China’s growth to slow further. In recent months, other big companies such as factory-robot makers Yaskawa Electric Corp and Fanuc Corp; Mitsubishi Electric Corp, trading house Mitsui & Co and toilet giant Toto Ltd have blamed China as they cut profit forecasts.

But the impact of China’s wobble is worse for manufacturers nearer the start of the supply chain, like tiny Nagumo. It employs 100 people to create precision press moulds other Japanese manufacturers use to make car parts and other products for the China market.

But the normalcy belies tough times for Nagumo, which makes all of its products on demand.

“Orders have stalled suddenly since January. Many of our clients are car-parts makers, and they have slammed on the brakes for orders recently,” at least through March, said president Hiroshi Komemasu.

“It is said that when China sneezes, Japan catches a cold,” Komemasu told Reuters recently on the factory floor. “I strongly feel that the trade war is affecting even small firms like us.”

The emptiest section of the facility was the busiest. Nagumo’s five sales staff were often out of the office hunting new customers to make up for the drop-off in orders.

The company, founded as a fiber-processing company in the immediate aftermath of World War Two, is based in Joetsu, a quiet city of about 200,000 people 225 kilometers (140 miles) northwest of Tokyo.

Far from the bustle of Japan’s biggest cities, Joetsu is known for a festival, a museum and a mascot celebrating an Austro-Hungarian general who taught cross-country skiing to Japan’s Imperial Army in the early 1900s.

Sharp slowdowns for upstream manufacturers like Nagumo bode ill for Japan as a whole, as smaller companies employ seven in 10 Japanese workers, and weak demand points to smaller shipments by bigger firms down the road.

Komemasu would not discuss Nagumo’s specific customers, but said one had slashed its orders by half.

Unlisted Nagumo managed to stay in the black for the 2018 calendar year, but probably lost money in the fiscal year, which ends this month, Komemasu said. Declining orders threaten its forecast of sales edging up 6 percent this year to 1.9 billion yen ($17 million).

Nagumo executives, worried about sales, have become reluctant to raise wages. After increasing base pay for three years, the company hopes to keep overall pay flat in the coming fiscal year, which starts in April, Komemasu said.

Such constriction could ripple through to other Japanese manufacturers – now in annual wage negotiations – reinforcing concerns that trade friction will hurt salaries and consumer spending nationwide.

Despite signs that U.S. President Donald Trump and Chinese President Xi Jinping may be nearing a truce in the U.S.-China trade war, the collateral damage for Japan may persist.

“The U.S.-China trade war won’t be resolved entirely. Both sides may reach a vague compromise, but that doesn’t mean everything will be rosy for China’s external demand,” said Toru Nishihama, emerging-market economist at Dai-ichi Life Research Institute.

“Downward pressure will mount on Japanese exporters and manufacturers as the global economy slows further,” Nishihama said, adding that as Beijing focuses on supporting the domestic economy, the authorities will tolerate slower demand.

“But we need to bear in mind that the effects of trade friction will play out fully in Japanese exports and output in January-March and the following quarter, after the rush in shipments of Chinese goods to the United States seen late last year,” Takeda said.

“Semiconductors and cars will take a hit in the first half of this year, and other goods related to trade friction will follow suit in the second and third quarters, so the worst will come around April-June for Japanese exporters and manufacturers.”

A much cheaper yen, driven by unprecedented money-printing from the Bank of Japan, has made the country’s exports more competitive globally. This has spurred a long export boom and record corporate profits, promoting hiring, creating the tightest labor market since the 1970s and delivering modest pay raises.

But domestic consumption has remained tepid and export demand – especially from China – has slumped, threatening to derail what could be Japan’s longest postwar expansion.

This year has seen the biggest monthly export drop in two years, with a plunge in China-bound shipments, a big drop in machinery orders signaling weaker capital spending ahead, a weak wage outlook and dampening business sentiment in the Reuters Tankan survey.

The government last month cut its assessment of factory output and profits, and indicators this month suggest the expansion may have halted.

In Joetsu, Kenichi Watabe, head of Nagumo’s general-affairs division, says the company has “managed to make ends meet as our sales staff dashed here and there trying to attract new customers and secure new orders.” 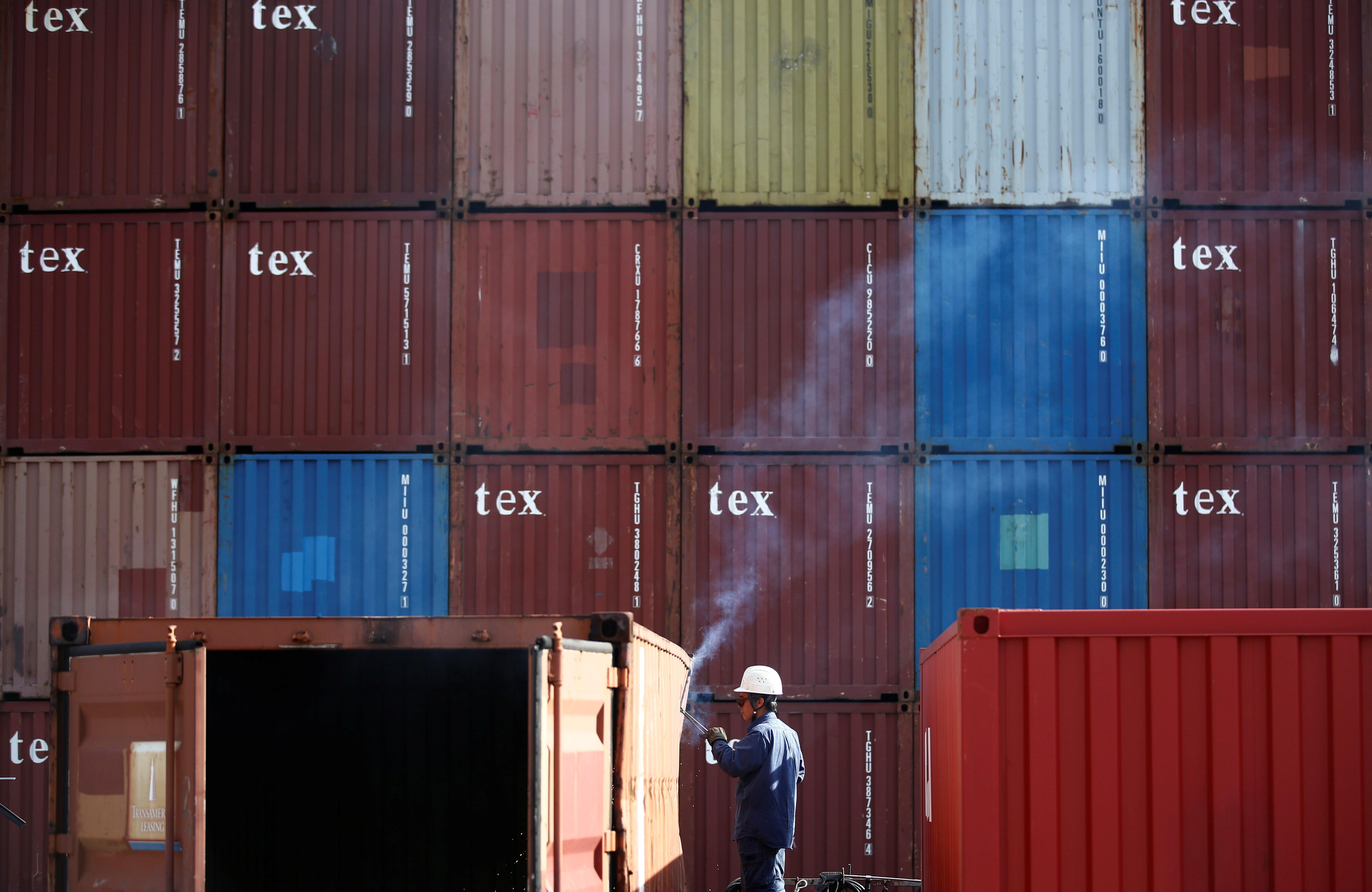 Nagumo’s workforce is now half its peak due to past layoffs, Watabe said.

But company president Komemasu said squeezing too hard would cause lasting damage.

“We, like everyone else, tell employees to turn off the lights and refrain from purchasing unnecessary things in a downturn,” he said. “But we won’t curb investment in human capital and R&D.”