NEW YORK (Reuters) – The Thanksgiving Day and Black Friday kickoff of the U.S. holiday shopping season showed the increasing preference for online purchases, as more Americans opted to stay home and use their smartphones while sales and traffic at brick-and-mortar stores declined.

The ongoing shift to online shopping has forced retailers across the country to invest heavily in boosting their e-commerce businesses, and also highlights the impact of early holiday promotions and year-round deals on consumer spending.

The weekend also redefined the importance of Black Friday. For the past few years, Black Friday was believed to be waning in importance, but it is now turning into a day when shoppers do not necessarily flock to stores but spend heavily online.

This is happening more and more as retailers like Walmart Inc and Amazon.com Inc sell both online and through stores, making winning the transaction more important than where it occurs, retail consultants and analysts said.

Online sales rose more than 23 percent, crossing $6 billion on Black Friday, according to data from Adobe Analytics, which tracks transactions at 80 of the top 100 U.S. retailers. On Thanksgiving, it estimated sales grew 28 percent to $3.7 billion.

Preliminary data from analytics firm RetailNext showed net sales at brick-and-mortar stores fell 4 to 7 percent over the two days, while traffic fell 5 to 9 percent, continuing the trend of recent years. No data was yet available for actual spending in stores.

The decrease in store foot traffic is a little greater than it has been in years past, though still within expectations, RetailNext spokesperson Ray Hartjen said.

Data from retail research firm ShopperTrak also showed that visits to stores fell a combined 1 percent during Thanksgiving and Black Friday compared with the same days in 2017.

Brian Field, senior director of advisory services at ShopperTrak, said online sales have eroded traffic from retailers over the years, “but what we have noticed is that the decline is starting to flatten out … Overall its been consistent with where it’s been over the last few years.”

In 2017, visits to physical stores on Thanksgiving Day and Black Friday were down 1.6 percent, according to the firm. 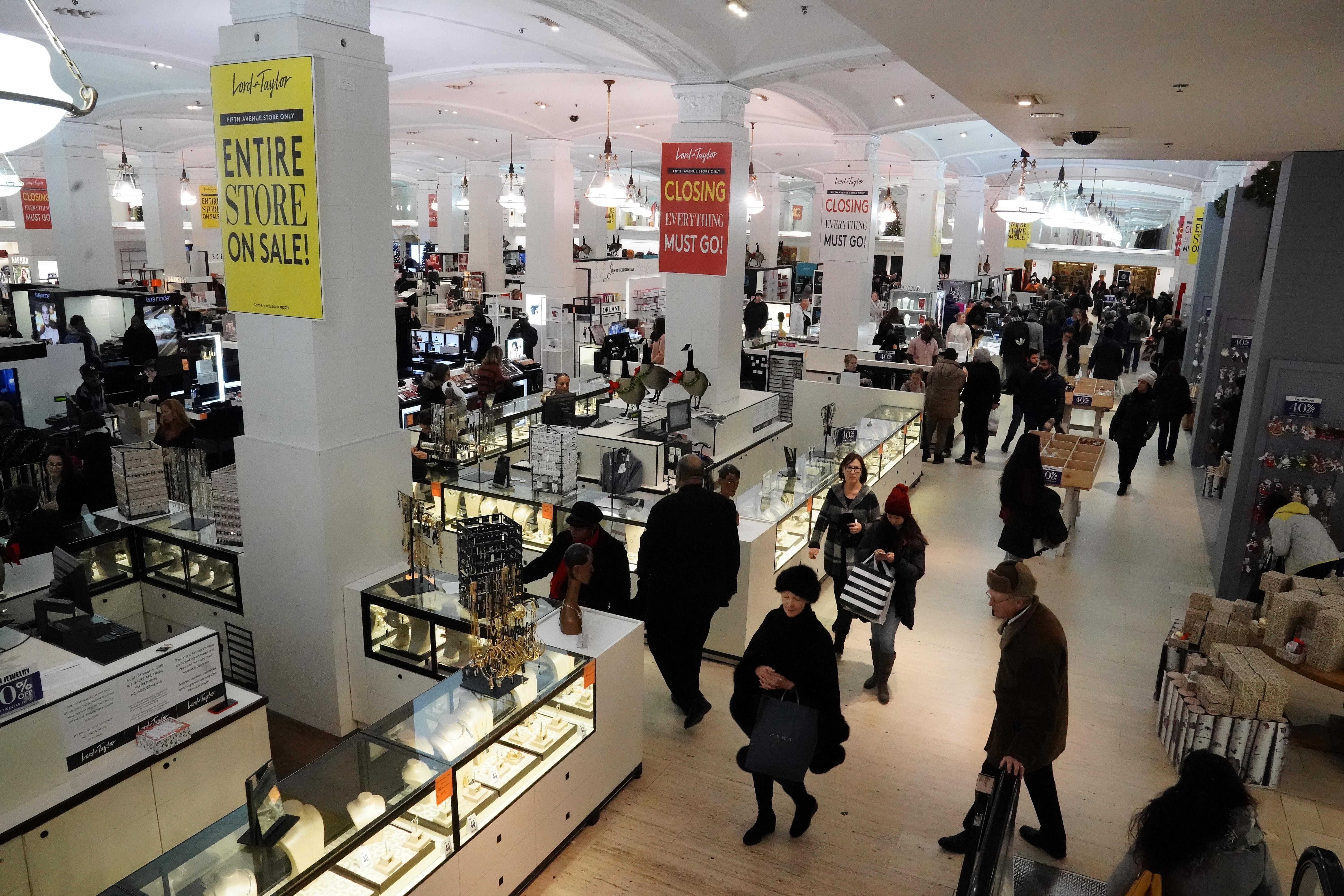 “This decline feels pretty good to me. I think retail is in for a good season,” Field said.

Retail consultants have said spending patterns over the weekend are not as indicative of the entire season as they were a few years ago the tendency now is to spread shopping over November and December.

The National Retail Federation forecast U.S. holiday retail sales in November and December will increase between 4.3 and 4.8 percent over 2017, for a total of $717.45 billion to $720.89 billion. That compares with an average annual increase of 3.9 percent over the past five years.