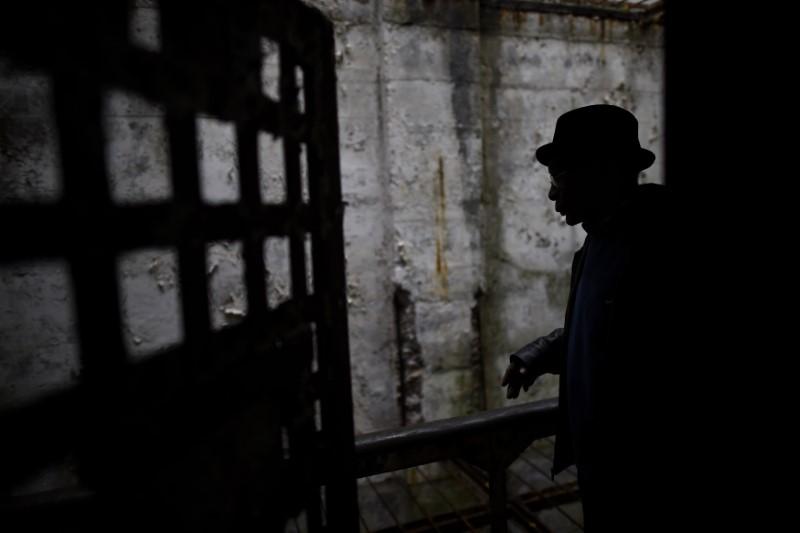 CHICAGO (Reuters) – Does it make financial and moral sense to keep elderly people in prison? The state of New York is asking that question this month, and the debate there should be a harbinger of a much-needed national conversation.

The American prison population is getting older. The number of prisoners serving longer sentences has risen, and there has been an increase in admissions of older people, according to a 2016 study by the U.S. Department of Justice. Eleven percent of the U.S. state and federal prison population was over age 55 in 2016.

This elder incarceration boom poses serious moral and ethical questions. What is the purpose of keeping people in prison well beyond the point where they pose risks to society, beyond raw punishment? And keeping the elderly locked up is much more expensive than younger inmates, due mainly to the cost of medication and other healthcare services.

In 2015-2016, the cost of healthcare in New York State prisons totaled $380.6 million, up 20 percent from three years earlier. States bear the entire cost of prisoners’ healthcare, since the incarcerated are not eligible to participate in Medicaid, which is funded jointly by the states and federal government.

New York Governor Andrew Cuomo has proposed a “geriatric parole” program for prisoners over age 55 as part of a broader criminal justice reform plan that is under discussion as part of the state’s budget process this year. Prisoners who suffer from serious illness and cannot take care of themselves would be eligible for the program if they have served at least half of their sentences. Those convicted of murder or aggravated murder, and inmates serving life without parole, would not be eligible.

Prison reform advocates say the plan is a step in the right direction but does not go far enough. Release Aging People in Prison (RAPP), a New York-based advocacy group, estimates the Cuomo plan would affect fewer than 1,000 prisoners, because it excludes some people based on their crime, no matter how ill they might be. “It guarantees that some people will die in prison, no matter what their condition,” said Laura Whitehorn, a formerly incarcerated woman who is now an organizer with the group.

And that is where this issue gets really difficult. The national debate about ending mass incarceration often focuses on reducing arrest and incarceration of nonviolent drug offenders. But the elderly prison population is composed largely of violent offenders. Advocates like Whitehorn are pushing for parole reforms that would at least give these prisoners an opportunity for review of their cases to assess what risk – if any – they pose to the community.

Very few older prisoners commit crimes after they are released. In New York state, just 5 percent of released prisoners aged 50 to 64 return to prison for new offenses; among those aged 65 or higher, the rate of new offense is just six-tenths of 1 percent. (The numbers are higher when parole violations are included.) Among offenders convicted of murder, just 1.9 percent committed new crimes following release from 1985 to 2012, according to state data.

In New York state, the overall prison population fell 17 percent from 2007 through 2016 to about 52,000, according to a report last year by the New York State Comptroller. At the same time, the number of inmates aged 50 or higher rose by 46 percent, to more than 10,000. The report does not cite specific figures for the cost of healthcare for older inmates, but overall healthcare expenses for the state’s prison population in 2015-2016 were 20 percent higher than three years earlier.

Prison accelerates the aging process – research shows that inmates often are 10 years older from a physiological standpoint than their actual ages. And they get sicker at earlier ages than the general population, with higher overall rates of cognitive impairment and dementia, in particular. The Supreme Court last week agreed to hear the case of an Alabama inmate on death row who suffers from dementia and can no longer recall the crime or murder conviction that sent him there. (reut.rs/2oPr1JH).

Just as difficult are the questions about how to provide housing, healthcare and even a basic income to elderly prisoners upon release. In New York state, many ex-offenders wind up in homeless shelters or on the streets. Very often, they do not have sufficient working history to qualify for Medicare or Social Security – and those still on parole are not eligible for Medicare.

Many parolees are eligible for Medicaid, but most face big challenges navigating the healthcare system. “People are not released with any experience using our medical system,” said Elizabeth Gaynes, CEO of the Osborne Association, a New York-based criminal justice reform group.

Osborne, which runs a broad array of programs to help prisoners coming home, is developing an “elder re-entry initiative” that assesses the health of prisoners before release, helps prepare them for life on the outside and connects them to needed services.

But transition programs will not do much good unless political leaders step up to the plate on the tough questions concerning incarceration of the elderly.

“We need to ask what is the purpose of incarceration?” said Whitehorn. “If political leaders want to get us out of the morass of mass incarceration, they can’t keep doing the things that got us into it. If they do want to change this, they have to show some backbone and go by the science, the evidence and the truth.”

(This story has been refiled to delete duplicate sentence, paragraph 12.)