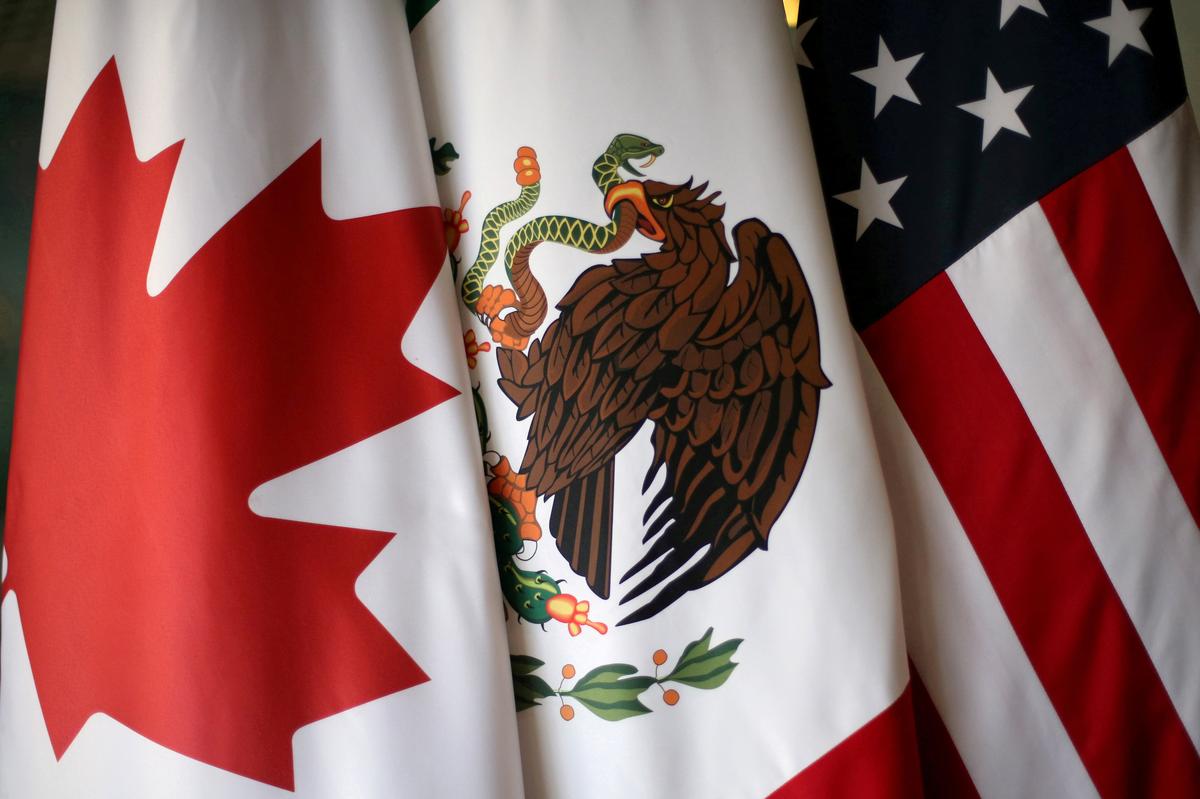 MEXICO CITY (Reuters) – Mexico and Canada aim to finish reworking less contentious chapters of the NAFTA trade deal with the United States in new talks beginning on Sunday, hoping to clear the path for a breakthrough on the toughest issues before upcoming elections.

In six months, negotiators have ground out progress on the technical details of a revamped North American Free Trade Agreement, but made little advance on the most radical demands made by the administration of U.S. President Donald Trump.

Ranging from demands for major changes to automotive content rules and dispute resolution mechanisms, to imposing a clause that could automatically kill NAFTA after five years, the chief stumbling blocks laid by the White House look unlikely to be removed in the latest Mexico City round, officials say.

But if the three negotiating teams manage to iron out remaining differences on areas of broader consensus, officials hope the political leaders will turn their attention to brokering a compromise on the trickiest U.S. proposals.

“I think there’s going to be major progress on the technical issues and major obstacles on the critical issues,” Bosco de la Vega, head of Mexican farm lobby the National Agricultural Council, said of the talks running until March 5.

Once agreement is reached on technical chapters such as state-owned enterprises, barriers to trade and e-commerce, about 10 percent of the modernized accord would eventually be left over for political leaders to work out, de la Vega estimated.

Mexico hopes to build on the previous round of talks in Montreal, when Canada floated what it called “creative” solutions to the U.S. demands.

“We will address and deepen the discussion on Canada’s proposals,” a Mexican official told Reuters, speaking on condition of anonymity due to the sensitivity of the matter.

Canada countered U.S. demands for a higher auto content requirement with a proposal to include expenses for engineering, research and development and other high-value work in the total.

Under NAFTA, at least 62.5 percent of the net cost of a passenger car or light truck must originate in the region to avoid tariffs. Trump wants the threshold raised to 85 percent.

“You can’t have a successful negotiation if there’s no change to the rules of origin,” said the Mexican official, adding, “it won’t be 85 percent. We’re not sure what the number is going to be.”

Mexico’s Economy Minister Ildefonso Guajardo has said his negotiating team aims to present a proposal on rules of origin, though he has not provided details.

Any final agreement would need to be reached between Trump and auto sector bosses in the United States who oversee the NAFTA region, an industry source close to the process said.

Rules of origin are due to be discussed during the first three days of this round of talks. The North American auto industry has so far pushed back against Trump’s demands, arguing it would damage competitiveness and regional supply chains.

The latest round comes amid flare-ups between Washington and Ottawa and growing, if cautious, optimism in Mexico that the trade agreement will remain.

Talks are running behind schedule and some officials believe the longer they last, the less likely it is that Trump will dump NAFTA, which he has threatened to do if the overhaul of the accord does not benefit the United States.

Negotiators had wanted to wrap up talks by March to avoid them being politicized by Mexico’s July presidential election.

But officials have already raised the possibility that they will run past Mexico’s vote, and some say they could continue at a technical level for several months if necessary.

A U.S. official noted “there has never been a hard deadline”, and among Mexicans following the process, belief is growing that lobbying efforts by U.S. business leaders and politicians to preserve NAFTA has been gaining traction.

“NAFTA will survive, because the economy wins out in the end. The bosses of the big firms are making the argument for us,” said Ernesto Ruffo, a Mexican senator from the border state of Baja California. “That’s why we’re onto the seventh round.”

Still, a source familiar with Canadian government thinking said Ottawa had little idea what would happen at the round.

Canada’s chief negotiator Steve Verheul struck a downbeat tone last week, telling a business audience “there are large gaps between what we’re trying to achieve and what the U.S. is trying to achieve.”

But Canada would stay in the talks as long as it saw a chance of striking a deal, Verheul said.

“Heading into the next round we will bring a lot of ideas to the table,” he said. “We will be aiming to try to achieve real progress and we’re hoping the U.S. will bring a similar attitude.”