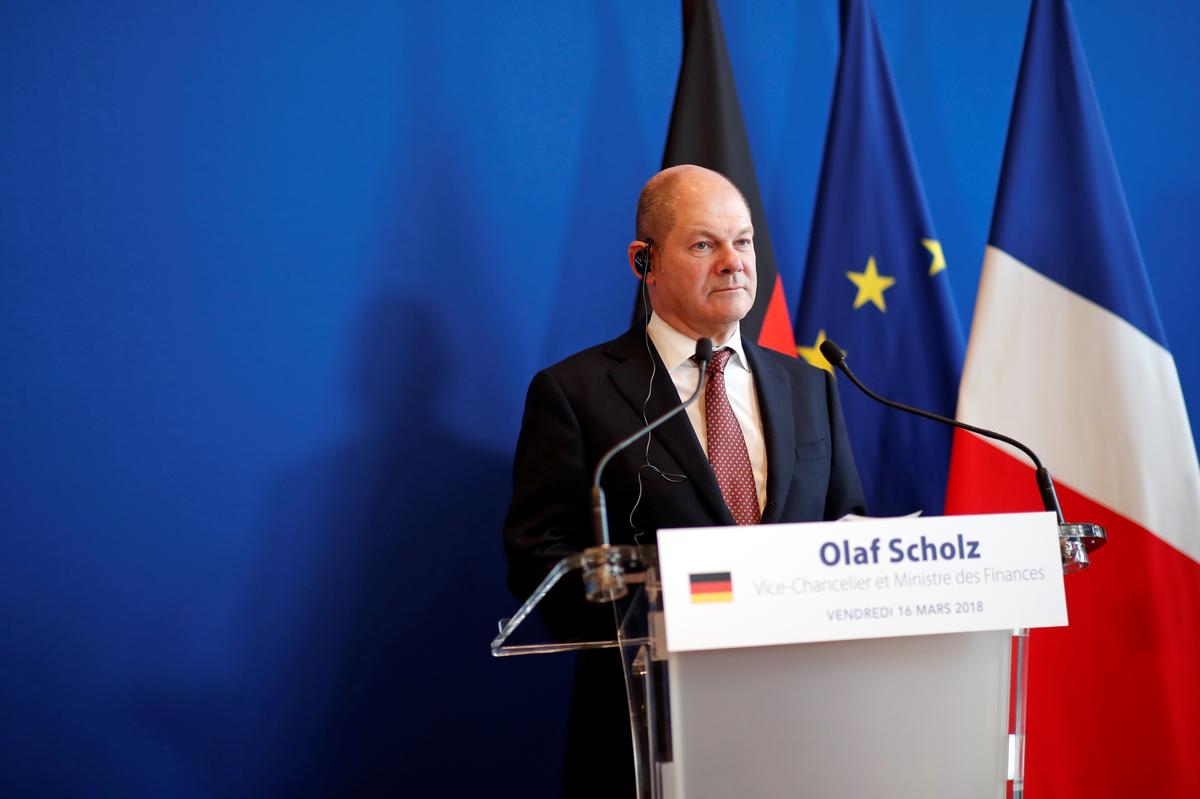 Scholz told reporters en route to his first meeting of G20 finance ministers and central bank governors that he would underscore the importance of free trade for the global economy when he meets U.S. Treasury Secretary Steven Mnuchin on Monday.

The world economy is growing together “and it should stay together” said Scholz, a member of the Social Democrats, junior partners in Chancellor Angela Merkel’s coalition government.

Free trade had a decisive role to play in securing future economic growth, Scholz said, adding, “That’s why it would be difficult if protectionism played a bigger role.”

Scholz said Germany had a “clear position” on the planned U.S. tariffs, and hoped further discussions with U.S. officials could help avert a looming trade war with the European Union.

German and other EU officials are pushing back against plans announced earlier this month by U.S. President Donald Trump to impose duties on incoming steel and aluminum. He also threatened to levy a tax on European cars if the EU did not remove tariffs and trade barriers on a range of goods.

Merkel spoke by telephone on Saturday with Chinese President Xi Jinping about the proposed U.S. tariffs, and underscored the importance of multilateral cooperation on global trade.

The two leaders agreed to work on solutions for excess capacity in world steel markets within the framework of the G20 group of industrialized nations.

German Economy Minister Peter Altmaier, a member of Merkel’s conservatives, will travel to Washington later on Sunday to press U.S. officials on the issue.