The streaming video pioneer added 5.2 million customers from April through June, 1 million fewer than forecasts from Thomson Reuters I/B/E/S, as it added new programming including “Lost in Space” and new episodes of Marvel’s “Jessica Jones” and “13 Reasons Why.”

“We had a strong but not stellar Q2,” Netflix said in a quarterly letter to shareholders.

Netflix said it had “over-forecasted” quarterly fluctuations in the pace of new customers. The company noted that it had underestimated subscribers for seven of the past 10 quarters.

Before the earnings report, Netflix shares had gained 109 percent, making it the second-strongest performer on the S&P 500 index. In after-hours trading on Monday, Netflix shares sunk 14 percent to $343.60, eroding $24.2 billion in market capitalization and down from an earlier close of $400.48.

Wall Street had been betting that Netflix would deliver outsized growth as demand for online entertainment increases around the globe. The company is spending heavily to hook new customers, budgeting $8 billion for programming and $2 billion for marketing in 2018.

Netflix added 670,000 subscribers in the United States, well below analysts’ estimates of 1.19 million, according to Thomson Reuters I/B/E/S.

It signed up 4.47 million subscribers internationally, while analysts were expecting 4.97 million.

Executives voiced confidence about the long-term health of the streaming service. Chief Executive Reed Hastings said median viewing hours were growing, though he did not provide specifics.

“The fundamentals have never been stronger,” Hastings said.

Forrester analyst James McQuivey said he believed that the quarterly results were “not a sign of softening in the business overall.”

“These are still millions of new subscribers, even if they didn’t meet the expectations that might have been set by the last two quarters, which were extraordinarily high,” he said.

For the current quarter, Netflix projected it would add 5 million customers. It is making a big push in India. Earlier this month, it debuted its first Indian original series, “Sacred Games,” part of a slate of new shows aimed at the vast Bollywood entertainment market.

Netflix said operating margins would be narrower than previously expected because of the rapid strengthening of the U.S. dollar, which appreciated by more than 5 percent against major trading partners’ currencies in the second quarter. While most of the company’s revenue growth comes from international markets, the vast majority of its costs remain dollar-denominated.

Hastings said the company would make adjustments to account for foreign exchange rates in order to “steadily” increase operating margins.

Amazon.com Inc plans to add more regional content in India as it builds the Prime video service around the world. Apple Inc is pouring money into original programming, signing up A-list names including Oprah Winfrey. And AT&T Inc has promised to boost investment in HBO after taking over the network in its Time Warner acquisition.

In the letter to shareholders, Netflix said it expected more competition from international players including ProSiebenSat 1 Media in Germany and on-demand service Salto in France.

“Our strategy is to simply keep improving,” Netflix said. 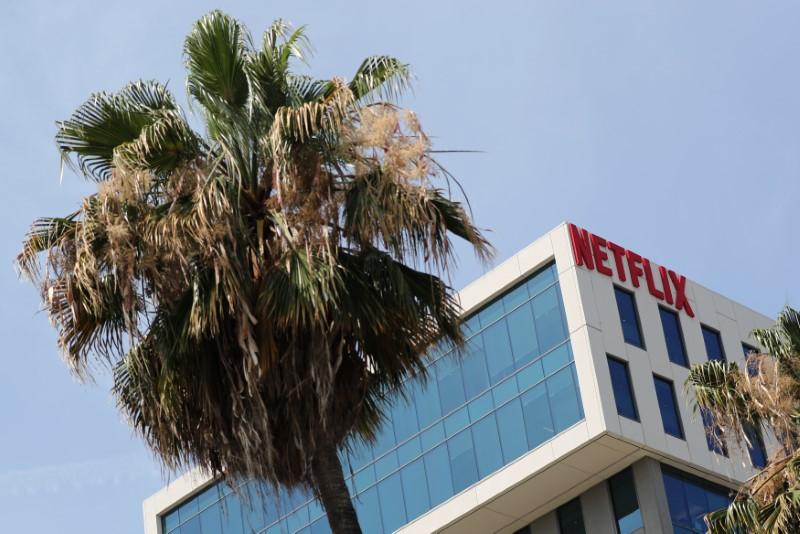