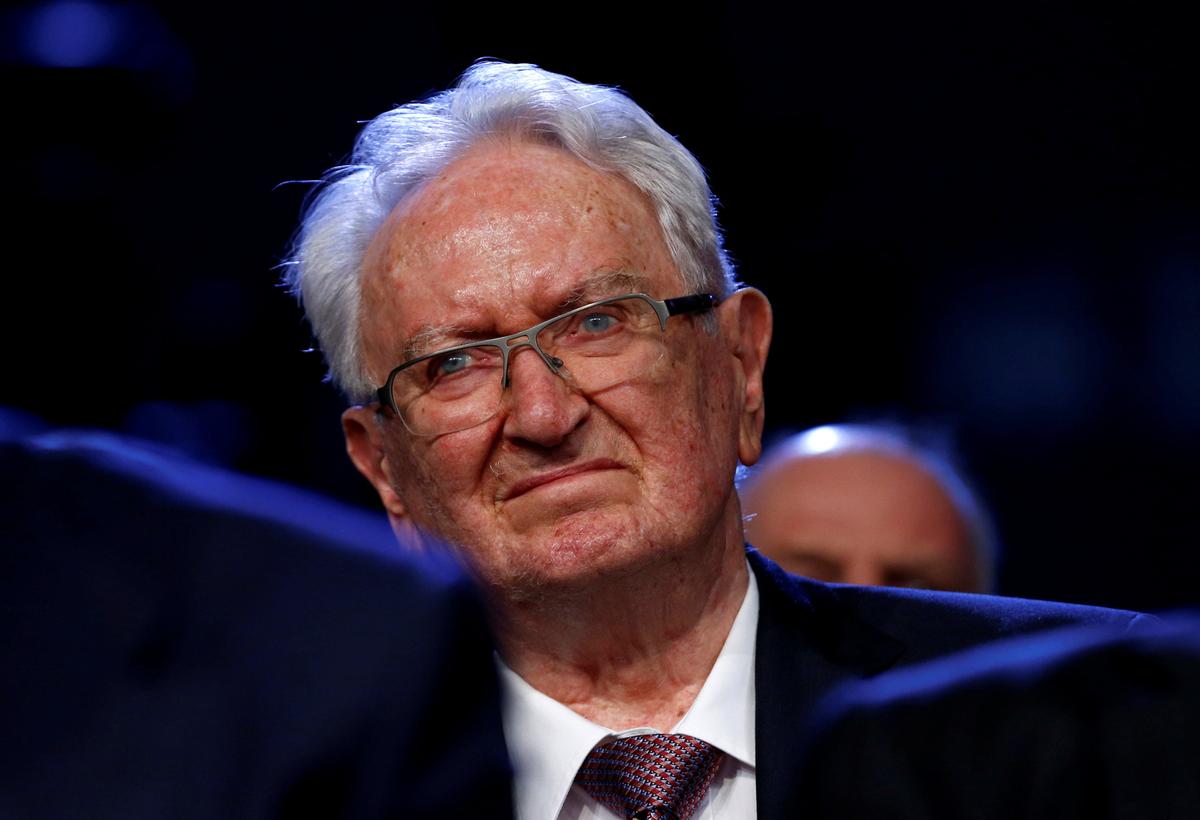 ZURICH (Reuters) – Nestle (NESN.S) veteran Helmut Maucher, who turned the Swiss-based company into the world’s biggest food group during his almost 20-year leadership, has died at the age of 90, the company said on Wednesday.

Maucher, a German who joined the company as a commercial apprentice and later became chief executive and chairman, passed away at his home in Bad Homburg, Germany on Monday, Nestle said in a statement.

“Helmut Maucher was a highly esteemed and charismatic personality, a strong and visionary leader, who dedicated so much of his life to Nestle,” Nestle Chairman Paul Bulcke said in the statement.

Known for being outspoken, Maucher boosted the company’s sales through a series of aggressive acquisitions in the 1980s.

Maucher joined Nestle as an apprentice at the Nestle factory in Eisenharz, his home town in southwestern Germany, and held several management positions in Germany before transferring to Nestle’s Swiss headquarters in 1980.

He was named chief executive in 1981, at the height of a dispute over Nestle’s marketing of infant formula in developing countries.

Under the old-school manager’s leadership, Nestle added Carnation milk and Buitoni pasta to its brand portfolio, and went ahead with the contested takeover of British firm Rowntree, the maker of KitKat and Smarties, in the late 1980s.

From 1990 to 1997, he simultaneously held the jobs of CEO and chairman. He retained the latter position until 2000 when he reached mandatory retirement age and was named honorary chairman.