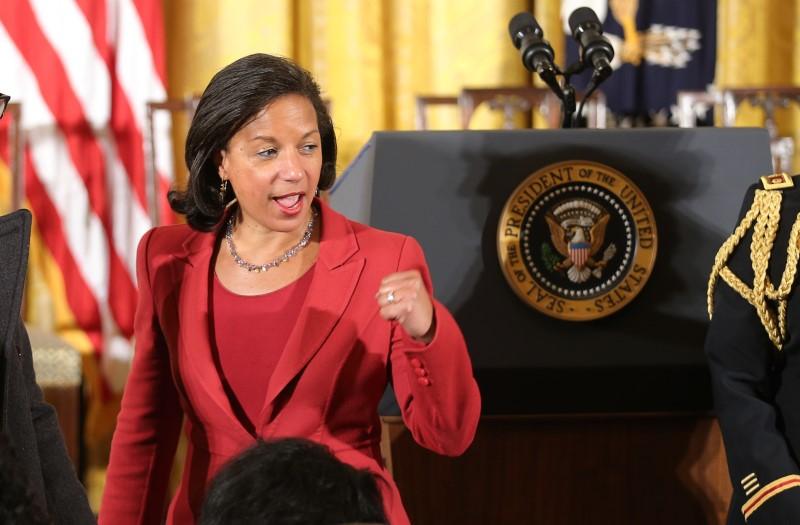 NEW YORK(Reuters) – (The writer is a Reuters contributor. The opinions expressed are his own.)

FILE PHOTO: U.S. National Security Advisor Susan Rice heads to her seat before a ceremony awarding the Presidential Medal of Freedom to various receipients in the East Room of the White House in Washington, U.S., November 22, 2016. REUTERS/Carlos Barria

Think of 2018 as one big game of diplomatic Whack-a-Mole. Take care of one seemingly impossible challenge, and another one just pops up in its place.

Behind the scenes, largely unheralded, are the men and women trying to keep the world from blowing up. But how did they end up in those very important back rooms?

For the latest in Reuters’ “First Jobs” series, we talked to some of America’s foremost diplomats about how they got their starts in life.

When I was 14, after my freshman year in high school, I was a summer page in the House of Representatives. That basically meant I ran letters and packages all over the Capitol. The advantage of it was that I could interact face-to-face with members of Congress, and sometimes watch proceedings on the House floor.

It was a pretty rude awakening to Congress, warts and all. Also, we were a largely unsupervised group of teenagers, enjoying a lot of freedom, with all that entails. In that sense as well, it was pretty eye-opening.

Even when I was 14, I was interested in the workings of government, so I was lucky that I got to experience it firsthand. I still know my way around Capitol Hill pretty well, and can find my through all the bowels and basements and hidden hallways.

Former U.S. ambassador to the United Nations, Russia, and India

This was in Bloomfield, New Jersey, in a plant which manufactured steel casings for fire extinguishers. I had to move big pallet-loads of steel around, which had to be pressed in gas-fired ovens. Luckily I’m still here, and didn’t kill anybody.

I remember there was no air conditioning, and this was summertime, so it was hot as hell.

I think there were some lessons for diplomats in that job. It was hard work, very dangerous, and you always had to think about next steps. It was serious business that was potentially injurious to many people, and so you had to be extremely careful at every moment.

Former under secretary of state for public diplomacy and public affairs

My first real job was working at McDonald’s. The same day I got my driver’s license, I asked to borrow the family car (we only had one) and my mom recalls that I came home and announced that I had a job. They had always taught me that all work was valuable, and I looked forward to earning my own spending money.

Several days a week in the early evenings, after swim practice, I worked behind the counter filling people’s orders. McDonald’s has great training programs and I learned the value of precision. It also gave me an early taste of the critical importance of customer service.

Former U.S. ambassador to the United Nations and governor of New Mexico

When I was 17, I was a pitcher in the Cape Cod baseball league. But I had to pay for my own room and board, so in the mornings before games, I was a landscaper in Cotuit, Massachusetts. I would mow lawns, and use tractors to clear brush, and get paid something like $2 an hour. This was back in the late ‘60s.

I remember being so tired, and then after my shift I had to go pitch baseball games. I was a relief pitcher, had a creditable ERA, and would come in to mop up games. I knew I was not going to be a major leaguer, because I was a curveball pitcher, and at age 21 my arm just went dead. At that time they didn’t have Tommy John surgery, so that was it.

They had big lawns on Cape Cod, and plenty of wealthy people, so I always had a lot of work to do. To this day, when I see some guy mowing a lawn, I say: Hat’s off to him. Because it’s not an easy job.