WASHINGTON (Reuters) – The owner of U.S. tabloid newspaper the National Enquirer pushed back on Friday against accusations of “extortion and blackmail” from Amazon.com Inc Chief Executive Jeff Bezos, saying its reporting on an extramarital relationship involving the world’s richest man was lawful and it would investigate his claims.

Bezos on Thursday accused American Media Inc (AMI) of trying to blackmail him with the threat of publishing “intimate photos” he allegedly sent to his girlfriend unless he said in public that the American supermarket tabloid’s reporting on him was not politically motivated.

The accusations of blackmail could complicate a related legal matter involving the National Enquirer’s actions during the 2016 U.S. elections. AMI has had close links with U.S. President Donald Trump, who has attacked Bezos, Amazon and the newspaper he owns privately, the Washington Post, on Twitter.

“American Media believes fervently that it acted lawfully in the reporting of the story of Mr. Bezos,” the company said in a statement.

Bezos and his wife announced last month that they were divorcing after 25 years of marriage. That same day, the National Enquirer touted it was publishing alleged intimate text messages between Bezos and Lauren Sanchez, a former television anchor whom he was said to be dating.

Bezos opened an investigation into how the messages could have ended up in the hands of the tabloid, led by longtime security consultant Gavin de Becker. De Becker told media that the leak was politically motivated.

U.S. prosecutors in Manhattan are reviewing whether the alleged extortion violated a cooperation agreement made last year with AMI in connection with a $150,000 hush-money deal with Karen McDougal, the former Playboy model who claims she had an affair with U.S. President Donald Trump. The president has denied McDougal’s claim.

The deal not to prosecute was conditional on AMI not committing any crime, according to the United States Attorney’s Office for the Southern District of New York.

Bloomberg News said Manhattan prosecutors had already been given information about the company’s exchanges regarding Bezos.

In a blog post on Thursday, Bezos cited an email from AMI deputy general counsel, Jon Fine, to a lawyer representing de Becker. In it, AMI proposed a public acknowledgment from Bezos and de Becker that “they have no knowledge or basis for suggesting that (AMI’s) coverage was politically motivated or influenced by political forces.”

In return for such an acknowledgment, according to the email, AMI offered “not to publish, distribute, share, or describe unpublished texts and photos,” Bezos said.

Bezos said the statement AMI was proposing was false and described the offer as an “extortionate proposal.”

Bezos, Fine, and de Becker were not immediately available for comment. Amazon declined to comment. Shares of the world’s largest online retailer were down 1.8 percent at $1,584.74.

Extortion typically involves an effort to obtain property, services, money or some other benefit by threatening violence, reputational harm or other injury.

In Florida, where American Media is based, extortion includes maliciously threatening targets with disgrace, or to expose their secrets. In Washington state, where Amazon is based, it includes threatening to expose secrets that may subject targets to hatred, contempt or ridicule, or reveal information that the targets wanted to conceal. 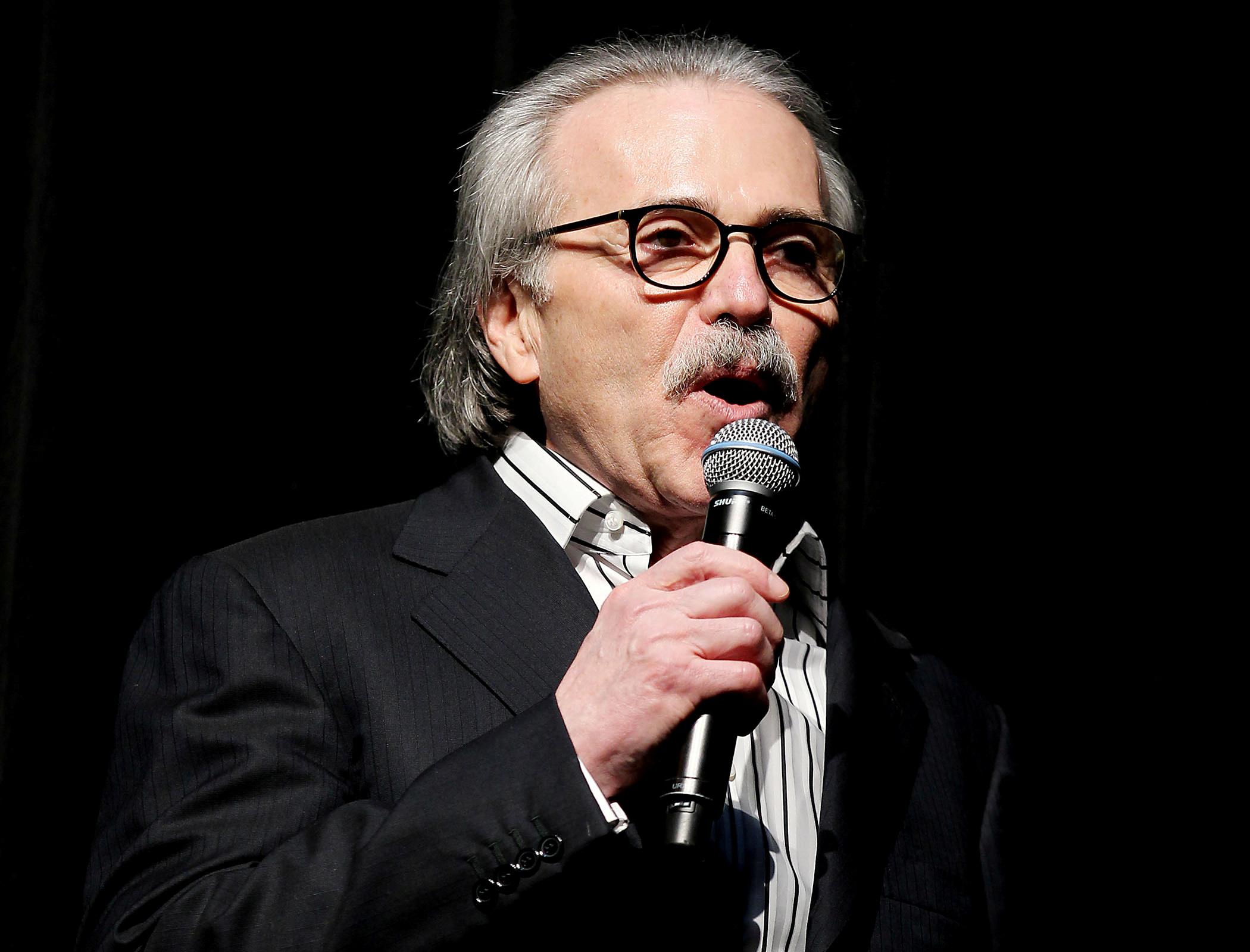 Both forms of extortions are second-degree felonies.

On Friday, AMI said that at the time of Bezos’ allegations it was “in good faith negotiations to resolve all matters with him.”

“In light of the nature of the allegations published by Mr. Bezos, the Board has convened and determined that it should promptly and thoroughly investigate the claims. Upon completion of that investigation, the Board will take whatever appropriate action is necessary,” it added.