NEW YORK (Reuters) – Wall Street stocks fell sharply in volatile trading on Friday, with the Nasdaq confirming it is in a bear market, as concerns of slowing economic growth led investors to flee stocks in high-valuation sectors such as technology and communication services.

The major U.S. stocks indexes accelerated declines in the last hour of trading after White House trade adviser Peter Navarro said the United States and China might not reach a trade deal at the close of a 90-day negotiating window unless Beijing can agree to a profound overhaul of its economic policies.

With Friday’s losses, the Nasdaq has fallen nearly 22 percent from its Aug. 29 high. The tech-heavy index dropped to its lowest level since August 2017.

The mid-cap S&P 400 also confirmed it is in a bear market.

Navarro’s comments added to already-mounting concerns over political uncertainty and the possibility of a slowdown in economic growth.

“That’s definitely a weight on the market,” said Shannon Saccocia, chief investment officer at Boston Private, of Navarro’s comments. “For investors, there’s a heck of a lot of small storms to be sailing ships through.”

The increasing likelihood of a partial government shutdown injected further pessimism into U.S. stock markets. President Donald Trump said there was a very good chance a government funding bill, which includes funding for a wall along the Mexico border, would not pass the Senate.

The looming shutdown threat, along with Navarro’s comments, overshadowed remarks from New York Fed President John Williams that the Fed was open to reassessing its views, which provided a fleeting boost to the markets.

Technology and communication services stocks bore the brunt of the sell-off, falling 3.0 percent and 3.1 percent, respectively.

For the second day in a row, more than 2,600 New York Stock Exchange and Nasdaq-listed stocks hit 52-week lows. The day before, nearly 3,000 stocks hit their low for the year, the most in any one day since October 2008.

Adding to volatility was “quadruple-witching,” when options on stocks and indexes as well as futures on indexes and stocks expire. Volume on U.S. exchanges was 15.18 billion shares, its highest level in nearly two-and-a-half years, compared to the 8.81 billion average over the last 20 trading days. 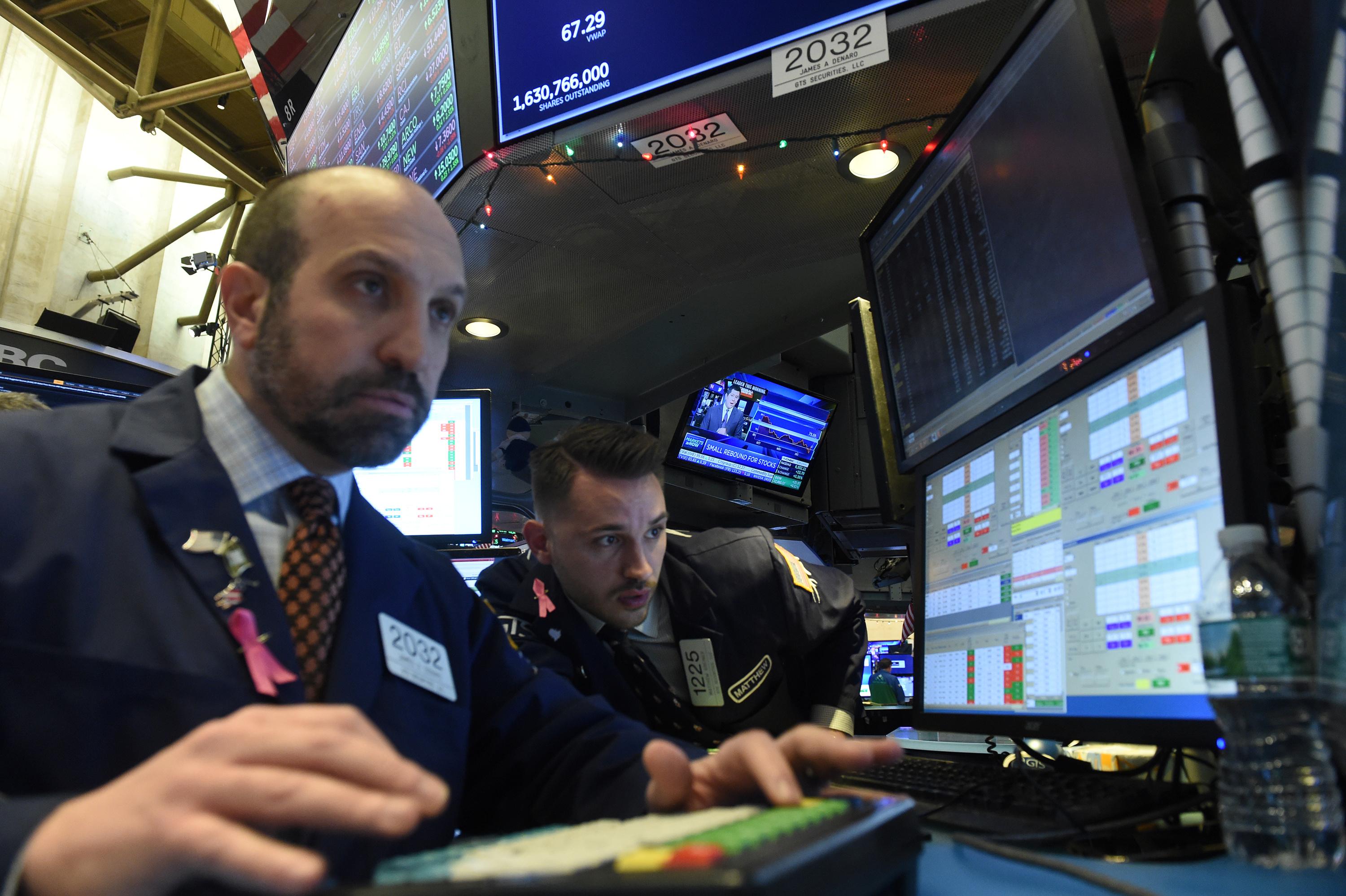 Declining issues outnumbered advancing ones on the NYSE by a 3.57-to-1 ratio; on Nasdaq, a 3.77-to-1 ratio favored decliners.