LONDON (Reuters) – Rupert Murdoch has stepped up the pressure on Britain to approve his $14.5 billion bid for Sky (SKYB.L) by offering to sell or legally separate Sky News, seeking to allay concerns about the 87-year-old mogul’s political influence.

Fox agreed in December 2016 to buy the 61 percent of European pay-TV group Sky it does not already own, but the deal has been repeatedly delayed by the UK government and regulators.

Fox had already promised that Sky’s 24-hour news service would remain independent under the ultimate control of Murdoch, but critics, including some high-profile politicians, remain adamantly opposed due to Murdoch’s record of influence through owning the Sun and the Times newspapers.

The delay enabled U.S. cable giant Comcast Corp CMCSA.0 to gatecrash the deal in February by saying it would offer 12.50 pounds a share to buy Sky, compared with Fox’s 10.75 pounds – although it has not yet made a formal bid.

As the Sky deal remained in regulatory limbo, Fox separately agreed to sell a string of assets, including its 39 percent stake in Sky, to Disney, potentially taking Murdoch out of the Sky equation.

Fox said on Tuesday its new concessions went beyond the steps that Britain’s media regulator Ofcom said would mitigate concerns about Murdoch’s influence.

The company, however, needs to persuade another regulator, the Competition and Markets Authority (CMA), and the government.

“We have worked diligently with the CMA throughout its extensive review,” it said.

“In fact, we believe that the enhanced firewall remedies we proposed to safeguard the editorial independence of Sky News addressed comprehensively and constructively the CMA’s provisional concerns.”

Fox said it could legally separate Sky News within the wider Sky group, so it would operate independently with guaranteed funding for 15 years. 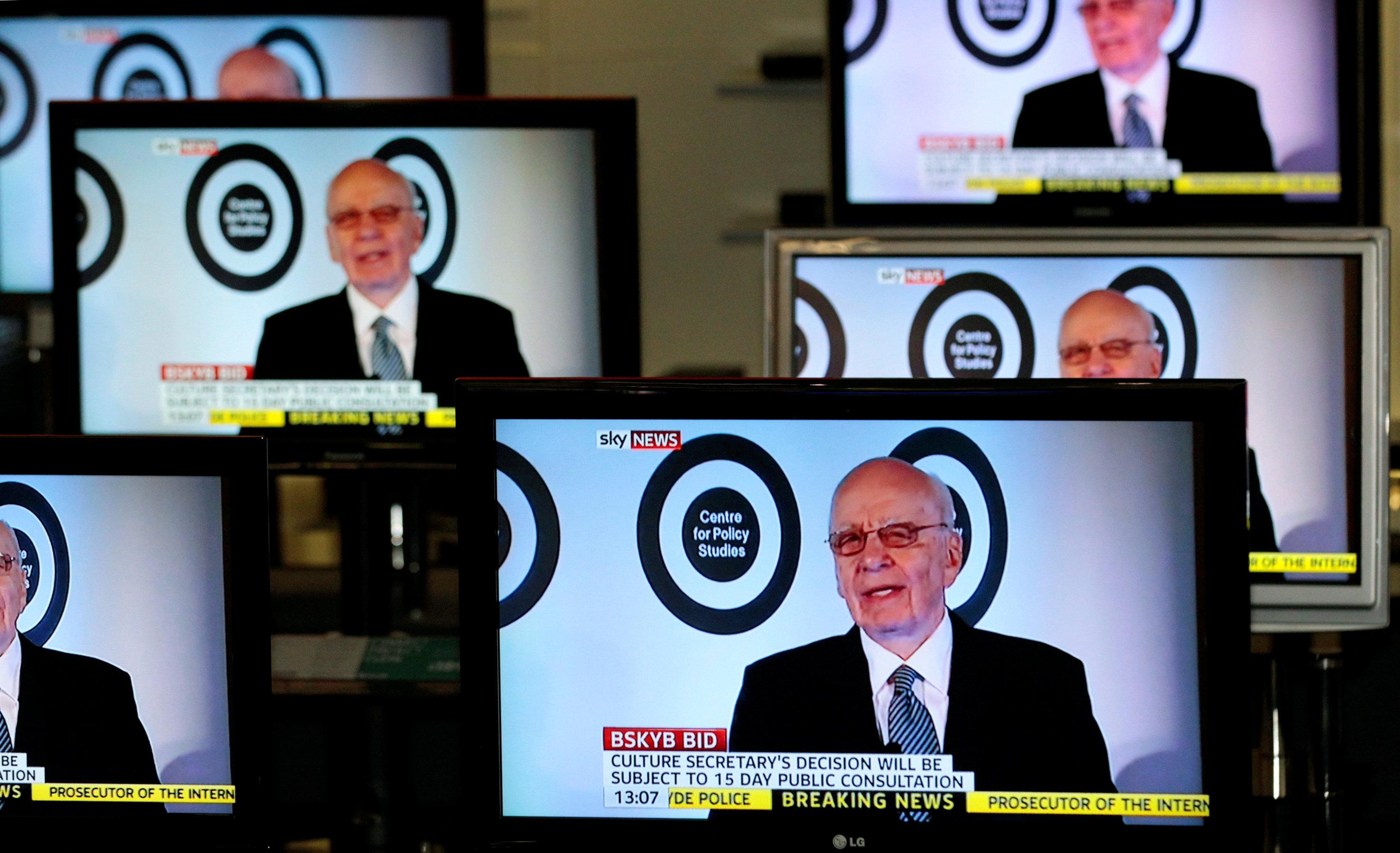 Alternatively, it said Disney had expressed an interest in acquiring the 24-hour news channel, whether or not Disney’s proposed acquisition of Twenty-First Century Fox went ahead.

“We look forward to concluding this acquisition – finally – in a timely and expeditious manner,” he said.

Sky shares were up 0.9 percent at 13.09 pounds at 0906 GMT, above both the agreed offer from Fox and the proposed bid by Comcast.

Analysts at Liberum said Fox’s latest concessions should be enough to secure approval. They also said that two factors pointed to Fox coming back with a revised bid to match Comcast.

First, Fox must have received approval from Disney to offer the concession, they said, and second, Sky said its independent directors remained focused on maximizing value for shareholders.

Separate news on Tuesday that Sky Italia had settled its long-running fight with Mediaset in the Italian pay-TV market also made Sky more valuable, they added.

A group of high-profile British lawmakers, including former Labour party leader Ed Miliband, called last month for Murdoch to be blocked from buying Sky, despite the promises Fox had already made to ensure the independence of Sky News.

The four said the promises did not go far enough, given Murdoch’s record of influence.

The group could not immediately be reached for comment on Tuesday.

Fox said on Tuesday a group of politicians was seeking to influence the CMA, adding they were making “a number of unsupported and fanciful assertions”.