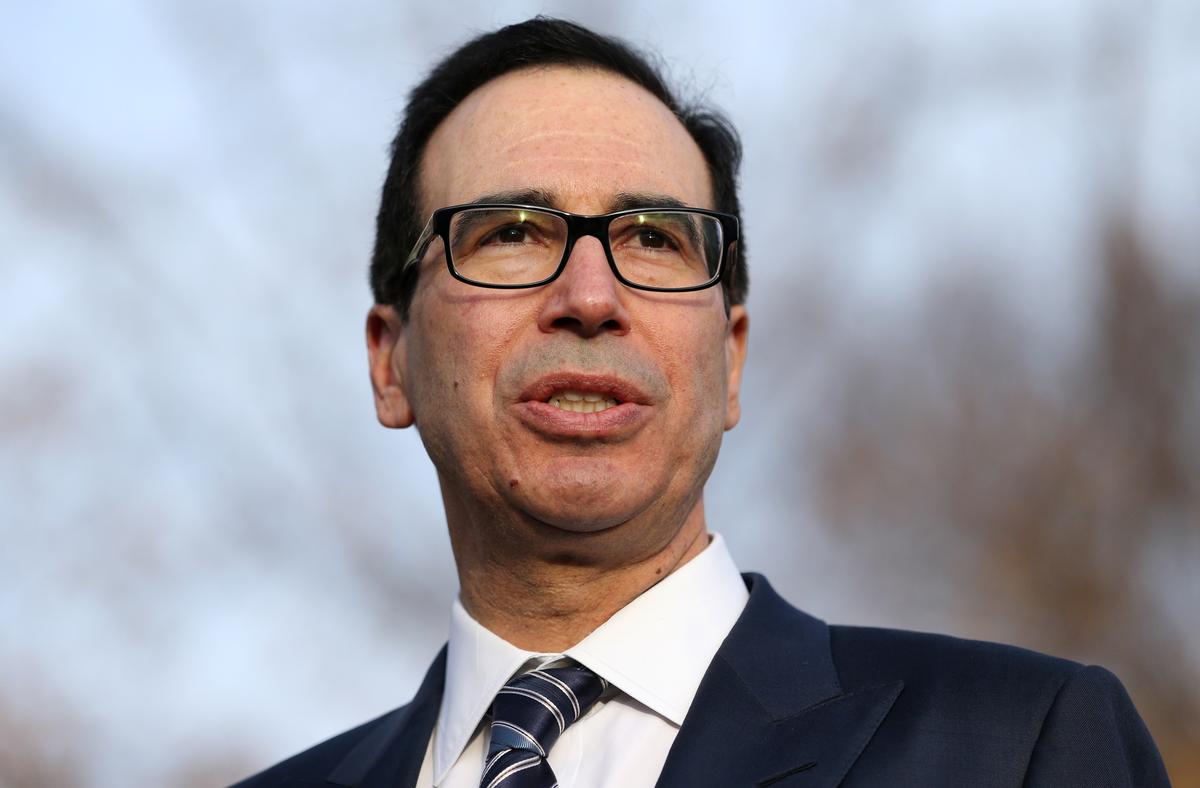 WASHINGTON (Reuters) – The Trump administration is arranging a phone call on Monday with top U.S. regulators to discuss financial markets as stocks fell again amid concern about slowing growth, the government shutdown and the independence of the Federal Reserve, the Treasury Department said.

Treasury Secretary Steven Mnuchin will host the call with the president’s Working Group on Financial Markets, known colloquially as the “Plunge Protection Team.”

Mnuchin made calls to top U.S. bankers on Sunday and got reassurances that banks were still able to make loans, the Treasury said. U.S. stocks have fallen sharply in recent weeks on concerns over slowing economic growth, with the S&P 500 index on pace for its biggest percentage decline in December since the Great Depression.

If Mnuchin’s efforts to poll the top banks on their financial health and convene a call of a group of officials who typically meet to address a crisis was meant to soothe markets, that was not evident early on Monday as Wall Street traded sharply lower in a shortened session ahead of Tuesday’s Christmas holiday.

All the 11 major S&P 500 sectors were lower, and all the 30 components of the Dow Industrials were in the red, pushing them closer to bear territory. However, trading volumes are expected to be muted, with markets closing at 1 p.m. ET (1800 GMT) ahead of the Christmas holiday, and could exaggerate movements.

A statement by Mnuchin on Sunday about his conversation with the banks and plans to convene the so-called Plunge Protection Team “was not especially comforting, however, given that investors had not generally been questioning market functioning in recent days, despite large declines,” Nick Bennenbroek, currency strategist at Wells Fargo in New York, wrote in a note to clients.

The meeting of the working group also comes amid a partial government shutdown that began on Saturday following an impasse in Congress over Trump’s demand for more funds for a wall on the border with Mexico.

The Plunge Protection Team, which was also convened in 2009 during the latter stage of the financial crisis, includes officials from the Federal Reserve as well as the Securities and Exchange Commission.