Ghosn’s sacking in a unanimous board vote marks the end of his chairmanship of Japanese automakers, just two years after he was praised for bringing a steadying hand to Mitsubishi Motors following a cheating scandal in 2016. CEO Osamu Masuko will become temporary chairman, the automaker said.

“Ghosn has lost the confidence of Nissan” and it is “difficult for him to fulfill his duties”, spurring the dismissal, Mitsubishi Motors said in a statement. Nissan holds a controlling 34 percent stake in Mitsubishi Motors and has two executives on the board.

The move comes amid discontent over French partner Renault SA’s role in the 19-year Franco-Japanese alliance of which Ghosn was the driving force.

Sealed in 1999 when Nissan was rescued from near-bankruptcy, it was enlarged in 2016 to include Mitsubishi and enabled the members to jointly develop products and control costs. The alliance vies with Volkswagen AG (VOWG_p.DE) and Toyota Motor Corp for the ranking of the world’s biggest automaker.

Even as Nissan has recovered and grown rapidly, it remains a junior partner in the shareholding structure. Renault owns 43 percent of Nissan and the Japanese automaker holds a 15 percent non-voting stake in the French firm. And Nissan is almost 60 percent bigger than Renault by sales.

Top alliance executives are meeting this week in Amsterdam, aiming to shield their joint operations from the fallout of Ghosn’s arrest as a power struggle between Nissan and Renault looms. Renault has refrained from firing him as chairman and CEO.

Mitsubishi Motors already had plans to discuss its position in the alliance with Ghosn and, following the ouster, it needs to consider focusing on regions and technology where it can retain competitiveness, CEO Masuko told reporters after the board meeting.

Cooperation among alliance members is needed amid the rise of new technology like automated and internet-connected vehicles, he said.

Nissan CEO Hiroto Saikawa told staff on Monday that power was too concentrated with Ghosn and that in future better communication between alliance board members and executives would help preserve independence and generate synergies among the automakers, a Nissan spokesman said.

Ghosn was pushing for a deeper tie-up, including potentially a full merger between Renault and Nissan at the French government’s urging, despite strong reservations at the Japanese firm.

Nissan removed Ghosn at a high-stakes board meeting on Thursday after alleging he understated his income and used company money for personal use.

Mitsubishi Motors is conducting its own probe into potential wrongdoing by Ghosn, and plans to announce the results at its December board meeting. 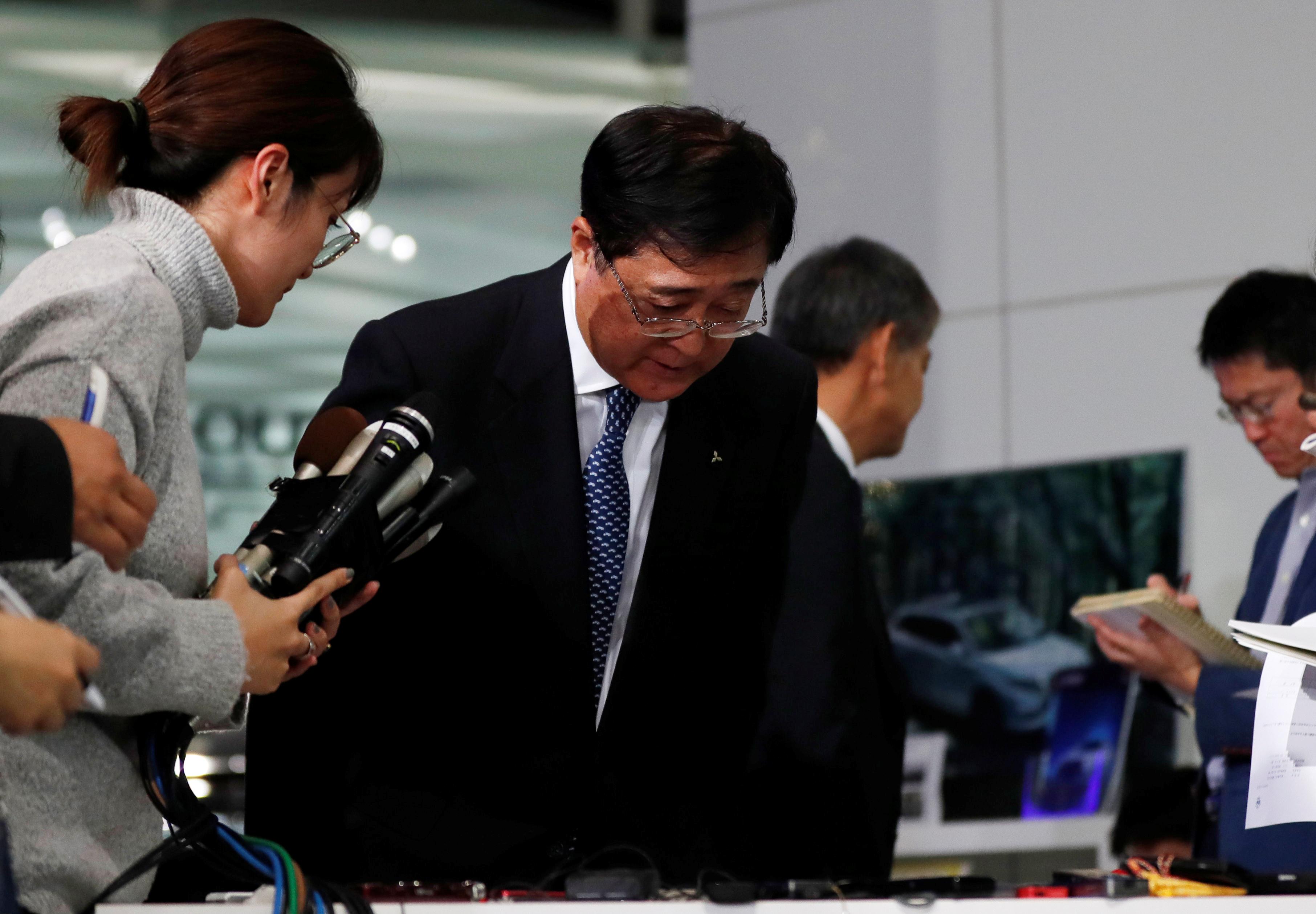 While the automakers have stressed that operations and business are proceeding as normal, Nissan has postponed the launch of its high-performance Leaf electric car “to ensure that this important product unveiling could receive the coverage it merits”, a Nissan spokesman said.

Shares in Mitsubishi Motors closed up 3.3 percent ahead of the announcement while Nissan climbed 1.8 percent, outperforming the broader market’s 0.8 percent gain.