The 65-year-old, who hands over the wheel in early 2019, said the carmaker will phase out diesel engines in European passenger cars by 2021 as FCA (FCAU.N) introduce hybrids and electric cars across all regions to be fully compliant with emissions regulations.

It also set out a roadmap for its Jeep, RAM, Alfa Romeo and Maserati brands, which together with the company’s commercial vehicles unit are expected to make up four-fifths of sales by the end of the five-year plan.

“These brands comprise the most significant portion of our revenues and our earnings,” Marchionne said.

Brands like Chrysler or Dodge will become more localized and focused on North America, while Jeep, Alfa and Maserati will be expanded to have global reach, as part of an overall spending plan of around 45 billion euros.

The Fiat brand, once among Europe’s top selling brands, will be reduced to a few models such as the iconic 500 and the popular Panda hatchback. The 500 family in particular will become a big part of the electrification drive in Europe.

“The space for Fiat in Europe is going to be redefined,” Marchionne said, adding he needed to cut products that lacked pricing power.

FCA is on track to meet or exceed nearly all the financial targets it set in the last strategy plan to 2018, notably a goal to erase net debt.

Marchionne, widely credited with rescuing both Fiat and Chrysler from the brink of bankruptcy, sported a tie rather than his trademark sweater on Friday to celebrate the fact that the debt milestone will already be reached by the end of June.

FCA expects to return to an investment grade rating by the end of next year and is targeting a dividend payout ratio of around 20 percent over the plan period. 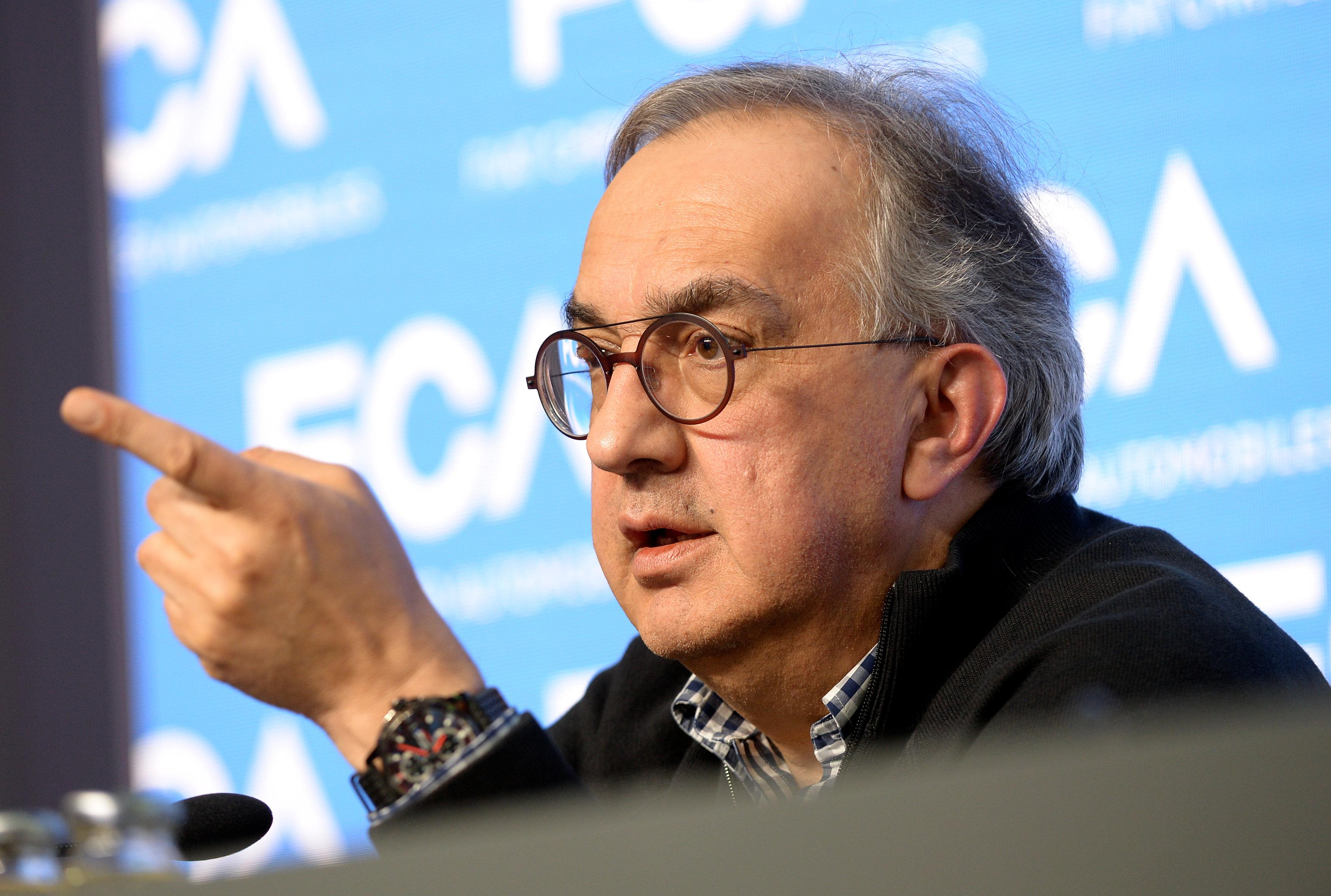 The world’s seventh-largest carmaker said it sees adjusted earnings before interest and tax of between 13-16 billion euros in 2022, up from 6.6 billion euros last year, while margins are expected to rise to between 9-11 percent from 6.3 percent.

FCA announced a plan to bring U.S. financial services in-house, as well as aggressive targets for expanding Jeep, whose roots date back to World War Two and which has become FCA’s ticket to creating a high-margin brand with global appeal.

It said it expects one in every 12 utility vehicle sold industry-wide by 2022 to be a Jeep. Marchionne’s “wild guess” was that Jeep sales could double by then.

The RAM truck unit aims to grow global sales by up to 30 percent and in doing so to become the No. 2 commercial vehicle brand in North America.

Meanwhile, Maserati will launch hybrid and fully electric vehicles and source engines from Ferrari, seeking to take on both Tesla and Porsche.

FCA said it is targeting annual sales of 400,000 for the sporty Alfa Romeo brand in 2022, up from the 170,000 expected this year. The initial aim was to hit that target this year, but the revamp was affected by design and technological hiccups and the brand has yet to turn a profit.

FCA retooled some U.S. plants to boost output of lucrative SUVs and trucks, while ending production of unprofitable sedans.

The move got FCA close to erasing the margin gap with its larger U.S. rivals GM (GM.N) and Ford (F.N). Marchionne said the new objective is to become the most profitable U.S. car company.

“A similarly credible exercise for EMEA (Europe, Middle East and Africa) will give investors confidence in targets for the region,” said George Galliers, an analyst at Evercore ISI.

FCA expects that margin to grow to between 5 and 7 percent by 2022 by converting Italian plants to churn out Alfas, Jeeps and Maseratis and limiting mass market products to certain markets, discontinuing them or moving them elsewhere.

Beyond electrification, FCA will keep pursuing partnerships to develop autonomous cars, like the one it has with Alphabet Inc’s (GOOGL.O) self-driving unit Waymo.

Marchionne said FCA would keep its options open and work with experts in the field rather than develop all the technologies in-house as some competitors have done.

“The best way to deploy capital is to explore, it’s way too early to make calls,” he said.

Marchionne poured cold water on the idea of a Maserati or Alfa spin-off under the new plan, although some investors believe it is just a matter of time.

Asked whether the company would seek a merger deal in the post-Marchionne era, John Elkann, FCA chairman and scion of Fiat’s founding family, said that while his clan has always been open to considering M&A to strengthen the company, with its future “so bright” there was no talk of selling.