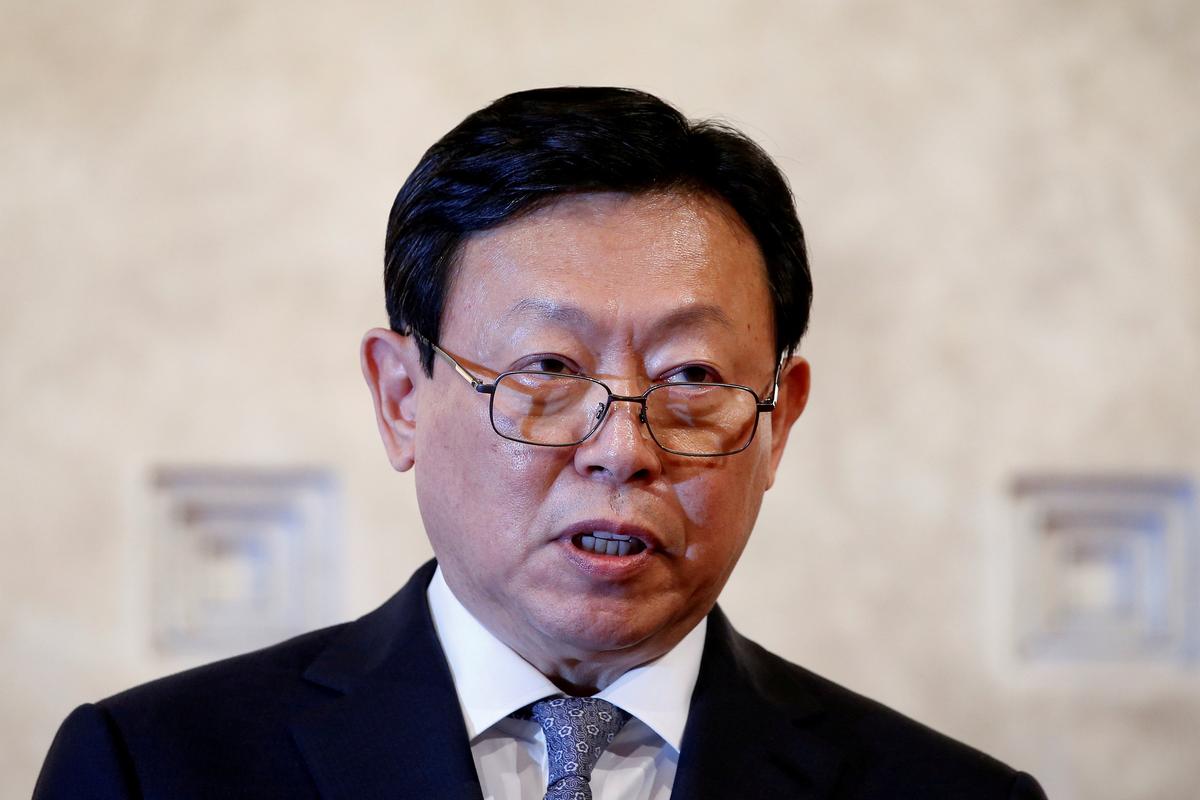 SEOUL (Reuters) – The chairman of South Korea’s Lotte Group, who was convicted for bribery last week, has relinquished representative rights at a key Japanese holding company, adding further uncertainty to a conglomerate reeling from a plunge in business in China.

Shin Dong-bin will retain his title of vice chairman and position on the board of Japan’s Lotte Holdings Co Ltd, which owns major stakes in many Lotte units, the Japanese firm said on Wednesday.

Shin is widely seen as the cohesive leader between the group’s South Korean and Japanese arms, whose operations are separate.

South Korea’s Lotte Corp (004990.KS) said it expected cooperation between Japanese and South Korean Lotte units to “inevitably” weaken following the development. Executives in South Korea will “seek to overcome such a situation” through continued communication with management at Japanese units.

The development comes as Lotte puts up its China hypermarket business for sale, after locals shunned the firm for providing land for a U.S. anti-missile system which drew protest from Beijing. The sale has prompted Lotte to turn its attention to Southeast Asian markets.

Last week, Shin was sentenced to two years and six months in prison over an influence-peddling scandal that has rocked South Korea’s business and political elite. He has appealed the conviction.

Shin said he wanted to give up his representative rights following his arrest and the board of directors agreed, Lotte Holdings said in a statement.

Representative rights are typically given to top executives and grant wide-ranging authority over management matters under Japanese corporate law.

Lotte Holdings shareholders’ support of Shin is widely seen as important to keep at bay a brewing dispute at South Korea’s fifth-largest business group among its founding family.

Shin and his elder brother were engaged in a feud over control of the group in 2015, after the brother was removed from his positions at Japanese Lotte units.

It was unclear whether Shin’s relinquishing of representative rights reflected a change in shareholder support.

Reporting by Joyce Lee in SEOUL, and Sam Nussey and Taiga Uranaka in TOKYO; Editing by Christopher Cushing