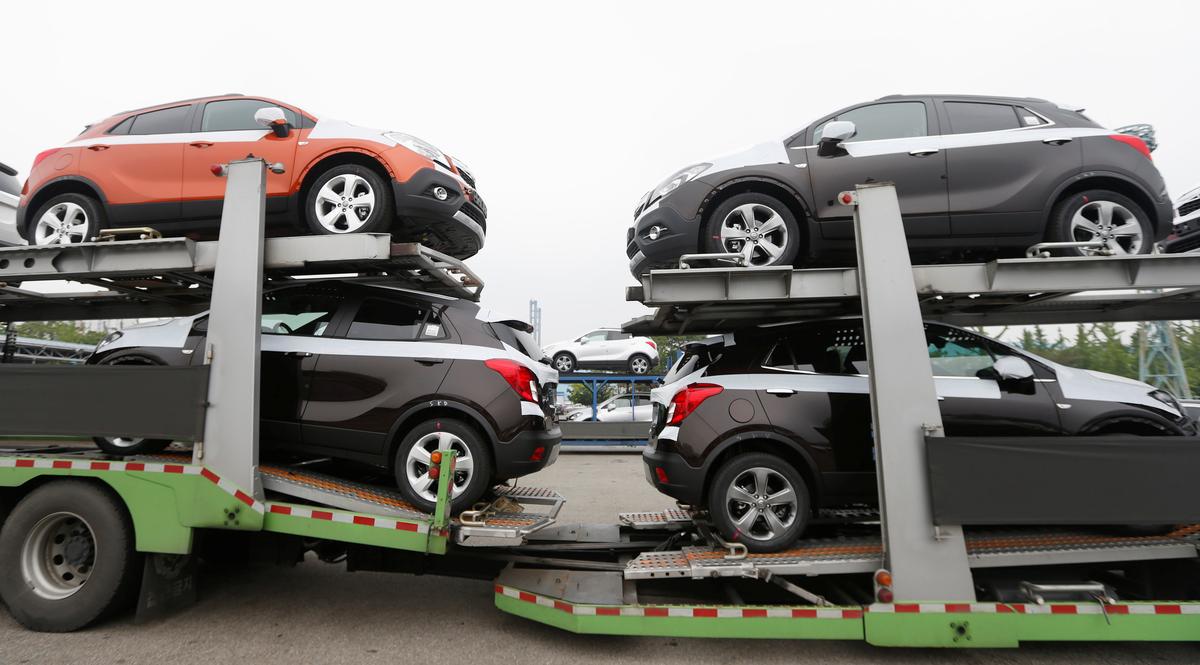 SEOUL (Reuters) – Only weeks into a new job heading General Motors Co’s international operations, Barry Engle flew into a frigid South Korea in January and held a series of meetings with government officials to discuss the future of GM’s loss-making local unit.

In what they thought were meet-and-greet introductions, senior officials agreed to work with the global automaker on problems at GM Korea, according to South Korean officials with direct knowledge of the meetings.

Last week, Engle made another visit, meeting with the head of state-run Korea Development Bank, which owns 17 percent of GM Korea. Bank and government officials said Engle asked for financial support and in return, KDB suggested an audit before it would consider committing any fresh funding.

South Korea officials said they left reassured they were making progress working through issues, albeit slowly.

Then came the bombshell.

On Tuesday morning, GM announced it would shut its Gunsan plant, which employs 2,000, and decide the future of the remaining three other Korean plants within weeks.

“GM only talked about the difficult situation they were in, and asked for our help, but did not say a word about the closure before. It was a shock to us,” a South Korean government official said.

The discord and lack of communications point to rocky negotiations ahead as South Korea seeks to prevent further job losses and provide support for a critical part of its manufacturing sector while avoiding criticism for spending tax payers’ money to support private industry.

The tensions also come at a difficult time for U.S.-South Korean relations given U.S. President Donald Trump’s determination to renegotiate the U.S.-Korea Free Trade Agreement. Any undermining of the Seoul-Washington relationship could also factor against efforts to pressure North Korea over its nuclear and missile programs.

The government official and another source said GM informed Seoul about the decision in a phone call only the evening before its announcement.

The sources declined to be identified because of the sensitive ongoing nature of the matter.

A GM Korea spokesman confirmed the company notified the government about Gunsan closure on Monday, but said the matter had been already discussed and approved by the board, including board members nominated by KDB, last week.

“We plan to seek full support from government and other stakeholders about our turnaround plan,” he said.

South Korea’s government said it deeply regretted GM’s unilateral decision and any aid would depend on GM’s new investment into its Korean operations.

GM said it will invest if it is successful in “working with our stakeholders to restructure and get to a viable cost structure”.

“There is deep rooted distrust about GM among government officials. Trust has collapsed a long time ago,” a person familiar with the South Korean government’s thinking said.

KDB believes GM Korea has not shared sufficient information about its finances or the cause of its mounting losses, this person added.

The GM Korea spokesman said it will explain its “transparent practice” to the government during upcoming discussions.

But the automaker’s decisions to exit other unprofitable markets have exacerbated problems for GM Korea, which used to build many of the Chevrolet models GM once offered in Europe.

In December 2013, GM announced its decision to pull Chevrolet out of Europe. Last year, GM agreed to sell its Opel and Vauxhall brands in Europe to PSA Group

A further complication is pressure from the administration of U.S. President Donald Trump to address the U.S. trade imbalance with South Korea and bring manufacturing back to the United States.

“Trump is putting pressure on GM to shift production to U.S. It is Government Motors, not General Motors,” the person said.

However, the GM Korea spokesman said: “The Gunsan plant announcement is related to our need to restructure our business in South Korea,” and is not being done for political reasons.

Sources familiar with GM’s future planning say the company’s global production strategy is still fluid, but GM could shift production out of Korea to an existing plant in another country.

GM’s announcement of the Gunsan plant shutdown and launch of voluntary redundancy plans couldn’t have come at a worse time.

South Korean officials are also in the middle of hosting the Winter Olympic Games and have been focused lowering tensions with North Korea, which sent a high level delegation last week.

A Detroit-based source at GM told Reuters the timing of the announcement was dictated by urgency of the matter as its 2018 wage negotiations with South Korean workers have begun. Top management decided the time had come to put a lid on the losses, starting with closure of the Gunsan plant, the person said.

GM’s approach has prompted speculation in South Korea that the automaker is seeking to maximize pressure on President Moon Jae-in’s administration, which has touted job creation as its top economic policy.

“Bail out or not, the decision will be inevitably a political one,” said Yun Chang-hyun, an economics professor at Seoul National University.

“Politicians and lawmakers representing regions affected will come forward to push the government to help the company. But a painkiller won’t do, what GM needs is a major surgery.”

Hong Young-pyo, a ruling party lawmaker from Bupyeong where GM Korea’s biggest factory is based, said he had met Angle early this month, and he did not hear about the shutdown.

“Of course, I was surprised,” he said. “Engle has repeatedly said they are not considering withdrawing from the country. But he said GM Korea needs government help and restructuring to normalize its operations.”

“We should prepare for the possibility of GM’s exit. I see a 50 percent chance of GM’s complete withdrawal,” Hong said.

KDB said a veto power on strategic decisions it held as part of an agreement with GM expired last October, leaving South Korea with few legal options if GM wants to pull out of the country.

“We have to find out first how sustainable GM Korea is. We can’t just pour taxpayers money as a ransom to keep GM from leaving the country,” one government official said.

In Gunsan at least, GM Korea workers are downbeat.

“Eventually the closure has become a reality,” said Kim Gyo-myoung, a 58-year-old GM worker. “Even if the government injects funds, it probably won’t be the amount that satisfies GM. I can’t see a breakthrough.”