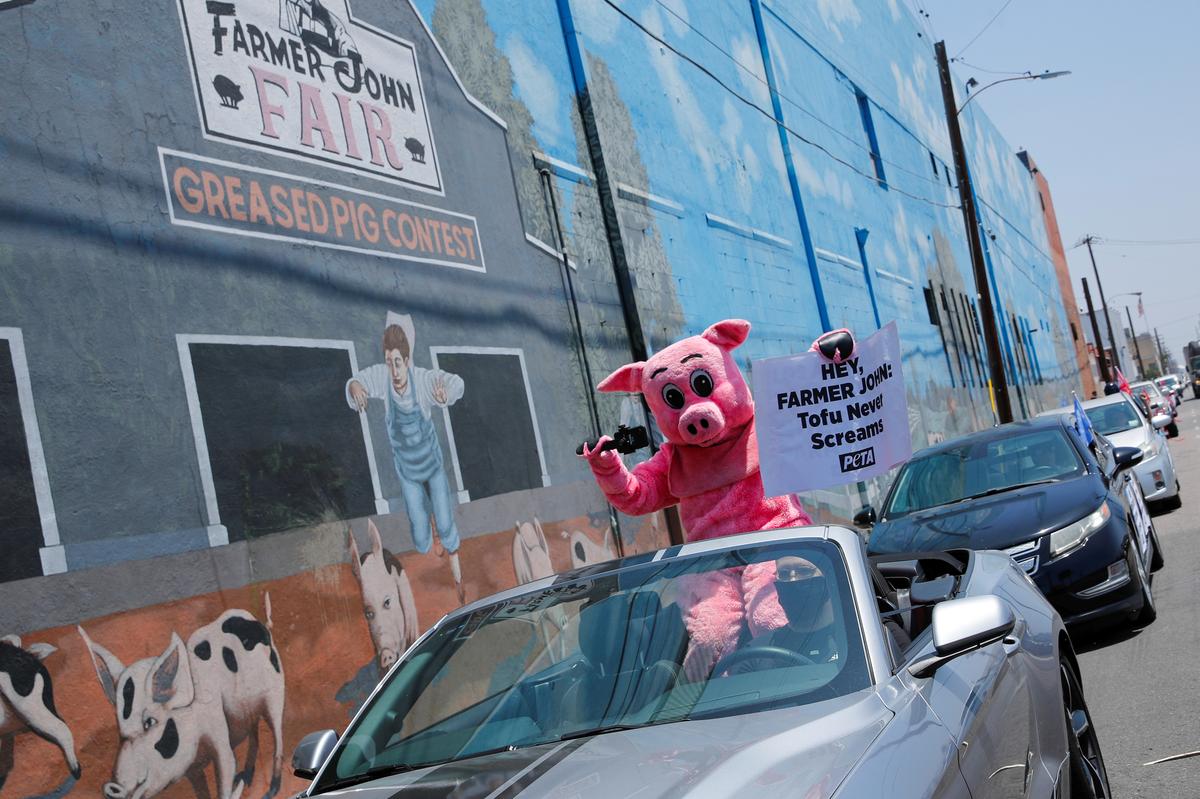 LOS ANGELES (Reuters) – The union representing workers at a meatpacking plant near Los Angeles where at least 153 employees have come down with COVID-19 called on Thursday for the plant’s immediate closure, saying measures to control the outbreak were not working.

The outbreak has hit over 10% of the workforce at the Smithfield-owned Farmer John plant, said John Grant, president of the local chapter of the United Food and Commercial Workers union.

The animal rights group PETA joined the protest, bringing its “Pandemic Pig” in a convertible for a drive-by protest.

Meatpacking plants have proved devastatingly effective vectors of the coronavirus across the United States. About 30 plants temporarily closed in Nebraska, Iowa, Minnesota and several other Midwestern states last month, according to the UFCW.

Pork and beef slaughter capacity have dropped by 30% to 40%, according to the U.S. Department of Agriculture. To avoid a further decline in a major food supply, President Donald Trump at the end of April ordered meat plants stay open during the pandemic.

Los Angeles County Commissioner Hilda Solis said in a statement the county has asked the Smithfield plant to provide a report by next week detailing its COVID-19 mitigation plans and what it is doing to provide support for the plant’s “workers, their families, and the surrounding Southeast Los Angeles communities.”

Baby Was Infected With Coronavirus in Womb, Study Reports