(Reuters) – Walt Disney Co’s (DIS.N) popular theme parks and a remake of “The Lion King” pushed earnings past Wall Street targets on Thursday, and the company spent less than it had projected on its big plunge into streaming entertainment.

Disney is trying to transition from a cable TV leader to a powerhouse in the crowded streaming video market dominated by Netflix Inc (NFLX.O). The family-friendly digital entertainment service, Disney+, is set to debut on Tuesday.

Excluding certain items, Disney earned $1.07 per share for the quarter that ended in September, above average analyst estimates of 95 cents per share, according to IBES data from Refinitiv.

Disney+ will initially stream in the United States, Canada and the Netherlands. On Nov. 19, it will debut in Australia and New Zealand, followed by several countries in western Europe on March 31, Chief Executive Bob Iger said.

“We’re making a huge statement about the future of media and entertainment and our continued ability to thrive in this new era,” Iger told analysts on a conference call.

The company is spending heavily to compete for digital viewers.

Disney’s direct-to-consumer and international unit, which also includes ESPN+ and Hulu, reported an operating loss of $740 million from July through September, up from $340 million the previous year, but less than the $900 million that Disney had forecast.

Seeking a broad audience of all ages, Disney+ will offer a deep library of TV shows and movies from Disney, Pixar Animation, Marvel Studios, the “Star Wars” franchise and the National Geographic Channel, plus original programming such as a new “High School Musical” series and a remake of “Lady and the Tramp.” It will cost $7 per month, less than the $13 for Netflix’s most popular plan.

Edgier adult programming will go to Hulu, including shows from FX Networks starting in March, Iger said. FX on Hulu will feature every season of more than 40 FX original series spanning the past 17 years, such as “Fargo” and “American Horror Story.”

Distribution agreements with Apple, Samsung and others “show they understand this is an ecosystem, and even with all their market power, they can’t go it alone,” said Forrester analyst Jim Nail.

For the just-ended quarter, the theme parks and consumer products unit reported a 17% rise in operating income to $1.4 billion, driven by sales of “Frozen” and “Toy Story” merchandise and higher guest spending at Disneyland in California. 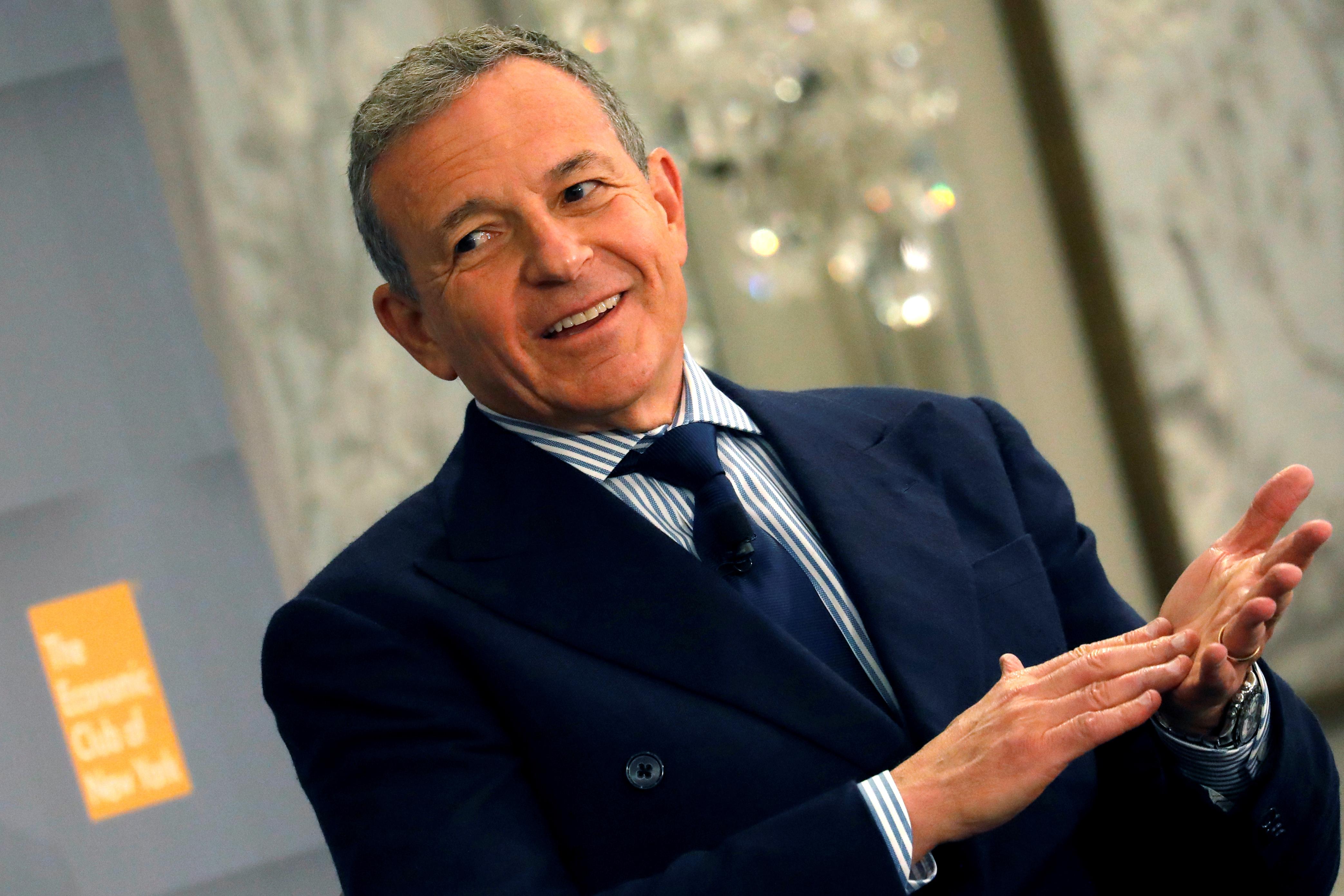 The movie studio benefited from remakes of “The Lion King” and “Aladdin” plus Pixar sequel “Toy Story 4.” Profit at the division jumped 79% to nearly $1.1 billion.

Reporting by Neha Malara in Bengaluru and Lisa Richwine in Culver City, California; Editing by Sriraj Kalluvila and Lisa Shumaker