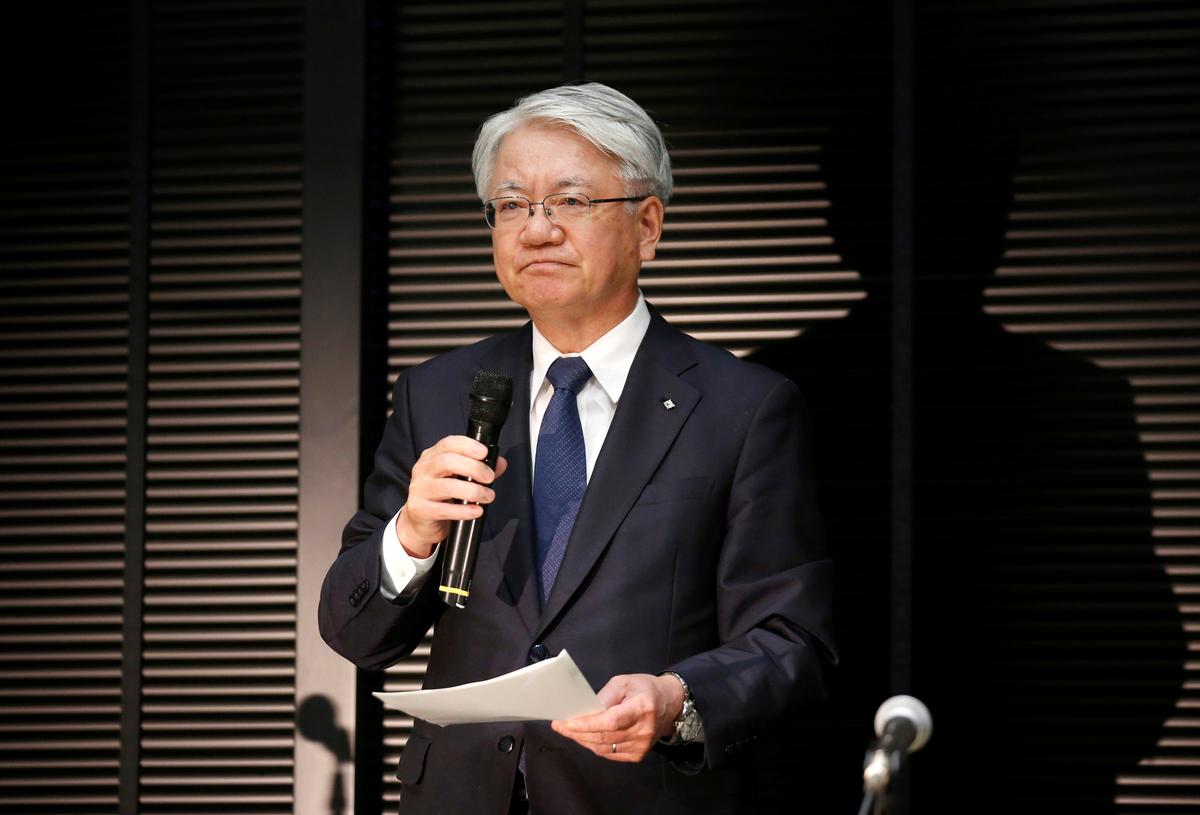 Japan’s third-biggest steelmaker said its CEO will step down to take responsibility for the widespread data fraud scandal that came to light last year, although doubts remain over its corporate culture and the possibility of future fines.

Kobe Steel, which supplies steel parts to manufacturers of cars, planes and trains around the world, admitted last year to supplying products with falsified specifications to about 500 customers, throwing global supply chains into turmoil.

The company, in announcing the results from a four-month-long investigation by an external committee, said it had also found new cases of impropriety, widening the total of affected clients to 605, including 222 customers overseas.

“I feel heavy responsibility as our data falsification has caused trouble to so many customers,” the resigning CEO and chairman, Hiroya Kawasaki, told a news conference.

“I’ve offered my resignation … as I think preventive measures should be done under a new management,” he said.

Kawasaki will leave his post on April 1, with his successor to be decided soon by the board, the company said.

Inappropriate actions were widespread, and were carried out with the knowledge and involvement of many, including management, the company said.

Kobe Steel also announced the resignation of Executive Vice President Akira Kaneko and temporary pay cuts for up to 80 percent of all internal directors and executive officers.

The case was one of the country’s biggest industrial scandals in recent memory, which set off a rash of malfeasance revelations by other Japanese heavyweights, hitting the country’s reputation for manufacturing excellence.

Kobe Steel said the data cheating started at least as early as the 1970s, based on testimony from multiple sources interviewed by the external investigation team.

The company mapped out various preventive measures, including setting up an external committee to oversee quality issues, but those familiar with the company say its problems are entrenched.

“What you see is a pattern, a culture,” said Steven Bleistein, CEO of Tokyo-based consultancy Relansa. “Company culture is something that a leader creates, so the very least you have to do is to remove the leader and the people who were complicit, from the CEO downwards.”

Kobe Steel has had a series of scandals in the last dozen years, including taking part in bid-rigging for a bridge project in 2005, failing to report income to tax authorities in 2008, 2011 and 2013, and falsifying emissions data in 2006. Illegal political funding to candidates in local elections in 2009 also prompted the resignations of the then CEO and chairman.

The data fraud scandal, though, so far appears to have left Kobe Steel’s finances unscathed. In February, the company reinstated a forecast for its first annual profit in three years for the year ending March 31.

But the company is also undergoing a U.S. Justice Department probe, meaning it still faces legal and financial risk. A Japanese government-sanctioned seal of quality has been revoked on some of its product as well.

“There is a pending risk for Kobe Steel as customers at home or abroad may cancel their contracts and take legal actions, and the U.S. Justice Department may seek a penalty,” said Makiko Yoshimura, director at S&P Global Rating Japan.

It is unclear how much a Justice Department fine would be. Last year, Japan’s Takata Corp agreed to plead guilty to criminal wrongdoing and pay $1 billion to resolve a U.S. Justice investigation into ruptures of its air bag inflators that were linked to more than 20 deaths worldwide.