BEIJING/NEW YORK (Reuters) – The billionaire CEO of Chinese e-commerce giant JD.com Inc (JD.O), Richard Liu, was arrested in the U.S. state of Minnesota on suspicion of criminal sexual conduct and later released, and police said an investigation is ongoing.

JD.com said in a statement that the accusations against Liu, 45, were unsubstantiated and “local police quickly determined there was no substance to the claim.”

John Elder, a spokesman for the Minneapolis Police Department, said, however, that “an active investigation” was underway but it was possible for Liu to leave the United States. He declined to provide details of the arrest.

“We don’t know if there will be charges or not because we haven’t concluded an investigation,” Elder told Reuters on Sunday.

Liu is the highest-profile Chinese businessperson to be accused of sexual misconduct. The #MeToo movement that has highlighted sexual misconduct has derailed the careers of well known entertainers, corporate executives and politicians in the United States and other countries, and has begun to find traction in China too.

The complaint against Liu was made just before midnight local time on Friday, and he was released just after 4 p.m. on Saturday, according to the Hennepin County Sheriff website.

JD.com, backed by Walmart Inc (WMT.N), Alphabet Inc’s (GOOGL.O) Google, and China’s Tencent Holdings (0700.HK), did not provide further details, and Liu could not immediately be reached by Reuters. 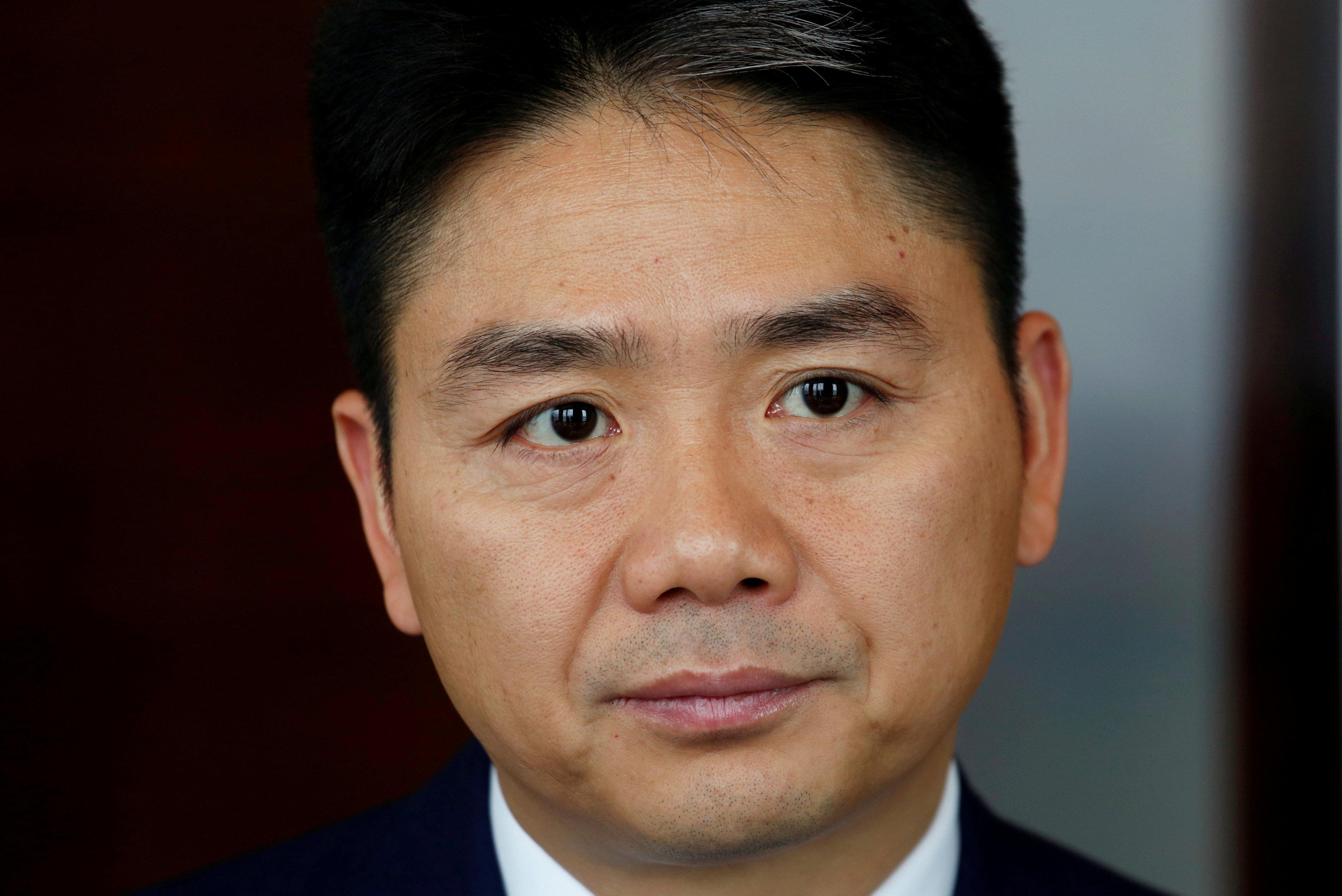 Elder said he did not know if Liu was being represented in the case by a lawyer.

The University of Minnesota said Liu, whose Chinese name is Liu Qiangdong, was a student in its doctor of business administration program, which primarily takes place in Beijing in partnership with the prestigious Tsinghua University and is aimed at full-time executives. The students were in the Twin Cities last week as part of their training.

University spokeswoman Emma Bauer in a statement declined to comment further and referred questions to the Minneapolis Police Department.

Chinese social media was abuzz over the arrest, with a thread on Liu’s police booking photo ranking as the most discussed topic on China’s Weibo platform on Monday morning, read more than 250 million times.

JD.com, one of China’s tech heavyweights, competes with larger rival Alibaba Group (BABA.N), and Liu has a net worth of $7.9 billion, according to Forbes. The company, worth some $45 billion, has seen its stock lose 24 percent of its value this year amid concerns of weakening growth momentum.

Liu built JD.com from scratch. In 1998, he spent 12,000 yuan of his savings to lease a four-square-meter retail space in Beijing’s technology hub of Zhongguancun, setting up a firm that would become JD.com. He is also known for his marriage to Chinese internet celebrity Zhang Zetian.

Zhang, described by Chinese media as 24, shot to fame while a student in 2009 when a photo of her holding a cup of milk tea went viral, giving her the nickname “sister milk tea”. She met Liu while studying in the United States and married him in 2015.

In July, a court in Australia denied Liu’s efforts to block the release of his name in association with a sexual assault trial in which he was not accused of any wrongdoing, according to a court document.

In that case, Liu had hosted a party in late 2015 at his luxury home in Sydney, after which one of his guests accused another guest of sexually assaulting her at a hotel. The defendant was found guilty of seven offenses, according to a court document.

Reporting by Cate Cadell in BEIJING and Barbara Goldberg in NEW YORK. Additional reporting by Kane Wu in HONG KONG, Brenda Goh in SHANGHAI, and Jonathan Barrett in SYDNEY; Writing by Tony Munroe; Editing by Lisa Shumaker and Edwina Gibbs