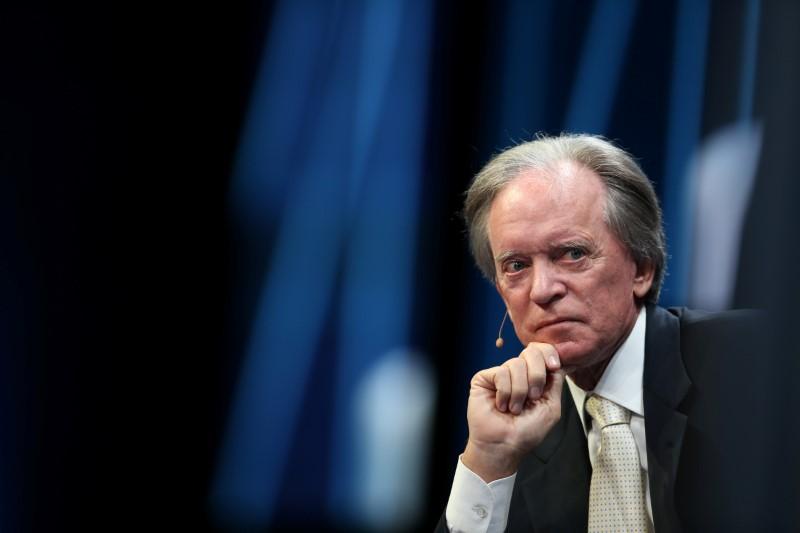 NEW YORK (Reuters) – Investors’ expectations for three or four rate hikes by the Federal Reserve in 2018 are likely overblown while a bear market in bonds will be gradual and “non-threatening,” influential bond investor Bill Gross said on Thursday.

In his latest Investment Outlook piece, Gross, who runs the $2.2 billion Janus Henderson Global Unconstrained Bond Fund, said the U.S. and global economies are too highly leveraged to stand more than a 2 percent fed funds rate in a 2 percent inflationary world.

The Fed lifted its benchmark overnight lending rate by a quarter of a percentage point to a range of 1.50 percent to 1.75 percent at the end of a two-day policy meeting on Wednesday. The U.S. central bank also forecast at least two more hikes for 2018, signaling growing confidence in the strengthening economy, which could lead to more aggressive future tightening.

“If more than 2 percent, a stronger dollar would affect emerging market growth and lead to perhaps premature tightening on the part of the ECB (European Central Bank) and other developed market central banks,” Gross warned. “The Fed’s purported three to four hikes this year beginning in March are likely exaggerated.”

Gross said when it comes to financial markets, both bond and stock markets are over-leveraged and “while it’s hard to pinpoint when enough is really enough, the Great Recession really informed us that Hyman Minsky was right – ‘stability leads to instability’ as good times and higher prices lead to a false sense of optimism.

“The Fed, under (Fed chair) Jerome Powell, hopefully has learned that lesson, and should proceed cautiously, as must his counterparts around the globe.”

Investors should look for a 10-year Treasury yield around 3 percent for the balance of 2018. “That level should ultimately force German Bunds and UK Gilts to higher yields, perhaps 1 percent on Bunds and 1.75 percent on Gilts,” Gross said.

“The bond market’s current ‘beast’ is not so much a killer but a hibernating bear awakening from an extended secular bullish trend of lower inflation and excessive central bank accommodation,” Gross said.

Both appear to be in reversal mode, but the reversal is “gradual and relatively non-threatening” to investors compared to historical examples, he said.