ROME (Reuters) – If Italy leaves the euro, it will be late on a Friday night.

Government officials will have planned the move in the utmost secrecy, telling their European partners only that same evening while simultaneously ordering the shutdown of banks and financial markets to prevent a stampede of capital out of the country.

This is “Italy’s Plan B”, an eye-popping contingency scenario drawn up by the team at a website specializing in economic issues, for how the euro zone’s third-largest economy should go about returning to the lira if necessary.

The 80-page pamphlet was overlooked when it first appeared in October 2015, and would ordinarily have stayed that way.

But then one of the best-known contributors to the website, 81-year-old economist Paolo Savona, was put forward last week as a candidate for economy minister under the new anti-establishment coalition between the right-wing League and the 5-Star Movement.

The government forged on Thursday has since relegated Savona to the more junior European affairs portfolio after the head of state refused to allow an arch euroskeptic to occupy the key economics ministry.

And inside the League, which is dominant in the wealthy Lombardy and Veneto regions in the north, sources say there are no signs of anxiety that leader Matteo Salvini would ever risk the chaos of pulling the country out of the single currency.

Nevertheless, “Plan B” remains on the list of compulsory reading for those seeking to understand the intellectual foundations of the new coalition.

Salvini in particular has been instrumental in bringing Savona and several other euroskeptic economists and their ideas out of intellectual obscurity and into the cabinet for the first time, people familiar with the situation said.

The new economy minister, Giovanni Tria, economics professor at Rome’ Tor Vergata University, was not involved in outlining ‘Plan B’, but he too is no fan of the euro.

Last year he wrote that “not even European Central Bank president Mario Draghi is right when he says the euro ‘is irreversible’, unless he clarifies the conditions and timings of the reforms needed to save the euro”.

On Friday night, however, he told Reuters that he “never said that Italy must leave the euro”.

“A debate on how to reform Europe is going on all over the block and in Italy too. There is no political force in Italy that wants to leave the euro,” he added.

Salvini has cited the work of euroskeptic thinkers in characterizing the currency union as a form of monetary “slavery”, a view not promoted by the League and its heavily business-based supporters until he became its head in 2013.

“Euroskeptic economists have been very able to build up a consensus on social media. Thanks to Salvini, they have now emerged from the academic shadows,” said Riccardo Puglisi, a political economy professor at the University of Pavia and one of the most vocal critics of the idea of leaving the euro.

Another economist who has moved into Salvini’s intellectual circle is Alberto Bagnai, who entered parliament as a senator for the first time in the March 4 elections.

An associate professor in economic policy at Gabriele d’Annunzio University, Bagnai published “Il tramonto dell’euro” (“The sunset of the euro”) in 2012, a book considered by Salvini as a must for any library.

In it, Bagnai described the euro as “an economic monster” and German chancellor Angela Merkel “as intransigent as a League member” for advocating austerity for recession-hit European countries during the global financial crisis rather than letting them spend more to support internal demand. 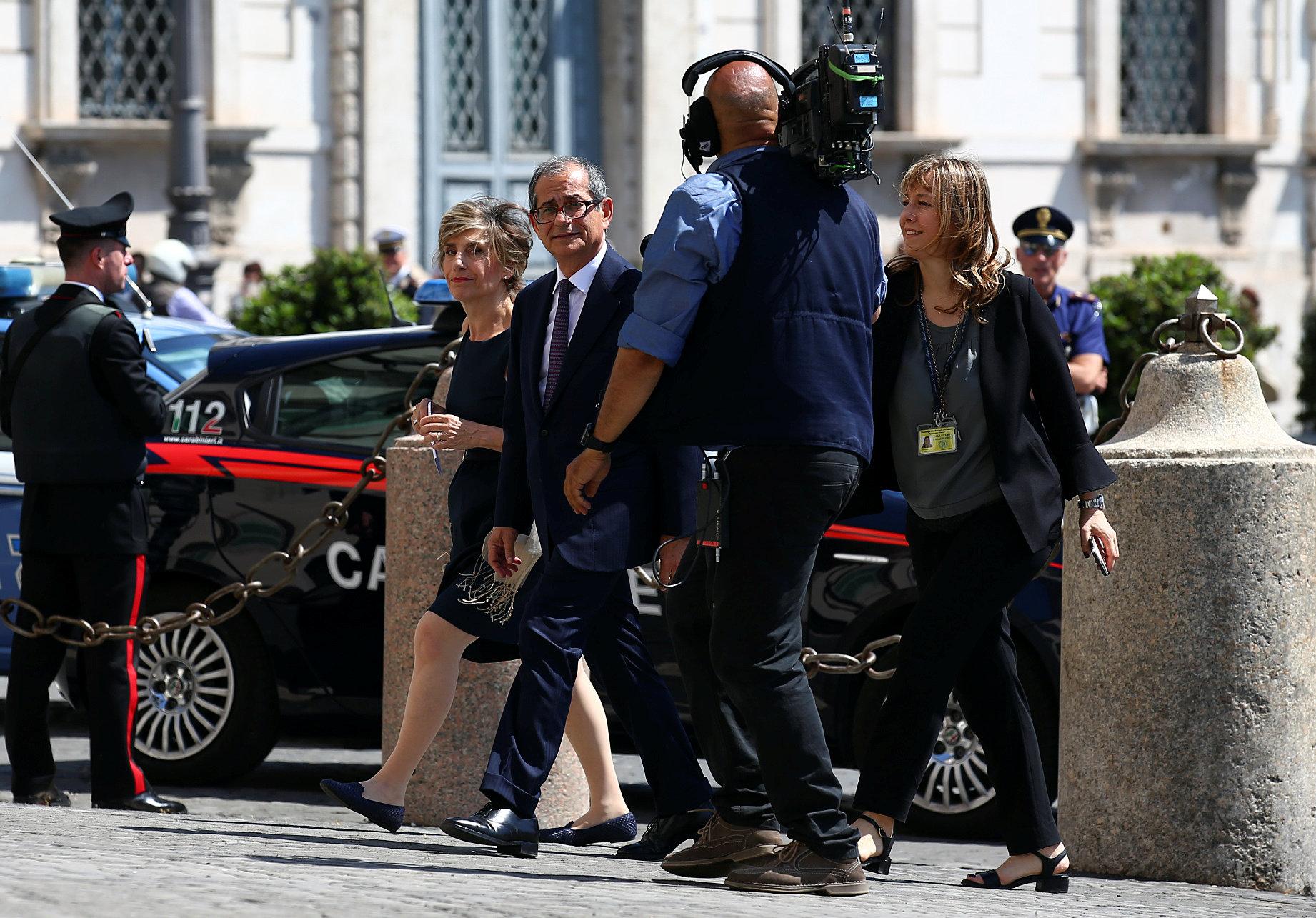 In it, Borghi claimed the European single currency would inevitably come to an end and expressed his hope that this would happen sooner rather than later.

Savona did not respond to requests for comment. Bagnai did not comment, and Borghi said he was an economist coming from the business world rather than from academia.

Economists in favor of leaving believe that a devalued currency would revive Italy’s exports and that by throwing off the shackles of EU fiscal rules the country could ramp up public spending to boost growth and create jobs.

Salvini’s outspoken attacks on the fiscal rules governing the euro zone, which Italy agreed to in the 1992 Maastricht Treaty, appear to be polling well with Italian voters who traditionally have been among the strongest supporters of the single currency.

But few inside the League believe he would ever take the plunge and pull the country out of the currency.

“The League’s leaders are radical but not mad. In the era of social media strong language helps to attract followers on the web, but we are in good hands,” said a long-time member of the party who was not authorized to speak publicly on the matter.

Those who want to stay in the euro say leaving it would trigger a surge in interest rates and inflation, capital flight, a banking crisis and possibly a default on Italy’s public debt.

Many show confidence in the moderating role of Giancarlo Giorgetti, 51, a veteran League lawmaker who went to Milan’s Bocconi University and will play the crucial role of undersecretary to the prime minister in the new government.

“I say that no one must be afraid of a political force such as the League, which rules two of the most important Italian regions,” Giorgetti told Reuters on Friday night, referring to Lombardy and Veneto.

However, the League’s northern heartland is dominated by a large constituency of small to medium-sized businesses who during the recession were hit by both falling demand and a severe euro credit crunch.

According to central bank data, Italy’s output has recouped only half of the nine percentage points lost during the recession.

“I voted for the League because the tax pressure is unbearable. I was in favor of the euro, but now I’m more for leaving than for remaining,” said Massimo Perego, owner of a family company specializing in graphic arts based in Senago, near Milan.

“Big companies have relocated their production to Eastern Europe, but small companies struggle to sell their goods in the local market. We can’t go on like this anymore”.

Reporting by Giselda Vagnoni; Additional reporting by Massimo Gaia in Milan and Stefano Bernabei in Rome; Editing by Hugh Lawson