VIENNA (Reuters) – Iran gave OPEC the green light on Friday to reduce oil output by around 0.8 million barrels per day from 2019 after finding a compromise with rival Saudi Arabia over a possible exemption from the cuts, an OPEC source said.

Tehran has emerged as a key sticking point for a deal but sources said the difficulties were now in the past and OPEC was refocusing on talks with non-member producers led by Russia to reduce supplies and prop up oil prices.

OPEC will propose that non-member producers contribute an additional 0.4 million bpd to the cuts, the source said. “It will be stamped when the non-OPEC meeting is done.”

The Organization of the Petroleum Exporting Countries was meeting in Vienna for a second day running, before discussions with its non-OPEC allies scheduled for 1400 GMT.

An OPEC output reduction also would provide support to Iran by increasing the price of oil.

(Graphic: Who might agree to an OPEC crude supply deal? – tmsnrt.rs/2Ru61od)

Possibly further complicating any OPEC decision is the crisis around the killing of journalist Jamal Khashoggi at the Saudi consulate in Istanbul in October. Trump has backed Saudi Crown Prince Mohammed bin Salman despite calls from many U.S. politicians to impose stiff sanctions on Riyadh.

U.S. special representative for Iran Brian Hook met Falih in Vienna this week, in an unprecedented development ahead of an OPEC meeting. Saudi Arabia first denied the Hook-Falih discussion took place but later confirmed it.

“U.S. political pressure is clearly a dominant factor at this OPEC meeting, limiting the scope of Saudi actions to rebalance the market,” said Gary Ross, chief executive of Black Gold Investors and a veteran OPEC watcher.

OPEC’s battle to coax Russia to cut oil output as the US ramps up: tmsnrt.rs/2RzCE3J

Difference in OPEC oil output between Nov 2018 and Oct 2016: tmsnrt.rs/2RqgBMS

The price of crude LCOc1 has fallen almost a third since October to around $60 a barrel as Saudi Arabia, Russia and the United Arab Emirates raised output to offset lower exports from Iran, OPEC’s third-largest producer. [O/R]

The price decline prompted OPEC and its allies to discuss output cuts, and Saudi Energy Minister Khalid al-Falih said on Thursday possible reductions by those involved ranged from 0.5-1.5 million bpd.

A reduction of 1 million bpd would be acceptable and so far was the main scenario, Falih said, but he added that Russia needed to commit significant volumes.

A Russian Energy Ministry source said Moscow was ready to contribute a cut of around 200,000 bpd – more than the initially suggested figure of 150,000 bpd. 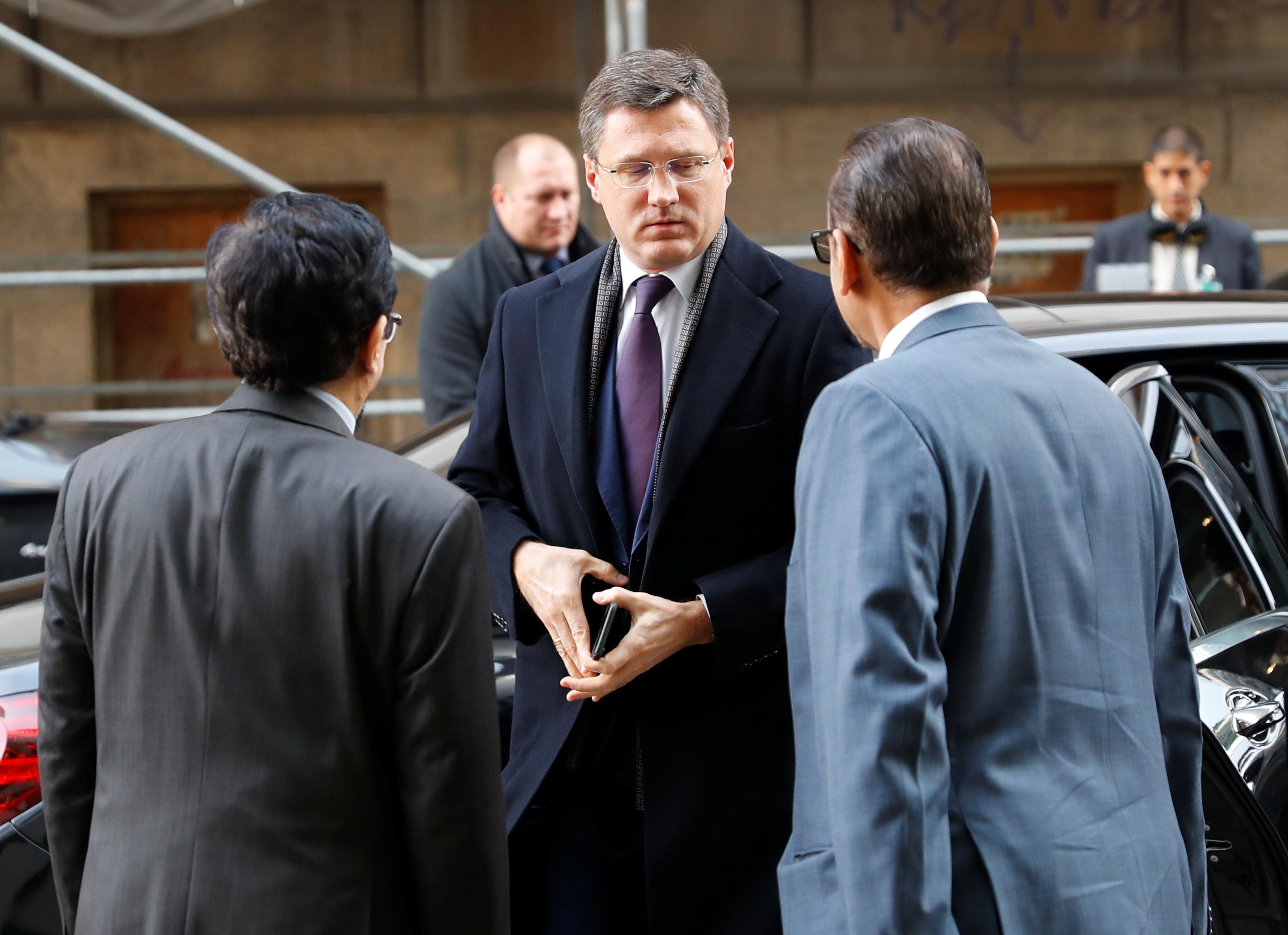 Russia, Saudi Arabia and the United States have been vying for the position of top crude producer in recent years. The United States is not part of any output-limiting initiative due to its anti-trust legislation and fragmented oil industry.

On Thursday, U.S. government figures showed the country had become a net exporter of crude oil and refined products for the first time on record, underscoring how the surge in production has altered the supply equation in world markets.