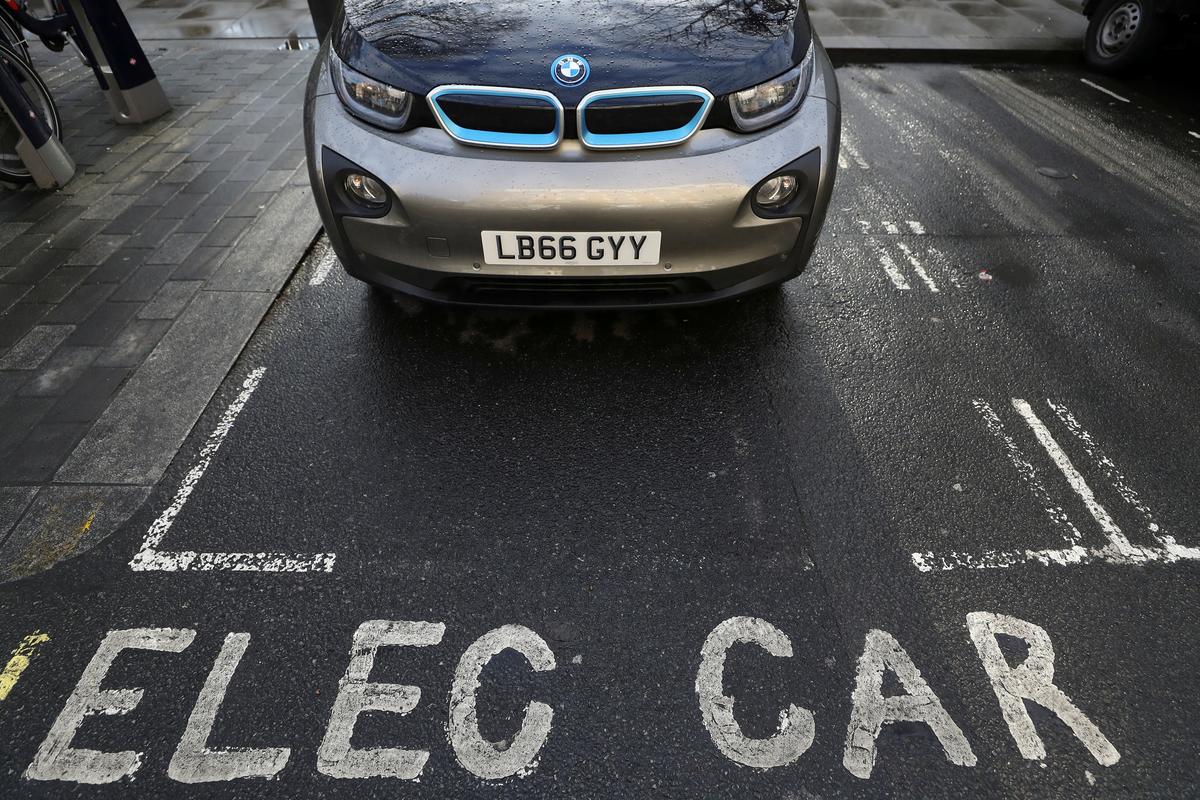 LONDON (Reuters) – As carmakers ramp up spending on self-driving and electric vehicles (EVs), many investors are betting their component suppliers will be the first winners from the technology shifts.

FILE PHOTO: A car is parked at a charging point for electric vehicles in London, Britain, March 6, 2018. REUTERS/Simon Dawson/File Photo

Asked how they are positioning for the changes, investors interviewed by Reuters more often mentioned suppliers like Aptiv (APTV.N), Valeo (VLOF.PA) and Continental (CONG.DE) than the big car brands building them such as Volkswagen (VOWG_p.DE), Daimler (DAIGn.DE) and Peugeot (PEUP.PA).

That partly reflects a long-term shift toward more complex vehicles where components makers are contributing an ever-larger proportion of a car’s total value.

It is also an acknowledgement that the big innovations are happening as much in the auto industry’s scattered supply base as in the design hubs of the big carmakers, also known as original equipment manufacturers (OEMs).

“We … feel the structural growth opportunities and visibility in the suppliers is higher than for the OEMs where more uncertainties exist, debt is higher and margins/returns typically lower,” said Marcus Morris-Eyton, European equities portfolio manager at Allianz GI.

His Allianz Continental European fund’s main exposure to the EV trend is through German semiconductor maker Infineon (IFXGn.DE), which represents 4.1 percent of the fund, along with tyres and parts supplier Continental.

“Those companies providing technology which supports an autonomous, connected, shared and electric transportation system are well positioned to experience heightened levels of profitable growth over the long term,” said Fitzgerald.

While a European index of auto stocks .SXAP is down 1.3 percent this year, that is less than the broader STOXX 600’s 5.1 percent drop and places it among the top-performing European sectors so far in 2018.

For carmakers, the shift to EVs carries huge costs and risks, with many slashing billions from their cost base to help offset the lower profitability of electric cars.

Even premium manufacturers with the highest profit margins are bracing for some pain. Daimler says it will face a significantly lower margin “in the beginning of the cycle”.

(For a graphic on ‘European autos: still at a discount’ click reut.rs/2FlXJIW)

With governments stepping up efforts to reduce pollution, carmakers plan to plough at least $90 billion globally into EVs, according to a Reuters analysis.

Much of this has been driven by strict quotas that China, the world’s largest auto market, has set for new-energy vehicles (NEVs) and which are coming into force in 2019.

“We have strongly increased our exposure to this theme as we now believe that EVs are in a position to become competitive in less than five years,” said Lyxor Asset Management’s head of global equities, Fabrice Theveneau.

He expects parts makers to sell more products to OEMs, which he believes will be “net losers” from the EV shift, losing market share to new competitors such as Tesla (TSLA.O) and facing heavy costs to transform their industrial base.

Some investors are wary of the high valuation of many EV-related tech stocks – Infineon rose 38 percent and STMicroelectronics (STM.MI) 69 percent last year – before mass adoption has even begun.

Lyxor’s Theveneau instead favors tyremakers Continental, Pirelli (PIRC.MI) and Michelin (MICP.PA) as he expects demand for premium tyres to pick up as the average EV will drive further than a conventional car.

He also owns shares in battery material miners Glencore (GLEN.L), Eramet (ERMT.PA) and Covestro (1COV.DE) as well as industrial gas makers Linde (LING.DE) and Air Liquide (AIRP.PA) — both plays that offer him an option on the success of hydrogen cars, a rival technology to EV.

Theveneau still has carmakers Renault (RENA.PA), Nissan (7201.T) and Toyota (7203.T) among his top picks. “It’s a race: some of the market shares will change, you don’t know who is going to win in the end.”

Wesley Lebeau, who manages a disruption-themed fund at Amundi’s CPR Asset Management, is also looking along the EV supply chain. Umicore (UMI.BR) is one of his top 10 holdings thanks to its dominant position in cathode materials used in automotive batteries. Lebeau also has exposure to lithium miners SQM SQM_pb.SN in Chile and Orocobre (ORE.AX) in Australia.

Gavin Launder, senior portfolio manager in the active equities team at Legal & General Investment Management, is staying positive on the German automakers in particular, saying they will aim to claw back market share in premium EVs from electric car trailblazer Tesla.

He says the German car manufacturers tend to be better funded than rivals and have spent more on research and development over the years.

He holds a position in Daimler, which last month unveiled a new Mercedes-Benz A-Class with its own machine-learning and voice recognition technology.