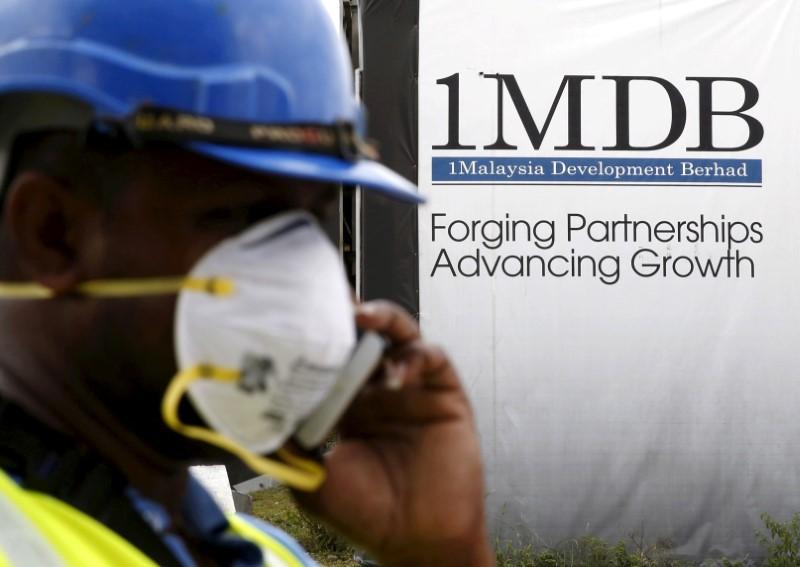 JAKARTA (Reuters) – Indonesia on Wednesday seized a luxury yacht on the island of Bali sought by the U.S. Department of Justice (DOJ) as part of a multi-billion dollar corruption investigation linked to Malaysian state fund 1Malaysia Development Berhad (1MDB).

“We have been inspecting the crew since yesterday and now we are taking action, since we have received approval from the court,” Agung Setya, director of economic and special crimes at Indonesia’s criminal investigation bureau, told Metro TV.

Television broadcast images of Indonesian officials talking to the crew on board the yacht, the Equanimity, which was moored at Benoa Bay.

There were 34 crew on board, said Setya, adding that Indonesian authorities had worked with the U.S. Federal Bureau of Investigation on the money laundering case, although he could not say how the investigation would proceed.

“We will see how this develops… Whether we can do a joint investigation later or whether we can hand it over later, we are in the process of collecting and investigating.”

1MDB is at the center of money-laundering probes in at least six countries, including the United States, Switzerland and Singapore.

A total of $4.5 billion was misappropriated from 1MDB by high-level officials of the fund and their associates, according to civil lawsuits filed by the DOJ in the past two years.

Malaysian Prime Minister Najib Razak set up 1MDB in 2009 and previously served as chairman of its advisory board. He and the fund have denied any wrongdoing.

In August 2017, the DOJ asked for a stay on its civil lawsuits seeking to seize more than $1.7 billion in assets allegedly bought with stolen 1MDB funds because it was conducting a related criminal probe.

Among the assets sought were a $250 million luxury yacht bought by Malaysian financier Jho Low, named as a key figure in the U.S. lawsuits.

The lawsuits said Low used proceeds diverted from 1MDB to procure Equanimity, which it described as a 300-foot (91-m) yacht registered in the Cayman Islands.

The vessel has an interior clad in marble and gold leaf, a spa and sauna, a 20-metre (66-ft) swimming pool on deck, a movie theater, a lift and a helipad, says a website on luxury charters, yachtcharterfleet.com.

Low’s whereabouts are unknown and his Hong Kong company has not responded to requests for comment.

In an emailed statement through his representative in June last year, Low said the DOJ’s actions were an example “of global overreach in pursuit of a deeply flawed case”.

Other assets allegedly bought by Low with stolen 1MDB funds include a private jet, a hotel and real estate in New York, and a $107-million interest in EMI Music Publishing.

Some assets have been returned. Australian model and actress Miranda Kerr handed over millions of dollars worth of jewelry that U.S. authorities say was given to her by Low, including a jewelry set gifted to her during a 2014 excursion on Equanimity.

Actor Leonardo DiCaprio also returned to authorities an Oscar once owned by actor Marlon Brando and other items the United States says were funded with 1MDB money.

Additional reporting by Fergus Jensen in JAKARTA and Rozanna Latiff and A.Ananthalakshmi in KUALA LUMPUR; Writing by Ed Davies; Editing by Nick Macfie and Clarence Fernandez