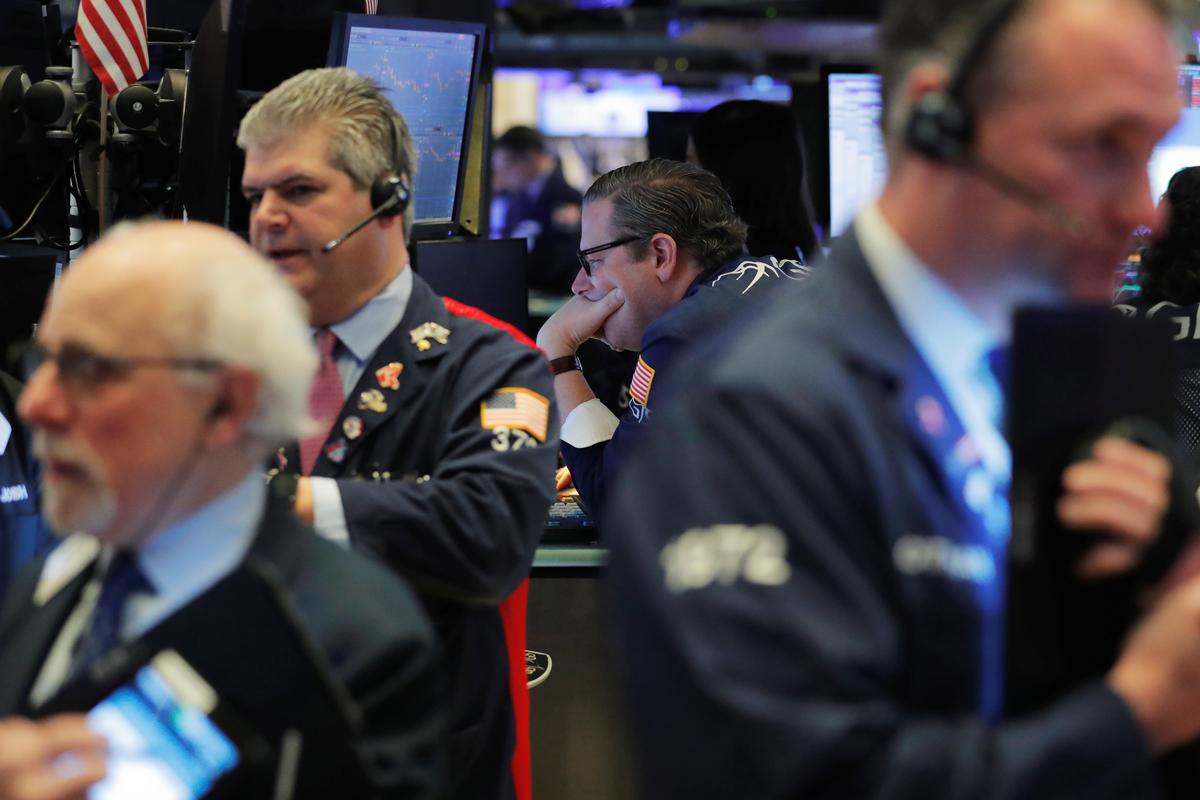 (Reuters) – Wall Street fell from record levels on Friday after a four-day rally as investors digested the monthly U.S. jobs report and braced for the next coronavirus developments, but stocks still posted solid gains for the week.

“It’s just a technical pullback based on the big run-up we had this week,” said Matt Maley, chief market strategist at Miller Tabak.

“Ever since the coronavirus became a big deal, people have pulled back a little bit on Friday because they didn’t know what was going to happen over the weekend,” Maley added.

The report followed other encouraging U.S. economic data earlier in the week. Indeed, key risks to the U.S. economy have receded, the Federal Reserve said in its latest monetary policy report to Congress, but the Fed did note risk from the fallout from the coronavirus outbreak.

The death toll in mainland China topped 630 as the coronavirus epidemic roiled the world’s second-largest economy.

“We still don’t know the magnitude of the economic damage that the coronavirus will eventually do to the global economy and that continues to get contemplated by market participants,” said Art Hogan, chief market strategist at National Securities.

Most S&P 500 sectors fell, with materials .SPLRCM and technology .SPLRCT the weakest performers.

Fourth-quarter corporate reporting season is more than halfway done and overall S&P 500 earnings are expected to have climbed 2.3% in the period, according to IBES data from Refinitiv.

In company news, Uber Technologies Inc (UBER.N) shares climbed 9.5% after the ride-hailing company laid out an ambitious plan to be profitable by the end of 2020.

Declining issues outnumbered advancing ones on the NYSE by a 1.83-to-1 ratio; on Nasdaq, a 2.20-to-1 ratio favored decliners.

About 7.1 billion shares changed hands in U.S. exchanges, below the roughly 7.7 billion daily average over the last 20 sessions.

Additional reporting by Medha Singh in Bengaluru and Sinead Carew in New York; Editing by Maju Samuel, Chizu Nomiyama and Will Dunham