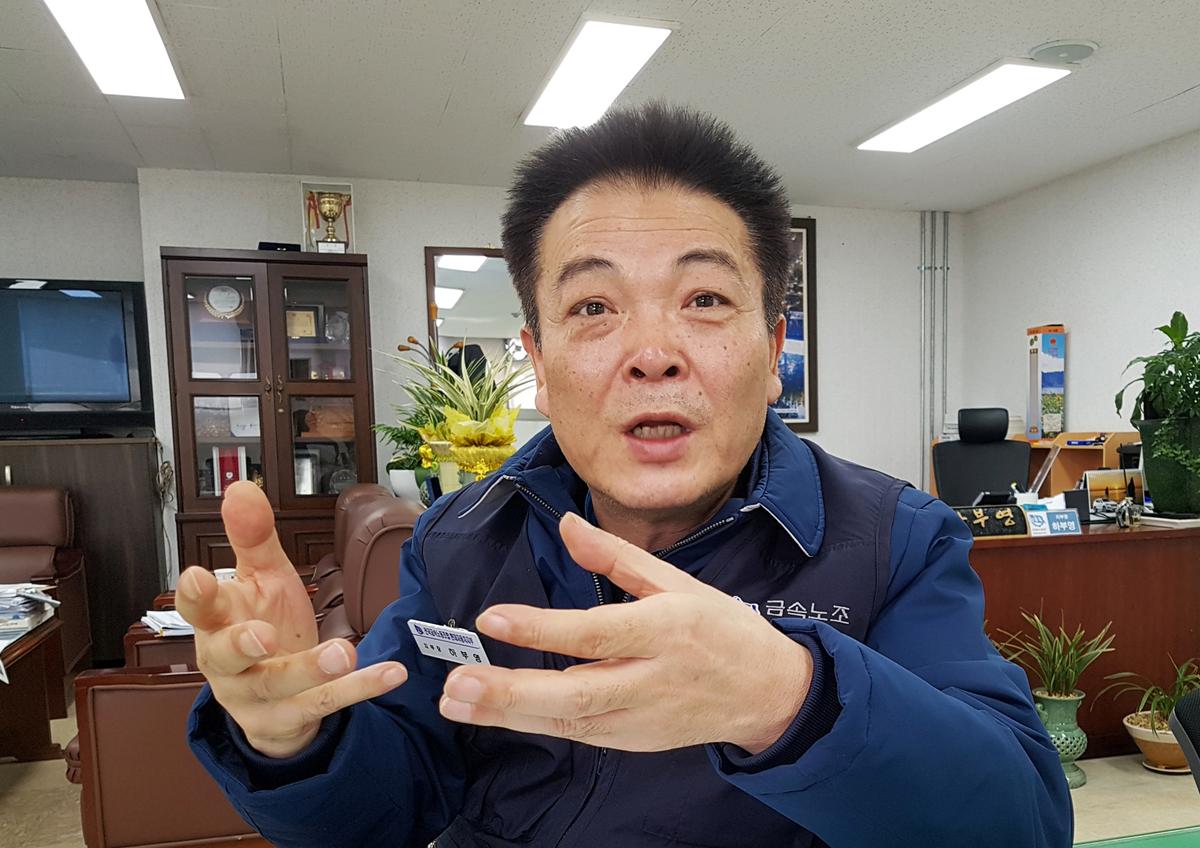 South Korea’s auto industry, known for its robust unions whose workers tend to be paid more and have better benefits than their compatriots in other sectors, has come to a crossroads.

Blaming high labor costs and falling sales, General Motors (GM.N) plans to close one of its plants in the country by May and is weighing options for its three other factories.

He said that at three of Hyundai’s five plants in Ulsan, the world’s biggest car factory complex, some workers had been asked to take longer holidays as sales of sedans and older model SUVs like the Santa Fe slow in the United States and other markets.

Hyundai Motor and its affiliate Kia Motors (000270.KS) were also hit by diplomatic tensions between Seoul and Beijing last year, leading to a slump in sales in the world’s biggest auto market. The two automakers have flagged only modest global sales growth in 2018.

Longer term, Ha worries about the advent of electric cars, which when they go mainstream could wreak havoc on traditional auto jobs as they don’t require engines and transmissions.

Hyundai’s union has predicted a drastic shift into electric cars could lead to a loss of 70 percent of Hyundai jobs in a worst case scenario.

“Electric cars are disasters. They are evil. We are very nervous,” he said.

Ha said the union is studying how cars of the future might be built without slashing headcount and has proposed the automaker revive a committee to review the impact of new vehicles and new technology on jobs.

He also noted that some 30,000 workers out of 50,000 union members will retire in 15 years, which could cushion the impact that cars of the future could have on staffing levels.

At GM’s South Korean unit, the threat of potential plant closures has led its union to offer to freeze wages and skip bonuses while about 15 percent of its employees have applied for a voluntary redundancy package.

While there is a sense of crisis at Hyundai’s union, the situation is not that dire.

Hyundai’s management has proposed the scaling back of some benefits such as free week-long trips to Europe for 500 workers annually as well as support for some employees’ sporting events – a proposal that the union plans to oppose, a union official said.

But the union will for the first time seek pay raises for temporary workers this year that are higher than those of full-time auto workers, responding to criticism that regular auto works are generously paid.

It will ask for a 7.4 percent wage increase for temporary workers versus a 5.3 percent wage raise for regular workers, Ha said, in line with a policy advocated by the umbrella union for South Korea’s metal workers.

Last year Hyundai’s union initially demanded annual wage increases of 7 percent for its full-time workers and won a raise of less than 5 percent after tense negotiations that involved strikes.

The shift towards improving pay for non-full time workers could invite opposition within the union, said Ha, adding that he was trying to right old wrongs.