SEOUL (Reuters) – South Korea’s Hyundai Motor Group flagged another year of tepid car sales growth on the back of a slow 2018, saying trade protectionism adds uncertainty and major markets such as the United States and China remained sluggish.

In his first New Year address to employees, group heir apparent Euisun Chung said Hyundai Motor Co (005380.KS) and Kia Motors Corp (000270.KS) would complete a restructuring of South Korea’s second-biggest conglomerate, which is widely expected to pave the way for him to formally succeed his octogenarian father as head of the group.

The complicated succession plans come as Hyundai contends with a bunch of problems that have cost it market share in China and the United States and stalled its rise up the ranks of global automakers.

It missed a boom in sports utility vehicles (SUVs), faces potential U.S. tariffs and a U.S. investigation over how it handled a vehicle recall, and lost ground in technological advances such as self-driving cars.

“Business uncertainties are heightening as the global economy continues to falter. Walls of protectionism are being constructed around the world,” Chung, 48, told hundreds of employees at the group’s headquarters in Seoul.

“Internally, we face challenging tasks such as stabilizing business in major markets like the U.S. and China, while simultaneously enhancing our responsiveness to drive future growth.”

Hyundai and Kia – together the world’s fifth-biggest automaker – set what they called a “conservative target” of 7.6 million vehicle sales in 2019, a 3 percent increase from the 7.399 million vehicles sold last year.

In that environment, the group said it would launch 13 new or face-lifted models in 2019, including a premium Genesis SUV and the Sonata sedan.

“Hyundai will be launching new models, but competitors will be also doing so, making it difficult for Hyundai to increase shares in the sluggish markets in China, U.S. and Europe,” said Sean Kim, an analyst at Dongbu Securities. 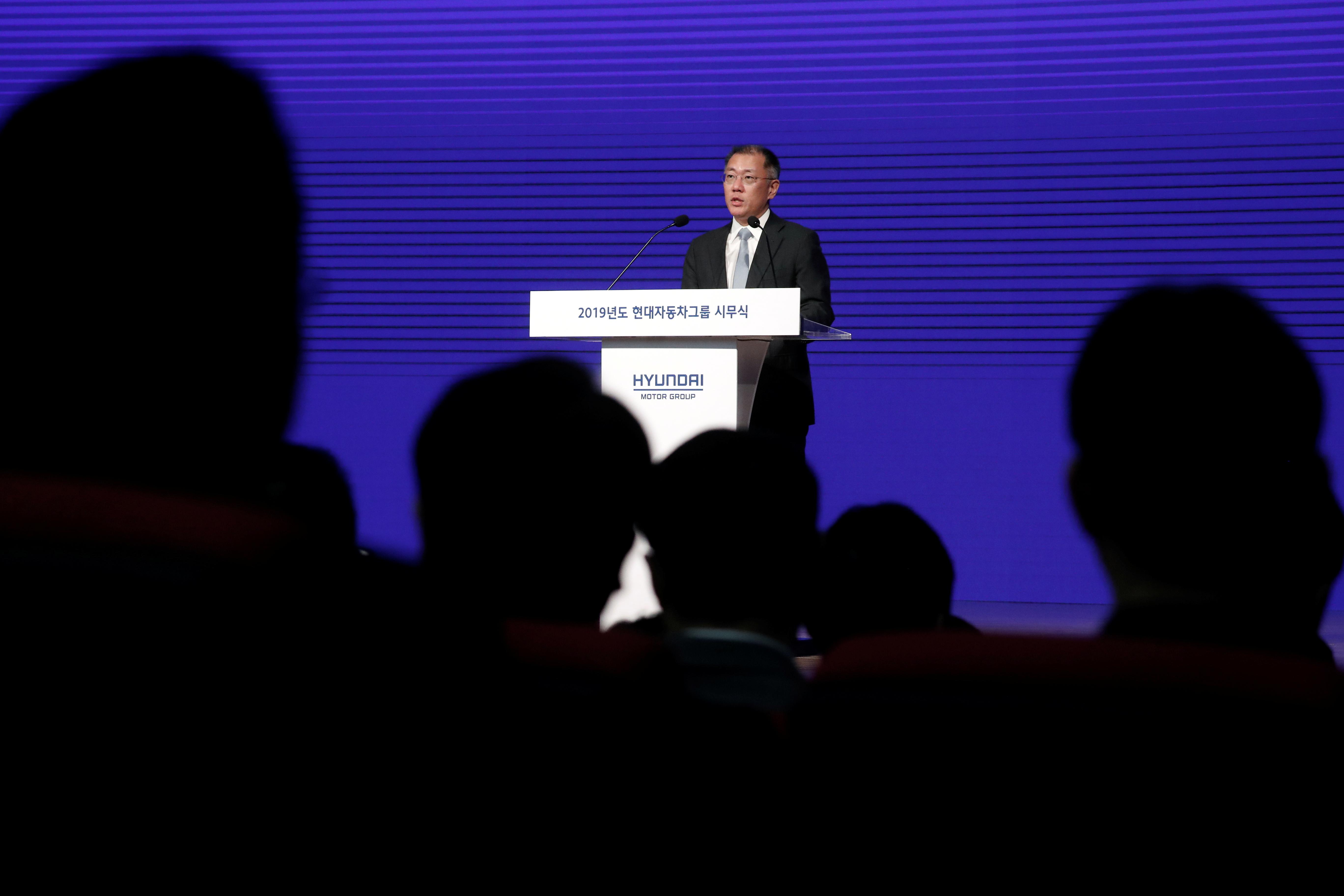 Hyundai shares ended down 3.8 percent and Kia slumped 2.7 percent, while the wider market .KS11 was down 1.5 percent.

Chung said Hyundai would launch a pilot service of its autonomous taxis in South Korea by 2021 and expand partnerships with leading players in that area.