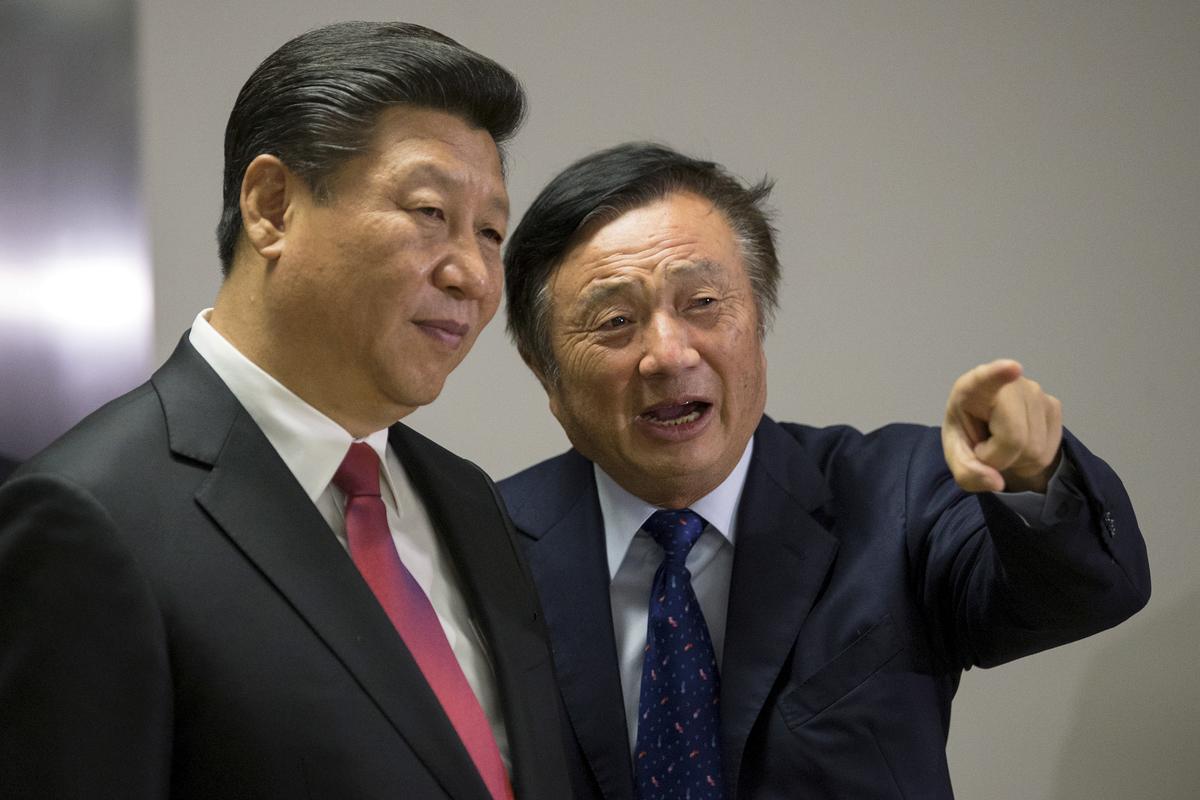 SHANGHAI (Reuters) – Huawei’s [HWT.UL] founder Ren Zhengfei on Tuesday rejected claims his company is used by the Chinese government to spy and said he missed his daughter, who is being held by Canadian authorities, the Financial Times newspaper reported.

Meng Wanzhou, Huawei’s chief financial officer, was detained in Canada last month at the request of U.S. authorities who allege she misled banks about the company’s control of a firm operating in Iran.

Huawei had “never received any request from any government to provide improper information”, the newspaper reported Ren as saying in an interview with reporters in the southern city of Shenzhen.

“I still love my country, I support the Communist party, but I will never do anything to harm any country in the world,” he said, adding he missed his daughter “very much”.

Huawei confirmed the accuracy of Ren’s comments to Reuters. Ren, a former military officer who founded Huawei in 1987 and largely keeps a low profile, said he owned 1.14 percent of the company’s shares.

Beijing and Ottawa have been at odds since Meng’s arrest, which China’s foreign ministry on Tuesday called an abuse of legal procedures. On Monday, China sentenced a Canadian to death for drug smuggling, further damaging relations.

Huawei, the world’s biggest producer of telecommunications equipment, has been facing intense scrutiny in the West over its relationship with China’s government and U.S.-led allegations that its devices could be used by Beijing for spying.

No evidence has been produced publicly and the firm has repeatedly denied the accusations, but some Western countries have restricted Huawei’s access to their markets. Poland said this week it could consider banning the use of Huawei products by public bodies, after it arrested a Chinese Huawei official.

Ren dismissed fears over the security of Huawei’s equipment, saying “no law in China requires any company to install mandatory backdoors (that could be used for spying)” and added the company had had “no serious security incidents”.

He also played down the risk Huawei faced from being blocked from the rollout of 5G telecoms networks by some countries.

“It’s always been the case, you can’t work with everyone  … we’ll shift our focus to better serve countries that welcome Huawei’” he said, adding the company had 30 contracts globally to build 5G networks.

U.S. President Donald Trump in August signed a bill that barred the U.S. government from using Huawei equipment and is considering an executive order that would also ban U.S. companies from doing so.

However, Trump told Reuters last month he would intervene with the Justice Department in the case against Meng if it would help secure a trade deal with Beijing.

Ren described Trump as “great” and praised his tax cuts as good for American industry.

“The message to the U.S. I want to communicate is: collaboration and shared success. In our world of high tech, it’s increasingly impossible for any single company or country to sustain or to support the world’s needs,”