WOODLAND, Calif. (Reuters) – Dan Vincent is in a bind.

The president of Pacific Coast Producers (PCP) plans to use around 700 million tin-coated steel cans this year for tomatoes, peaches and pears from 168 growers here in California.

His cooperative then sells the canned fruits and vegetables to grocers ranging from Walmart Inc to Kroger Co, as well as food services companies such as Sysco Corp and a host of restaurant chains.

Since President Donald Trump announced sweeping tariffs on steel and aluminum to help the domestic steel industry on March 20, PCP’s steel costs have jumped 9 percent as the market prices in the tariffs before they even take effect.

Vincent now expects his steel bill for the year to rise $18 million to $20 million, forcing him to choose between taking a potential 75 percent cut to his company’s profits, or pushing the added costs to his retail customers and eventually to consumers – many of whom are lower-income Americans “who can least afford it,” Vincent told Reuters.

“Look, we all want to protect U.S. steelworkers,” Vincent said while touring a tomato farm in Woodland, California. “But we don’t want to be an unintended consequence of this.”

Meant to protect U.S. jobs and even out trade imbalances, the Trump administration’s tariffs on steel and aluminum are having a ripple effect throughout the U.S. economy, from cars to aircraft to oilfield pipes. Cans have a special significance in the debate over the pros and cons of the policy.

U.S. Commerce Secretary Wilbur Ross, during a March 2 appearance on CNBC, held up a Campbell Soup Co can and said it only contained 2.6 cents worth of steel in it, equating to less than a one cent added cost per can.

“Who in the world is going to be too bothered by six tenths of a cent?” Ross said.

A Commerce Department spokesman said the figures Ross used were based on the cost of tin plate steel and calculated for a 10.75 ounce (0.3kg) can, adding steel is “only one component of the cost.”

Canning industry executives, however, say the cost of America’s most common 15 ounce (0.43kg) can is actually around 17 cents, and will rise 4 cents thanks to tariffs.

Even a 10-ounce can costs food processors up to 14 cents, and should cost 3 cents more with tariffs.

Those pennies add up. If the cost of all 24 billion cans Americans use annually went up 3 cents, it would generate an additional $720 million in costs someone in the supply chain must eat, industry executives said.

“Our members have razor-thin margins,” said Nickolas George, president of the Midwest Food Products Association, which represents Seneca Food Corp and Del Monte Pacific Ltd, which both can fruit and vegetables, among others. “Lower profits for them mean less innovation, less investment, less expansion into new markets and less hiring.”

HIT TO THE POCKETBOOK

For consumers, a spike in prices in the grocery aisle puts poorer Americans at risk, U.S. government statistics show, because they spend more of their budget on food than those in higher income brackets.

The canning industry has made economic fairness part of its public argument for canceling the tariffs. According to 2012 research commissioned by the Can Manufacturers Institute, Americans on food stamps and other food assistance programs consumed 7.1 cans of fruit and vegetables every week, compared with the national weekly average of 5.5 cans.

Retailers and companies like PCP work to keep the cost of canned fruit and vegetables under 99 cents, which is what Vincent calls the “magic number,” a psychological threshold over which poorer U.S. consumers in particular have historically walked away.

“I’m afraid the tariffs are going to push us over that 99 cent threshold,” Vincent said.

A key question is whether Walmart will let producers pass on higher costs, as the retail giant is renowned for pushing back against price hikes, said Edward Jones analyst Brittany Weissman.

Walmart referred Reuters to the Retail Industry Leaders Association trade group. Hun Quach, the group’s vice president for international trade, said with tariffs “the bottom line is there is no other place for through costs to go than to consumers.”

Rivals for PCP in China and Europe, meanwhile, are seen getting a boost from steel tariffs. Canned fruit and vegetables imported into the United States will not be subject to tariffs because they are classified as finished goods, so foreign competitors are under no pressure to raise prices.

The farmers in PCP’s cooperative grow fruits and vegetables in the rich, sandy-loam soil of California’s Central Valley, east of San Francisco.

One of those farmers is Frank Muller, chairman of the cooperative’s board and a second-generation tomato farmer.

On the thousands of acres he farms, workers carefully drop young tomato plants into perfectly-formed holes, irrigated by underground strips to save water. New seeds and more precise planting techniques have helped Muller more than double the yield of his fields during the past three decades to 55 tons of tomatoes per acre.

Muller had planned a new steel equipment storage building on his farm, but that investment is on hold, he said, due to uncertainty about the cost.

“The tariffs hit me at both ends,” Muller said. “It means higher input costs and it will hurt our end markets.”

Richard Elliot is another of PCP’s farmers worried by tariffs. A fifth-generation pear grower, he said a broader trade war would hurt his exports to Canada and South America. But Elliot is more concerned steel tariffs will harm PCP, which he relies on to buy and can a significant portion of his crop.

“We can’t be in business unless PCP is doing well,” he said.

PCP has expanded over the years, investing in a fruit import business to can exotic fruit and a cherry-growing operation in Oregon. When a rival closed its Modesto, California, peach-canning plant earlier this year citing rising costs and “import competition from China and Europe,” PCP took over that business.

The 700 million cans PCP needs for this year’s growing season will add close to $20 million in unplanned additional cost. The company had expected profit for this year of $24 million, but those extra steel costs could cut PCP’s profits by up to $18 million, Vincent said. 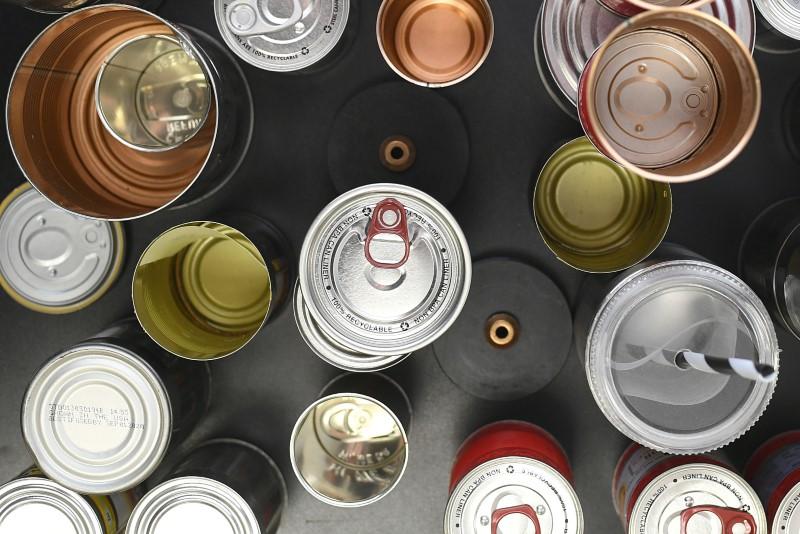 To cut costs, PCP will process the extra fruit without adding to its labor force.

“There’s a lot of money we could have made that will go into steel,” PCP’s Vincent said.