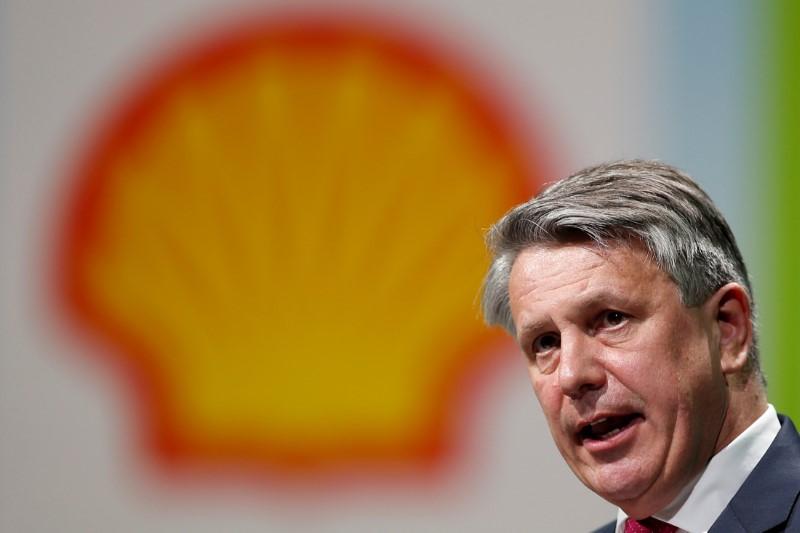 LONDON/HOUSTON (Reuters) – The gasps in the audience were clearly audible at the auction of Mexico’s oil blocks a month ago as Royal Dutch Shell’s hefty bids were announced one by one.

The size of Shell’s cash payments – $343 million out of the total of $525 million that Mexico earned in the sale – far outstripped its competitors’ offers, guaranteeing that the company swept up nine of the 19 offshore blocks.

The Anglo-Dutch major knew something no one else did.

Six months earlier, its drilling rig had struck a giant oil reservoir, the Whale well, in the U.S. side of the Gulf of Mexico – just across the border from many of the Mexican blocks, which share a similar Paleogene-age geology.

Calculating that this significantly increased the chances of the Mexican blocks also containing treasure, Shell delayed the announcement of the discovery until the day of the auction, after bids had been submitted.

“Post the Whale discovery we had some geological insights. It is not by accident we didn’t announce it until the day of the bid,” Andy Brown, Shell’s head of oil and gas production, told Reuters.“The nine blocks give us significant potential.”

The geological intelligence gleaned from the Whale discovery explains why Shell (RDSa.L) bid so aggressively for the Mexican blocks, something that had confounded industry experts.

It could also offer insight into the rationale underpinning its bet that Latin America – particularly Mexico and Brazil – will be a major source of new reserves as its current resources dwindle.

Shell, or any other explorer, is not legally obliged to publicly disclose a discovery. The fact that its first major exploration success in over 10 years came adjacent to blocks coming up for auction was a matter of good fortune, while the timing of the announcement was canny.

Shell has not yet released any estimates for the Whale’s recoverable resources, but two industry sources close to the exploration project put the figure at up to 700 million barrels of oil. That equates to about half of Shell’s 2017 oil production and would make the reservoir one of the biggest discoveries of the past decade in the industry.

Shell declined to comment on the potential size of the reserves.

Fossil fuels like oil are formed over millions of years in specific rock formations, which geologists and explorers try to identify via seismic studies and drilling to predict where resources might be found.

But, even though a similar geology might increase the chances of similar exploration success, there are no guarantees, and luck is always a big factor. So there is no certainty that the Mexican blocks will yield commercial volumes of oil.

(For a graphic on Shell’s oil and gas reserves click reut.rs/2CrPZaI)

Shell acquired large amounts of specialized seismic data before the auction, about Whale and the Mexican blocks, to try to gain a better sense of the geological formations and potential oil reserves under the seabed, according to a source at an oil services company that provides such information.

“Even for us it was surprising the way Shell bid during Mexico’s deepwater auction. They really wanted the blocks close to the border, which indicates there must be a link between the formation in the U.S. and in Mexico,” the source added.

Shell needs to replenish its oil and gas reserves to maintain its production into the 2030s. Aside from the $54 billion acquisition of BG Group in 2016, which boosted its reserves, the company has had limited success in recent years.

Last year, it was able to replace only 27 percent of its production, while on a three-year average, the figure was 78 percent, the company disclosed in its full-year results. The decline in reserves means that at the end of 2017 Shell had enough reserves to sustain its production for 8.9 years, compared with around 10.5 years in 2015.

CEO Ben Van Beurden, while insisting he was not“obsessed” with the scale of his company’s reserves, said Shell was starting to work on restocking its resources.

“We have a deepwater program that looks pretty good all the way into the next decade, but if you look at the second half of the next decade … you will need new elements in the development funnel to sustain the cash-flow generation,” he told reporters after the annual results announcement last month.

Shell has now given itself seven years to replenish its exploration program in order to sustain its deepwater production growth well into the 2030s, he added.

The company, like many of its peers, was forced to dramatically slash spending in recent years because of weak oil prices, with its exploration budgets hit particularly hard. Now that prices have recovered to a near three-year high of around $65 a barrel, firms feel more confident to once again invest in expensive offshore developments.

Shell owns a 60 percent stake in the Whale discovery with the remaining 40 percent held by Chevron (CVX.N), which is mainly shale-focused.

The reservoir is located in the Perdido area, which has become a heartland of Shell’s deepwater activities in the U.S. Gulf of Mexico.

Companies such as Shell that are eyeing Mexico’s offshore are hoping to use the vast infrastructure of pipelines and rigs on the U.S. side to reduce development costs, said Andrew Latham of Edinburgh-based consultancy Wood Mackenzie.