LONDON (Reuters) – Japanese carmaker Honda is set to announce the closure of its only British car plant in 2022 with the loss of 3,500 jobs, a lawmaker told Reuters, in the latest blow to the UK car industry as Brexit approaches.

Honda built just over 160,000 vehicles at its Swindon factory in southern England last year, where it makes the Civic and CV-R models, accounting for a little more than 10 percent of Britain’s total output of 1.52 million cars.

But it has struggled in Europe in recent years, and the industry faces a number of challenges including declining diesel demand and tougher regulations alongside the uncertainty over Britain’s departure from the European Union, due next month.

Justin Tomlinson, a Conservative lawmaker for Swindon who voted for Brexit in 2016, said he had met with the business minister and representatives from Honda who had confirmed the plans.

“They were due to make a statement tomorrow morning, it’s obviously broken early,” Tomlinson, lawmaker for North Swindon, told Reuters.

“This is not Brexit-related. It is a reflection of the global market. They are seeking to consolidate production in Japan.”

Honda said it would not be providing any comment on the “speculation”.

“We take our responsibilities to our associates very seriously and will always communicate any significant news with them first,” the firm said.

Japan has repeatedly warned it could pull investments in Britain, which it had seen as a gateway into Europe, if London does not secure a Brexit deal favorable for trade.

The recently agreed EU-Japan trade agreement means tariffs on cars from Japan to the continent will be eliminated, while Britain is struggling to make progress on talks over post-Brexit trade relations with Tokyo.

“The car industry in the UK over the last two decades has been the jewel in the crown for the manufacturing sector – and now it has been brought low by the chaotic Brexit uncertainty,” said Des Quinn, national officer for the automotive sector at Britain’s biggest trade union Unite.

Honda said last month it would shut its British operations for six days in April to help counter any border disruption from Brexit. It was also preparing to front-load some production at its plant to ship overseas or build up inventories. 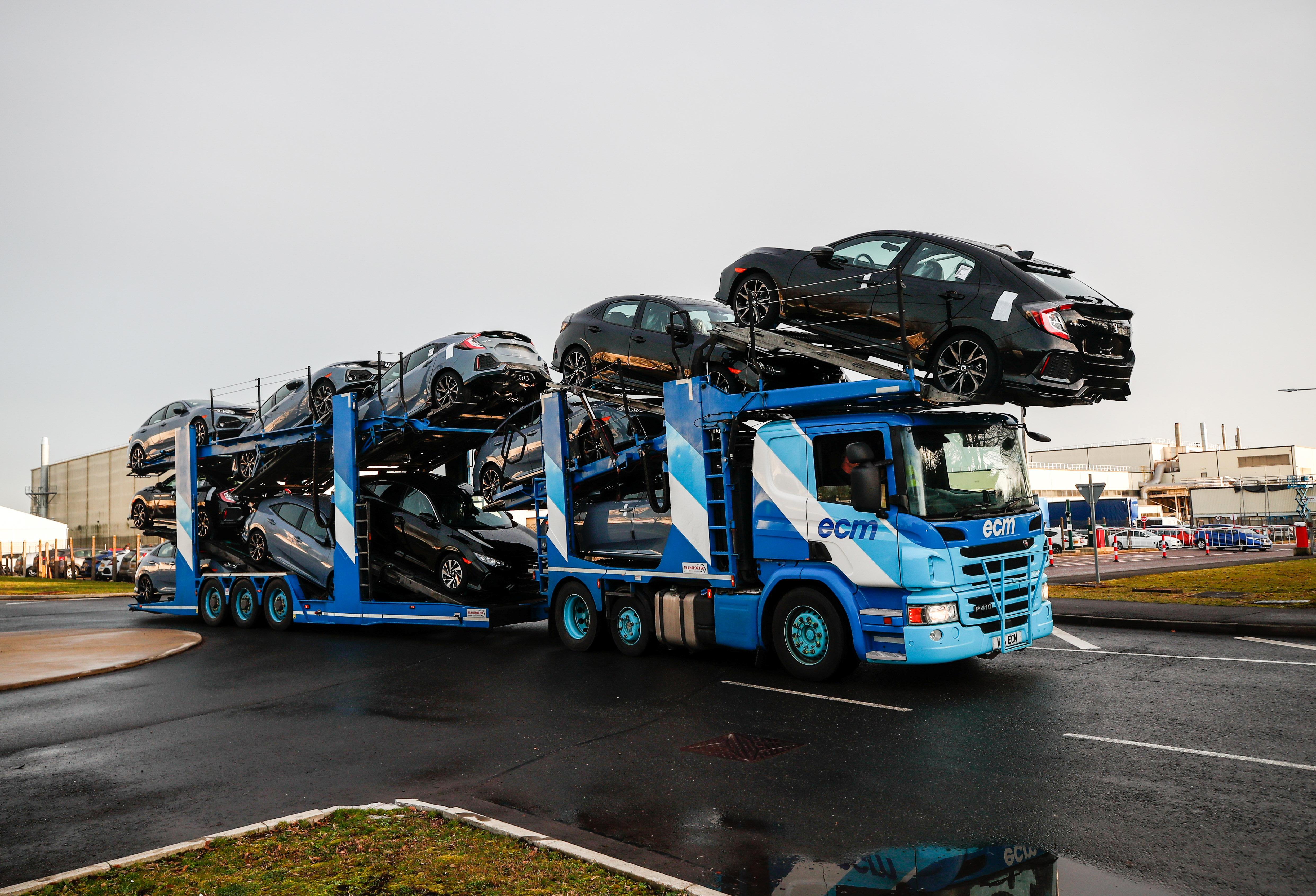 Nissan, Honda and a third Japanese carmaker, Toyota, together account for roughly half of the cars built in Britain.

Honda, which has been building more cars for sale outside of Europe in recent years, said earlier this month its production volumes at Swindon would be reduced to 570 cars per day and that it would make job cuts.

“This reduction in volume will not have any impact on our permanent resource levels, and is in line with our current production plans,” the company said.