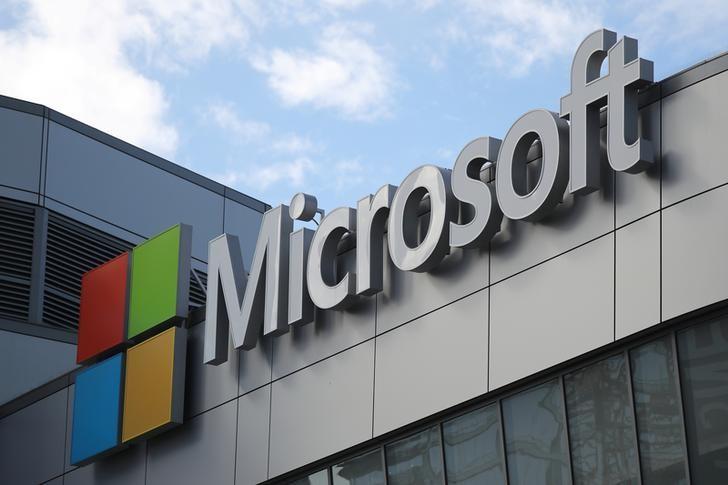 SAN FRANCISCO (Reuters) – The Nasdaq blasted through a record high on Friday as traders looking to ride recent momentum piled into Microsoft, Netflix, Amazon.com and other high-performance technology names.

The rise came alongside a broad rally in the market. The S&P 500 Index and Dow Jones Industrial Average also rose sharply – up 1.5 percent – as February’s jobs report assuaged fears of inflation and aggressive interest rate hikes. The gains came nine years to the day since the bull market began.

Microsoft, Apple and Amazon each rose more than 1 percent and hit or closely approached all-time highs, while the Philadelphia Semiconductor Index surged 1.8 percent to its own record.

Those stock moves helped push the Nasdaq Composite Index up 1.4 percent to 7,532 points, which is about a third of a percent higher than its previous all-time high on Jan 26.

The Nasdaq and the S&P 500, also up about 1.4 percent, were both helped by employment data that tempered fears of faster interest rate increases.

There was no major news specifically related to the tech sector driving its gains.

The Amazon logo is seen at the Young Entrepreneurs fair in Paris, France, February 7, 2018. REUTERS/Charles Platiau

Netflix jumped 3.6 percent, also hitting a record high and bringing the video streaming service’s gain in the past year to 65 percent.

“You look at tech and think, ‘What is the catalyst that’s going to bring it down?’ I don’t see one in the short term, and that makes me confident as a trader to go into those stocks that have been the leaders,” said Dennis Dick, a proprietary trader at Bright Trading LLC.

Technology stocks have been widely viewed in recent months as a “crowded trade,” a situation where most investors have the same opinion, increasing the potential for a volatile selloff if sentiment changes.

For example, Bank of Montreal in January launched an exchange traded fund aiming to triple the return of 10 stocks, including the so-called FANG stocks – Facebook, Amazon, Netflix Inc and Google parent Alphabet.

Large cap active fund managers recently trimmed their relative weight in technology stocks to 1.18 times the broader market, down from 1.23 last month, giving up to discretionary stocks its position as the most crowded sector, according to a recent report from Bank of America.

The Nasdaq is up 9 percent year to date, compared to a 3 percent increase in S&P 500, which has yet to recover from a February selloff sparked by fears of higher interest rates.