Stadler’s arrest on Monday threw Volkswagen (VW) into turmoil as it struggles to recover from cheating revelations, which emerged after regulators blew the whistle in September 2015 on the carmaker’s use of illegal software.

The directors of Audi and Volkswagen discussed how to run its more profitable division without Stadler, but failed to come to a conclusion, the carmaker said late on Monday.

“The supervisory boards of VW and Audi have not yet reached a decision and continue to assess the situation,” a spokesman for VW said.

The arrest has kicked off a new debate over VW’s governance which could raise tensions on its supervisory board, putting at risk a fragile truce between management, VW’s controlling Piech and Porsche families, as well as representatives from labor and the region of Lower Saxony.

VW has for years said only lower-level managers knew of the emissions cheating, but U.S. authorities filed criminal charges against former VW boss Martin Winterkorn earlier this year, and Munich prosecutors widened their probe into Audi this month.

Munich prosecutors said Stadler was being investigated for suspected fraud and false advertising and for his alleged role in helping to bring cars equipped with illegal software on to the European market.

Following his arrest, Munich prosecutors said Stadler, the most senior active VW official to be remanded in custody since the scandal broke, was being held on fears he might hinder their investigation.

“We need to find a solution for Audi’s leadership for the time when he is not here,” the source familiar with the talks said about Stadler’s position. “We will comment on this later.”

Stadler was given additional responsibilities for group sales in a revamp announced by VW’s new Chief Executive Herbert Diess in April.

On Monday, VW and Audi directors were discussing the leadership crisis in separate meetings, with one source saying Dutchman Bram Schot was the front runner to become interim Audi chief.

Germany’s Sueddeutsche Zeitung newspaper said VW’s supervisory board had already picked Schot for the job and only needed the formal approval of Audi’s directors. VW denied any such appointment had been made.

VW has set aside around $30 billion to cover fines, vehicle refits and lawsuits since its “dieselgate” scandal broke, and has announced plans to spend billions more on a shift to electric vehicles as it seeks to rebuild its reputation.

Whereas group CEO Martin Winterkorn resigned in the days after the cheating was disclosed, Stadler resisted requests to fall on his sword, and instead received backing from the Porsche and Piech families to remain in his post.

“His arrest is another low point in VW’s diesel saga,” said Evercore ISI analysts, who have criticized the group for a slow pace of reform. “Almost three years after the diesel scandal broke, it takes police to take action against the Audi CEO.” 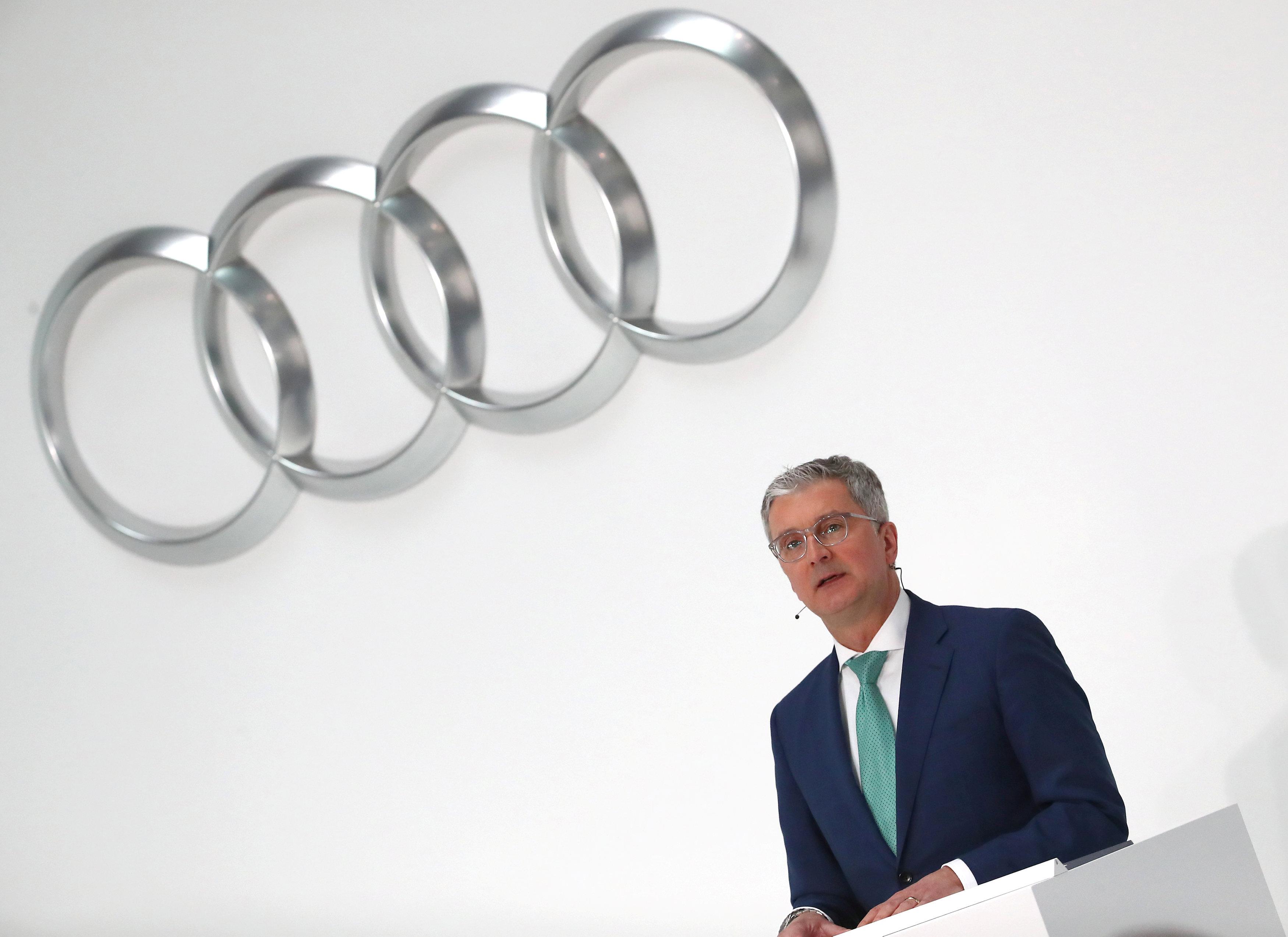 The United States filed criminal charges against Winterkorn in May, but he is unlikely to face U.S. authorities because Germany does not extradite its nationals to countries outside the European Union.

The Munich prosecutors said the move against Stadler was not made at the behest of U.S. authorities. The 55-year-old was arrested at his home in Ingolstadt in the early hours on Monday, they said.

“The arrest warrant was made because of a risk that evidence might be suppressed,” Stephan Necknig, a spokesman for the Munich prosecutor’s office, told Reuters Television.

“During a search last week there were signs that the accused may tamper with evidence. To influence other suspects or witnesses, or people who could provide information to the investigating authorities,” he added.

Audi and VW said Stadler was presumed innocent unless proved otherwise. Stadler himself was not immediately available for comment.

VW shares closed down 3 percent at 156.06 euros, one of the biggest falls by a European blue-chip stock .FTEU3.

Asked whether U.S. authorities were also seeking to arrest Stadler, a spokesman for the Department of Justice said: “As a general matter, the department will neither confirm nor deny the existence of any ongoing investigation.”

Stadler has been under fire since Audi admitted in November 2015 – two months after parent VW – that it also installed illegal “defeat device” software to cheat U.S. emissions tests.

Munich prosecutors are investigating whether Stadler acted swiftly enough to stop deliveries of manipulated Audi models in Europe once emissions problems had emerged, a person familiar with the matter has told Reuters.

Stadler has held onto his post mainly thanks to the backing of members of VW’s controlling Porsche-Piech families. Before becoming Audi CEO in 2007, Stadler worked as chief of staff to VW’s former chairman and industry scion Ferdinand Piech.

Earlier this month, Munich prosecutors widened their probe at Audi to include Stadler and another member of Audi’s top management, investigating them for suspected fraud and false advertising.

Most of VW’s emissions problems have been in the United States, where a total of nine people have been charged and two former VW executives have pleaded guilty and been sentenced to prison terms.