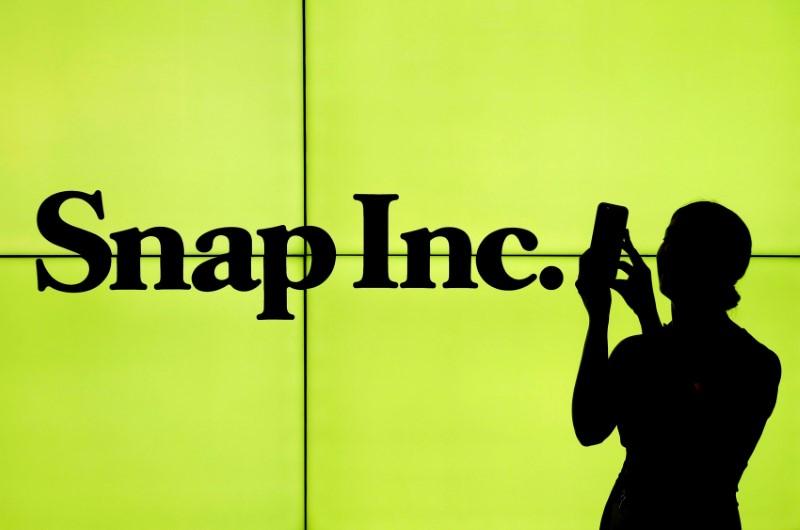 SAN FRANCISCO (Reuters) – Snap Inc celebrated its first anniversary as a publicly traded company on Friday, but for investors it was not quite the lovefest envisioned when they bought shares in the hottest tech IPO in years.

FILE PHOTO – A woman stands in front of the logo of Snap Inc. on the floor of the New York Stock Exchange (NYSE) while waiting for Snap Inc. to post their IPO, in New York City, New York, U.S. on March 2, 2017. REUTERS/Lucas Jackson/File Photo

Shares bought in the IPO have risen by a whopping dollar.

A year ago, investors rushed to buy Snap at the $17-a-share IPO price and then drove the price up by an eye-watering 44 percent in the stock’s first day of trading.

But Snap’s pace of user expansion over the past year has failed to live up to many investors’ expectations. Its stock wobbled recently after an app redesign failed to impress many users, including Kylie Jenner, half-sister of Kim Kardashian, who stars in“Keeping up with the Kardashians.”

“This is a venture-stage company that happens to be publicly listed,” said Pivotal Research analyst Brian Wieser, who recommends selling Snap’s stock.“We still don’t know if it will ever be profitable on an ongoing basis.”

On Friday, Snap rose 4.6 percent, or 80 cents, to $18.01 after news site Chedar reported here#CheddarLIVE the company is working on new camera-enabled glasses, up nearly 6 percent from the March 1, 2017, IPO. The S&P 500 has gained 12 percent during the same period.

(For a graphic on Snap since its IPO click reut.rs/2CUd5CD)

In its first two days of trading last year, Snap surged as high as $29, but by July it had slumped below the $17 IPO price, with investors worried about competition from Facebook’s Instagram app.

On Feb. 7. Snap’s shares opened above the $17 for the first time in nearly seven months.

Analysts have become less optimistic about Snap since the IPO. Currently, seven analysts recommend buying Snap, while 11 recommend selling, and 18 have neutral ratings, according to Thomson Reuters data.