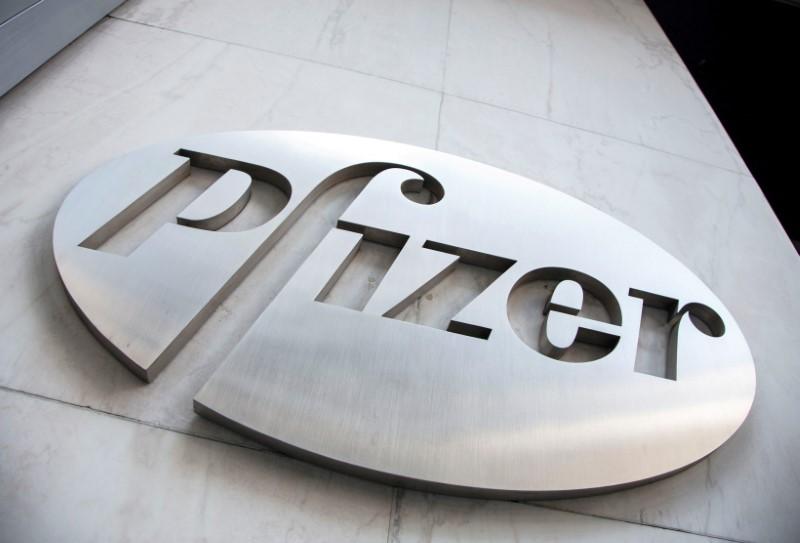 LONDON (Reuters) – GlaxoSmithKline (GSK.L) has quit the race to buy Pfizer’s (PFE.N) consumer healthcare business, endangering an auction the U.S. drugmaker hoped would bring in as much as $20 billion.

It was not immediately clear whether there were other offers for the business, which includes Advil painkillers and Centrum vitamins, following this week’s deadline for binding bids.

GlaxoSmithKline (GSK), which announced its withdrawal on Friday, was seen as the frontrunner to buy the assets after Reckitt Benckiser (RB.L) left the race late on Wednesday. Johnson & Johnson (JNJ.N) stepped away from the auction in January.

A source familiar with the matter said GSK declined to make a final bid for the assets in the end.

“While we will continue to review opportunities that may accelerate our strategy, they must meet our criteria for returns and not compromise our priorities for capital allocation,” GSK Chief Executive Emma Walmsley said in a statement.

Pfizer said on Friday it continued to evaluate potential alternatives for the business, which include a spin-off, sale or other transaction, as well as retaining it.

“We have not yet made a decision, but continue to expect to make one in 2018,” a spokesman said.

Sources familiar with the matter said on Thursday it was possible there were other bids. On Friday, a source said that if not, Pfizer could try to tap private equity funds.

Pfizer is the world’s fifth-largest player in consumer health with 2.5 percent of a market bolstered by aging populations and growing interest in health and wellness.

The business, which also includes Chapstick lip balm and Caltrate supplements, is seen as attractive but has come to market at a bad time. GSK and Reckitt are under shareholder pressure to exercise financial discipline, while other potential suitors, such as Bayer (BAYGn.DE) and Sanofi (SASY.PA) are busy with other projects.

What is more, the global consumer health market has slowed, from 4-6 percent like-for-like sales growth to 0-3 percent growth, Morgan Stanley analysts said in December. Major players in the over-the-counter market have been grappling with pricing pressure stoked by online players such as Amazon (AMZN.O) and private label competitors.

Pfizer’s hope of fetching around $20 billion translated to a multiple of about 20 times the unit’s core earnings, according to Bernstein analysts, in line with past deals in the sector during faster growing times.

Buying the Pfizer business would have been the boldest move to date for Walmsley, who took over at GSK last April. But the wisdom of a deal split opinion among investors, with some worried about the risk to the company’s dividend.

Acquiring additional consumer health assets at a reasonable price could have been a fairly safe way to boost earnings, since scale is key in over-the-counter remedies, but it could have distracted from fixing GSK’s core pharma division.

That is a particular headache for Walmsley – a consumer products veteran who worked for 17 years at L’Oreal (OREP.PA) – since she has her work cut out to persuade the market she is the right person to lead Britain’s top pharmaceuticals company.

Last month, in a bid to reassure investors, she spelt out that her first priority was improving performance in prescription drugs, followed by dividend payments and only after that acquisitions.

The overhaul of the drugs business, which has produced fewer blockbuster medicines than rivals in recent years, is underway in both the commercial and research fields.

GSK runs its consumer healthcare business via a joint venture with Novartis (NOVN.S), which complicates any acquisitions. Novartis has the right to sell down its 36.5 percent stake, valued at around $10 billion, from this month, although it has previously indicated it is in no rush to do so.