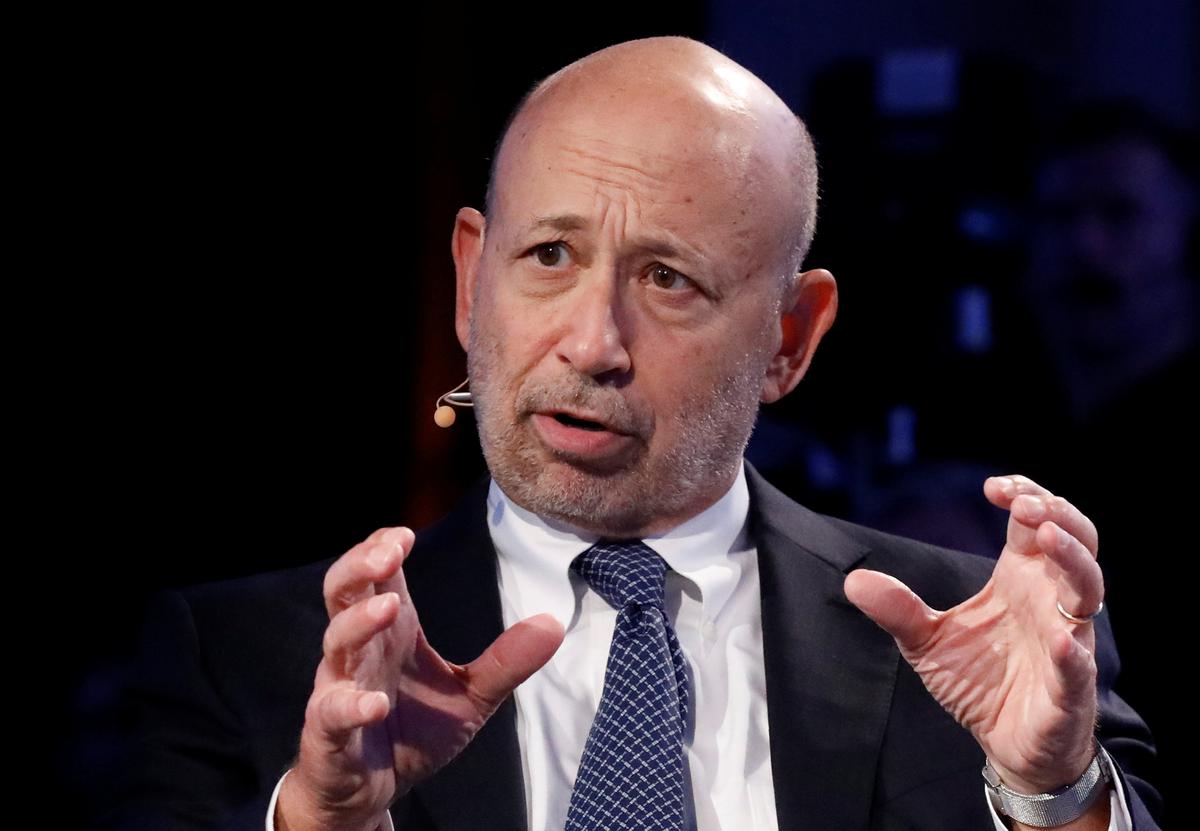 (Reuters) – Lloyd Blankfein could step down as Goldman Sachs Group Inc (GS.N) chief executive as soon as the end of the year, the Wall Street Journal reported on Friday, swiveling the focus to fierce competition between the two contenders to replace him.

Blankfein, 63, one of the longest-serving CEOs on Wall Street, has led what is viewed as the most powerful U.S. investment bank for nearly 12 years. He has outlasted calls for his departure in the aftermath of the 2007-2009 financial crisis and stayed in the job even as he battled cancer.

Blankfein appeared to distance himself from the Journal’s report on Friday afternoon.

“It’s the @WSJ’s announcement…not mine. I feel like Huck Finn listening to his own eulogy,” he tweeted, referring to an incident in the Mark Twain novel Adventures of Huckleberry Finn.

A Goldman spokeswoman declined to comment. The bank’s shares closed up 1.6 percent on Friday.

The Journal, citing people familiar with the matter, reported that Goldman was not looking beyond presidents and co-chief operating officers Harvey Schwartz and David Solomon to replace him. on.wsj.com/2GapHsu

The two men were promoted to their current positions in December 2016. It follows a typical succession plan pattern at the Wall Street bank, which tends to name two or three people into co-head roles until one of them proves to be the right choice for further promotion.

Schwartz, 53, had been a co-head of trading for several years before being named chief financial officer in 2012. A black-belt in karate, Schwartz moved up the ranks at Goldman Sachs after starting in its commodities trading division, in the same manner as Blankfein. reut.rs/13vaOb6

Solomon, 56, had been a co-head of investment banking. Before joining Goldman as a partner in 1999, he spent time in junk bonds and leveraged finance at Salomon Brothers, Drexel Burnham Lambert and Bear Stearns. In his spare time, he spins music at clubs under the pseudonym DJ D-Sol. reut.rs/lgLk2v

If the power transition does happen soon, it will come as Goldman Sachs is trying to re-invent itself.

For years leading into the crisis and coming out of it, the bank relied heavily on trading to bolster its bottom line. But market trends and regulations implemented since 2010 have sapped profits from the trading business.

After long insisting conditions would eventually reverse, management last year outlined a plan to change the nature of Goldman’s trading business by targeting new customers and launching new products, drive more revenue from units such as investment management and push further into consumer lending, a relatively new business for the bank.

Schwartz outlined a target to grow revenue by $5 billion a year in September, after investors pressured the bank to be more transparent about its strategy outlook.

Even with its business challenges, Goldman has remained one of the most profitable big U.S. banks in terms of core earnings relative to shareholder equity. Its stock price has risen 73 percent since Goldman announced in 2006 that Blankfein would become its next CEO through its close on Friday at $270.77.

“Our growth is dependent on the talent of our people, the strength of our culture and the depth and breadth of our client franchise,” Blankfein said last month. “I have enormous confidence in our ability to deliver superior returns to the shareholders over the cycle, as I believe we have.”

Blankfein plans to retire at some point in 2019, which will be Goldman’s 150th anniversary year, the Journal reported. He was named CEO in June 2006 after Hank Paulson left to become U.S. Treasury Secretary.

His former chief operating officer, Gary Cohn, had waited years to succeed Blankfein and left Goldman to join the Trump administration as White House economic adviser. He said on Tuesday he is resigning, without saying what he would do next.

In Avignon, Snatching Theater From the Jaws of New Lockdowns