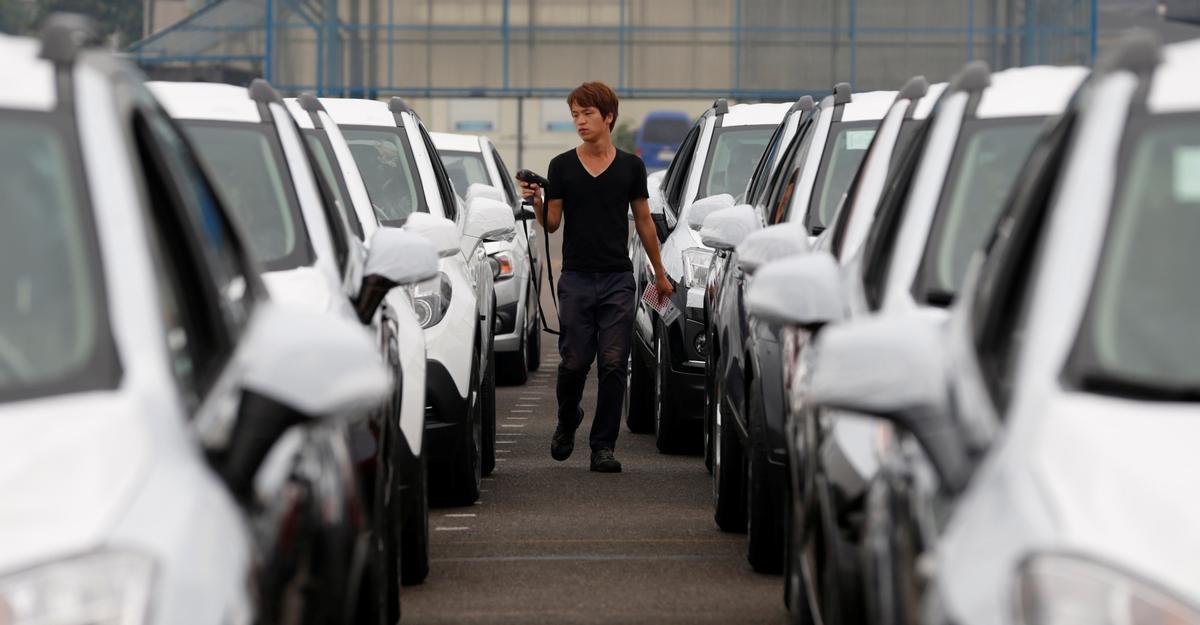 SEOUL, Feb 21 (Reuters) – General Motors (GM) (GM.N) has proposed an investment of $2.8 billion into its loss-making South Korean operations over the next 10 years and has asked Seoul to provide its share of the funds, a South Korean government official said on Wednesday.

The U.S. automaker announced last week it would shut down a factory in Gunsan, southwest of Seoul, and that it was mulling the fate of its three remaining plants in South Korea.

The official, who had direct knowledge of the matter, said GM had asked South Korea to inject funds into GM Korea through KDB. On the basis of its shareholding, KDB would provide around $476 million in investment.

The $2.8 billion investment proposal is separate from a roughly $2.7 billion debt-for-equity swap GM is offering to get financial support and tax benefits from Seoul, the official and a lawmaker said. Reuters first reported the details of that part of the plan on Tuesday.

A GM Korea spokeswoman said she cannot confirm details of the investment.

South Korea’s trade minister, Paik Un-gyu, told parliament on Wednesday the government had first asked for an audit into GM’s “opaque” operations in the country, which directly employ some 16,000 workers.

“By opaque we mean the high cost of goods, interest payments regarding loans and unfair financial support made to GM’s headquarters,” the minister said.

Paik said the South Korean government needed reassurance from GM on its long-term commitment to the country before it can commit funds.

The head of GM Korea’s union said workers will go on a full strike if the U.S. automaker decides to completely pull out of the country.

For now, the 14,000-member union will focus on putting pressure on GM to come up with a concrete turnaround plan, Lim Han-taek, said in an interview.

FILE PHOTO: A worker checks cars made by GM Korea in a yard of GM Korea’s Bupyeong plant before they are transported to a port for export, in Incheon, west of Seoul August 9, 2013. REUTERS/Lee Jae-Won/File Photo

Lim said the union will discuss a full strike and other options at a meeting on Thursday.

“We don’t want to go as far as a full strike,” he said, citing negative public views of South Korea’s auto unions.

“But if GM says it will completely withdraw from South Korea, we will down our tools.”

GM’s decision to close it Gunsan plant was the latest in a series of steps it has made to put profitability ahead of sales and volume. Since 2015, GM has exited unprofitable markets including Europe, South Africa and Russia.

A South Korean lawmaker earlier confirmed GM had put forward a proposal including the investment plan and the debt-to-equity swap.

In return, GM requested South Korea take part in financing the investment and raising capital, according to a statement by Jung You-sub, the lawmaker from Bupyeong, where GM runs its biggest factory in South Korea.

On Tuesday, Barry Engle, head of GM’s international operations, met with a government-appointed task force in Bupyeong and told reporters the company wanted to stay in South Korea.

GM’s international operations head met KDB’s chairman and the Korean union leader, according to the bank and the GM Korea union. The union chief said Engle hoped to wrap up this year’s annual wages talk as soon as possible. KDB did not provide further details about the talk.

Officials from the government and KDB have said that the automaker has not shared sufficient information about its finances or the cause of its mounting losses in the country.

But the automaker’s decision to exit other unprofitable markets have exacerbated problems for GM Korea, which used to build many of the Chevrolet models GM once offered in Europe.